The ban was to go into effect today, but has been delayed until Sept. 27 at 11:59 p.m. local time
READ THIS NEXT
Dunkin’ in sale talks, and Fox News wins election ad spend race: Monday Wake-Up Call 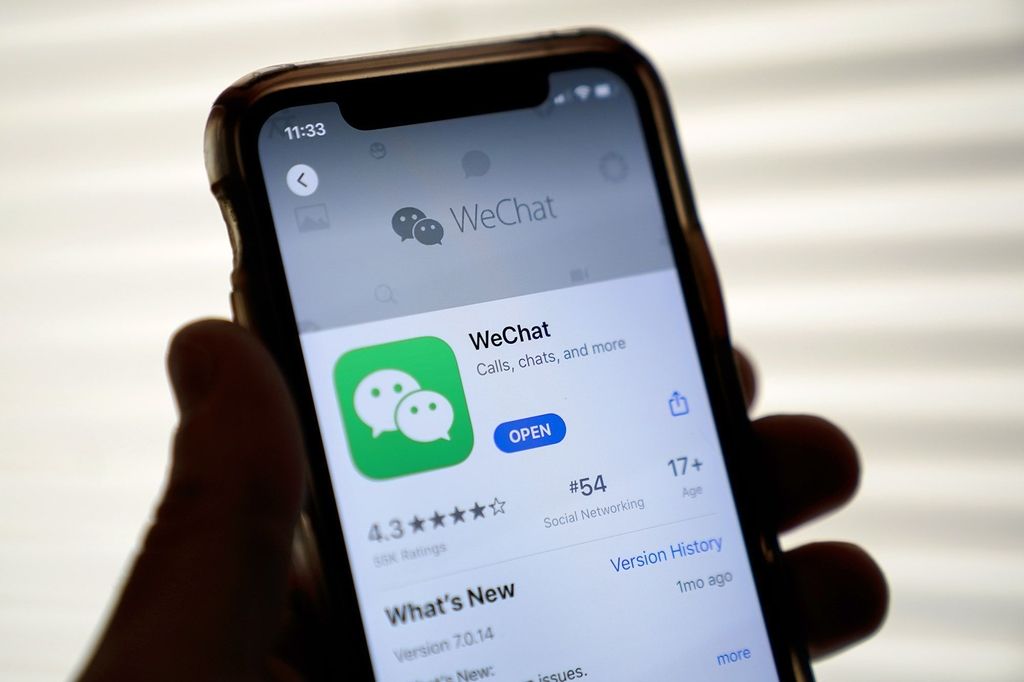 The Trump administration’s curbs on the Chinese-owned “super app” WeChat were put on hold by a judge, a day before they were to go into effect.

Magistrate Judge Laurel Beeler in San Francisco on Saturday issued a preliminary injunction at the request of the U.S. WeChat Users Alliance, which had argued that prohibitions on the app would violate the free-speech rights of millions of Chinese-speaking Americans who primarily rely on WeChat for their communications within the U.S. and with relatives and friends in China.

The injunction was issued after the Commerce Department stipulated on Friday what transactions with WeChat and its Chinese parent company Tencent Holdings won’t be allowed under President Donald Trump’s Aug. 6 executive order.

The U.S. has claimed that WeChat is a national security threat because Tencent is intertwined with the Chinese Communist Party, which can use the app to disseminate propaganda, track users and steal their private and proprietary data.

The government on Saturday delayed a plan to prohibit downloads of TikTok, the popular video-sharing app. The ban was to go into effect today, but the order has been delayed until Sept. 27 at 11:59 p.m. local time, the Treasury Department said after Trump said he approved Oracle’s bid for the U.S. operations of TikTok “in concept.”

TikTok said it is working with Walmart on a commercial partnership and it, along with Oracle, will take part in a TikTok Global pre-IPO financing round in which they can take as much as a 20 percent cumulative stake in the company.

The WeChat users have said the restrictions on the app are driven by election-year politics.

At a hearing Saturday, Michael Drezner, a lawyer for the the government, said the anxiety and uncertainly U.S. WeChat users may experience because of the prohibitions doesn’t entitle them to an order halting the implementation of the restrictions. Their reliance on WeChat is the result of China’s ban on other social media, which has made WeChat the exclusive, Chinese government-controlled option for them to communicate with people in China, according to Drezner.

Michael Bien, an attorney for the WeChat users group, said the Commerce Department’s restrictions on WeChat are a far cry from the “narrowly tailored” measures that the government is required to impose so as not to unnecessarily curtail people’s constitutional rights.

The restrictions are aimed at business-to-business transactions with WeChat and Tencent and will in the first instance affect service providers in the U.S. that maintain the functionality of the app. Over time, however, ordinary users will find that the app’s functionality will degrade, according to Drezner.

WeChat is used by about 1 billion people globally and about 19 million people in the U.S., according to the users group.

“As a ‘super-app,’ WeChat users also rely on the app to make telephone calls, hold videoconferences, upload documents, share photos, and make payments,” the users group said in its complaint. “It has become essential to the conduct of daily life for its users, many of whom regularly spend hours each day on the app.”