Guess Who's Getting Back Together With Jenny Craig? | Ad Age
Skip to main content

Guess Who's Getting Back Together With Jenny Craig?

After Well-Publicized Rift, Kirstie Alley Is Back on the Program
READ THIS NEXT
Facebook considers banning political ads in the lead-up to the U.S. election
Advertising Age Player

Wait until the tabloids get ahold of this: Kirstie Alley and Jenny Craig are getting back together again, nearly seven years after a much-publicized divorce.

The actress stars in an ad breaking today in which she pleads with Jenny to let her "come home" so she can enjoy "yummy food" and lose 20 to 30 pounds. The spot marks the beginning of a new campaign featuring Ms. Alley's "renewed weight loss journey," according to Jenny Craig.

The weight-loss marketer's parent company, CI Holdings, has also acquired a line of diet products Ms. Alley founded four years ago called Organic Liaison, whose supplements are marketed to "help increase energy, promote relaxation, aid sleep, and cleanse your system." Some of the company's key products will be integrated into the Jenny Craig line and sold at the marketer's centers, according to Jenny Craig.

In the new ad, Ms. Alley briefly promotes one of Organic Liaison's products, called Rescue Me, which is billed on the company's website as "the first-ever USDA certified organic weight-loss product." 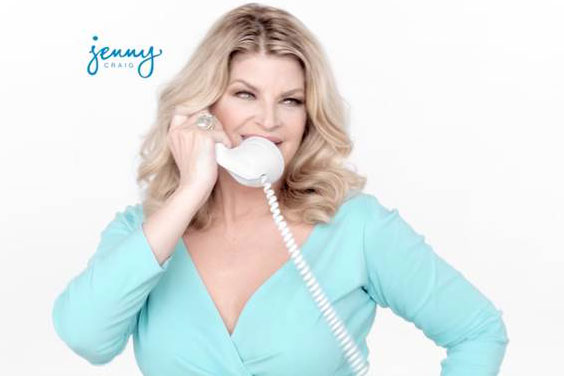 The reunion is surprising, considering that Ms. Alley's departure from the company in late 2007 after a three-year endorsement run was characterized as bitter by some reports. The National Enquirer speculated that she was fired for gaining weight. In 2012, the Chicago Sun Times quoted a "Jenny Craig source" saying that "this was not our favorite celebrity endorsement arrangement." Ms. Alley disputed the tabloid reports and official Jenny Craig spokespeople said the split was friendly.

Those circumstances aside, both parties apparently see value in the new arrangement.

"When Kirstie reached out to us, we welcomed her with open arms," Jenny Craig CEO Monty Sharma said in a statement. "We hope that having Kirstie return as our ambassador will provide continued encouragement to our members who have also struggled with their own weight and are looking for a program that works."

The deal will also assuredly bring some free media exposure to Jenny Craig, which like other weight- loss marketers is fighting to compete against newer options such as free dieting apps. This morning, Ms. Alley was scheduled to appear on NBC's "The Today Show."

The endorsement deal comes after Jenny Craig late last year was sold by Nestle to a private-equity company called North Castle Partners, which also owns Curves fitness clubs. CI Holdings is the parent company of Jenny Craig and Curves. Jenny Craig also has a new ad agency, LRXD, Denver, which created the new ad. In 2013, the account was handled on an interim basis by Havas, New York. 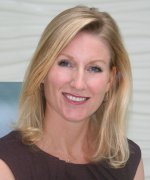 Under Havas, Jenny took a simpler approach with animated ads plugging its portion-controlled food and one-on-one support. The approach eschewed the kind of celebrity-filled before-and-after pictures that have become so common in the industry. Last year, Chief Marketing Officer Leesa Eichberger derided the tactic last as a "sea of same."

So why return to a celebrity in Ms. Alley who is perhaps more linked to weight loss battles than any other star? "Her self-deprecating humor and honesty about her weight set her apart from other spokespeople," Ms. Eichberger said in an email interview. "We believe that her straightforwardness about her weight-loss journey will provide continued encouragement and inspiration to others who may have also struggled with their weight."

In 2012, Ms. Alley was forced to defend a class-action false advertising lawsuit alleging that the celebrity's claim that Organic Liaison program helped her lose 100 lbs. was misleading.

The suit claimed the weight loss was instead the result of "an above-average exercise regimen" including her time spent on the TV show "Dancing With the Stars." The claim was settled last year, according to a report in the San Francisco Chronicle.

Kirstie Alley's roller coaster weight battle has been in the spotlight for more than 10 years.
Here are some of the ups and downs:
Ms. Alley in December signs on as a star Jenny Craig endorser and the following January begins appearing in ads by J. Walter Thompson, New York. 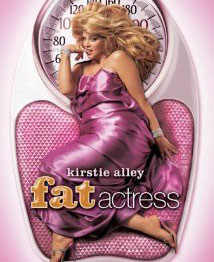 "Fat Actress" premieres in May on Showtime. The short-lived sitcom starring Ms. Alley depicted the struggles of an overweight woman in the entertainment industry.

Ms. Alley strips down to a bikini on the "The Oprah Winfrey Show" in November to celebrate her loss of 75 lbs. She later admits it was a mistake.

Jenny Craig and Ms. Alley part ways in December. The National Enquirer and blogs report that she was fired for gaining weight. Ms. Alley disputes those accounts, telling USA Today that Jenny wanted to go in a "different direction" with ads starring Queen Latifah.

Ms. Alley in February founds Organic Liaison, a weight-loss program based on organic and natural dietary supplements.
And...

Ms. Alley appears on "The Today Show" and disputes charges that Organic Liaison is a front for Scientology.

PLUS...
"Kirstie Alley's Big Life" reality show premieres in March on A&E. The New York Times describes that show as a "low-budget, low-energy reality show in which its star lolls around her large Hollywood mansion, moaning about her weight to her children."

Ms. Alley faces a class-action false advertising lawsuit alleging that the celebrity's claim that Organic Liaison helped her lose 100 lbs. is misleading. The suit alleges that the weight loss was instead the result of "an above average exercise regimen and extremely low calorie diet, including her time on the television program 'Dancing With the Stars,' where she spent five to seven hours a day exercising as part of the competition," the Los Angeles Times reports. Ms. Alley's representatives call the charges "patently false."

Ms. Alley settles the false advertising lawsuit. As part of the deal, Organic Liaison must "remove the term 'Proven Products' from the packaging, as well as issue a disclaimer on the brand's website that it is a 'calorie-based weight-loss product,' " the San Francisco Chronicle reports.

Jenny Craig reunites with Ms. Alley in a new ad in which the celebrity says she wants to "come home."