Kleenex isn't just about cleaning up after sneezes anymore: The Kimberly-Clark Corp. brand has created a tool to predict when your sneezing will start.

The brand is preparing to roll out Achoo, which Kleenex Brand Manager Anna Elledge says is a proprietary forecasting model using Centers for Disease Control data. It will live at MyAchoo.com starting later this month. It goes beyond other cold and flu trackers like Google Flu Trends or the Cold-FX app, by predicting where germs will strike within the next three weeks -- not just showing where they already are, Ms. Elledge said. Preliminary tests suggest the tool is 90% accurate, she said. 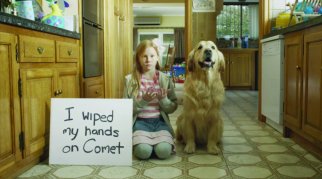 New spots show consequences of no Kleenex on hand.

"What we'll be able to show come late September is the top five to 10 cities predicted to be the hardest hit," she said. Consumers will also be able to enter their Zip Codes at the site to get regional cold and flu forecasts that the company hopes will go, well, viral, as people share them with friends.

The effort also includes a "Kleenex Checkpoints" traveling promotion that starts Sept. 25 in Chicago -- a city that last year was one of the hardest hit by the most severe U.S. cold-and-flu seasons in a decade. After that, Kleenex will largely go where the algorithm moves it, rolling promotion and publicity efforts into towns at highest risk for cold and flu outbreaks.

The idea is to get consumers to stock up on Kleenex before they get sick, rather than buy supplies when they already feel bad. That's reinforced by a TV campaign breaking Sept. 16 from JWT, New York, showing the shame of people who've been forced into unfortunate alternatives when they didn't have Kleenex, such as sneezing into their hands and then wiping them on the family dog.

Those cases are wrapped around a standard blue-fluid demo showing an improved Kleenex tissue absorbing better than "the leading competitor," which would be Procter & Gamble Co.'s Puffs. Kleenex leads the $1.6 billion facial-tissue category with a 46.8% share, up 0.5 points on sales up 2% for the 52 weeks ended Aug. 31, according to Nielsen data from Deutsche Bank.

While the TV buy won't be guided by the predictive model, Kleenex will place geo-targeted digital ads based on Achoo predictions, Ms. Elledge said.