As It Loses to Spirits, Brewing Industry Aims to Revive Brand Beer

Top brewing executives are putting a new urgency on working together to boost the reputation of beer, which has lost favor among some millennial drinkers. The topic is likely to be discussed this week as leaders from MillerCoors, Anheuser-Busch and other beer marketers gather at the Trump Soho hotel in New York for the annual meeting of the Beer Institute, an industry trade group. 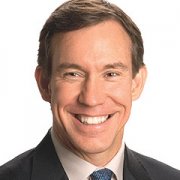 MillerCoors CEO Tom Long will be installed as the Beer Institute's chairman for a two-year term.

It will be the first meeting led by MillerCoors CEO Tom Long, who will be installed as the trade group's chairman for a two-year term. It was Mr. Long who issued a public wake-up call late last year at a meeting of the National Beer Wholesalers Association, telling members that that "the days of beer guys knocking each other around and not worrying too much about spirits and wine is over." In a statement to Ad Age , he said that as BI chairman, he hopes "to bring energy and ideas to the many programs and plans that tell the story about beer being the right choice for consumers and retailers alike."

Beer shipment volumes have fallen for three straight years through 2011, according to Beer Marketer's Insights. And for the 52 weeks ending May 26, volumes fell 0.3%, compared with a 3.2% increase in spirits volume, according to Nielsen, which tracks store sales.

The scope of the new effort is unclear, but there seems to be a consensus that beer needs to emphasize its positioning as the beverage of "moderation," which Anheuser-Busch VP-Marketing Paul Chibe said "gives it a distinct advantage" over other booze options.

Still, leaders have not made any decisions on a communication plan and whether or not that could include a consumer-facing effort such as a TV ad. More likely, the effort will begin with PR outreach to opinion leaders inside Washington, D.C., where the Beer Institute is based. The last big beer image campaign, called "Here's to Beer," came in 2006. It was led by Anheuser-Busch, endorsed by the Beer Institute and included broadcast and online elements. But it later fell apart as AB was not able to lure competitors on board, who rightly calculated that AB would pay for it anyway.

Bob Lachky, a former chief creative officer for AB who led that effort, told Ad Age he was skeptical competing brewers would ever come together again in any significant way. "There's natural jealousy, natural unwillingness to work [together] and, frankly, a Beer Institute that has no authority other than what its members want to do," he said. "And if a majority of members don't want to put money up for something that they think is going to benefit one guy vs. the other, nothing is ever going to happen."