Trio of First-Person-Shooter Titles go Head-to-Head, But Who Will Win?
READ THIS NEXT
What Fernando Machado’s Activision move might mean for gaming, and KFC U.S. CMO exits: Friday Wake-Up Call

Every holiday season has its video-game glut, but 2012 is shaping up as a particularly competitive onslaught, with a "murderer's row" of triple-A titles debuting. The question is , which among them will draw first blood? 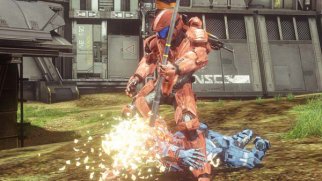 While most video-games franchises put out a new game almost every fall, this year's lineup includes several major sequels for blockbuster titles. Those core "numbered" titles come out less often but garner more attention from casual gamers because they usually signal big changes, such as a new story arc or setting in an existing franchise. This year's include Activision's "Call of Duty: Black Ops II," Microsoft's "Halo 4" and Ubisoft's "Assassin's Creed III."

Those three titles will pull out the big guns when it comes to spending, and with good reason. Last year's "Call of Duty: Modern Warfare 3" raked in $1 billion in sales within 16 days, beating the overall entertainment record set by the movie "Avatar."

Gamers are willing to buy, given pent-up demand. "Consumers are starved for new titles," said NPD Group analyst Liam Callahan last week, noting that there are 25% fewer new titles compared with last year. But the total cost to buy all the "notable sequels" -- 28 games this year -- is $1,430, according to VideoGameWriters.com.

That means marketing will be plentiful, and key to each launch's success. Moreover, the marketing will need to reach mainstream and casual gamers as well as gift givers. "They're hoping to convince the nontraditional gamers to buy, or if they're not buying for themselves, at least have an awareness to buy for loved ones," said Michael Cai, VP-games and technology at Interpret.

Ubisoft, which introduced "Assassin's Creed III" last week, plans to double what it spent on its last campaign (see By the Numbers chart), which until then was its largest in history,—though it declined to offer numbers. "Our goal is to be one of the top two games [this holiday season]. And there's some really good competition out there this year," said Tony Key, Ubisoft senior VP-sales and marketing, referring to "Halo" and "Black Ops." "So when we say top two, we've got to beat one of those other guys."

The marketing strategies of the top three expected titles are quite different.

"Black Ops II" is revealing its story bit by bit, with marketing centered on a live-action TV spot featuring celebrities that continues its "Soldier in All of Us" tag. Teaser spots broke during the NBA finals, with the full live-action spot bowing on NFL's "Monday Night Football" last week. Outdoor campaigns are planned for New York, London and Los Angeles, and Activision also plans to spend significantly on digital. 72andsunny is the agency.

Ubisoft also partnered with Rock the Vote for live events and paired with artists to create patriotic art based on "Assassin's Creed III" and its Revolutionary War theme and is running a gameplay TV spot. Hurricane Sandy mitigated some of its promotional effort, however, when GameStop cancelled launch parties for "Assassin's Creed III" at its East Coast stores, which account for about 20% of all GameStops. Mr. Key said he's confident the game will make up those sales in the coming days and weeks.

Ubisoft does not have an agency of record and worked with internal creative teams and outside shops it declined to name. "Halo 4," launching Nov. 6, has been building a storyline for weeks through a live-action web series called "Forward Unto Dawn," creating a narrative of what has led up to the game. The series follows young cadets in training at the beginning of Human/Covenant war 20 years before "Halo 4," with crossover characters as well as recurring protagonist Master Chief. "Halo" ad agency twofifteen McCann and producer David Fincher have also created a two-minute cinema and digital trailer called "Scanned" that shows further first-ever glimpses of Master Chief's transformation.

Jeremy Miller, analyst with DFC Intelligence, expects "Black Ops" to be the top-selling game this year, followed by "Halo" and "Assassin's Creed." He said any of them could break sales records within the franchise, but he's not as sure about breaking overall records. "Will Call of Duty exceed the (entertainment) record again? Marketing will probably exceed what they've done before, but it's hard to say otherwise. You can look at all the buzz numbers and pre-sales data, but comparing to previous years is difficult because market dynamics are always changing," he said.