SAN FRANCISCO (AdAge.com) -- "Motorola is back," Michael Oryl, editor of MobileBurn, declared to his wife after opening a holiday box of M&Ms branded with the logo of its MotoBlur, the company's new interface that aggregates and syncs applications such as Facebook, Twitter and Gmail. Motorola hadn't pulled these stunts for years, but this season the 81-year-old telecom company has reason to celebrate. 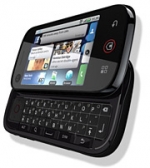 MOTOBLUR: Next big platform
After years of insignificance, management reshuffles, mass layoffs and a drought of hit phones, Motorola's stock price is climbing and its flagship Droid is off to a respectable start, backed by an $80 million push from Verizon. Its Motoblur software -- coming from a company that has long been hardware centric -- has the potential to be a platform that could yield rewards for years to come. And Motorola is ramping up spending behind a new brand positioning with its first Super Bowl ad since 2006.

"Motorola missed the smartphone craze," said Matt Thornton, analyst with Avian Securities. "Between 2008 and 2009, it was completely irrelevant and had nothing to advertise. There are new products coming now, and they're active on the advertising front."

In addition to the Super Bowl push, more campaigns, especially those centered on Motoblur -- a key differentiator for the company -- are in the offing as Motorola moves to communicate its more consumer-centric positioning and handset portfolio, said Bill Ogle, CMO of Motorola Mobile Devices. "As a company, we are more focused than ever before on consumers and what they need and want in a mobile device," Mr. Ogle said. "We've realigned the way we think [which is] to put consumer insights at the beginning of the product development funnel. ... As our new portfolio rolls out, we'll be increasing our efforts around marketing to clearly communicate our updated and differentiated brand positioning and the consumer experiences we'll be delivering."

Considering that a single Super Bowl spot hovers around $3 million, the buy signals a huge shift for Motorola, which spent only $4 million in measured media during the first nine months of 2009, excluding online. That compares to $8 million in 2008 and $20 million in 2007, according to TNS Media Intelligence. Ogilvy is its agency of record for the marketer's handset division.

Not just hardware
"They've done what they needed to do in the first phase of this turnaround," said John Jackson, VP-research, CCS Insight, noting that Motoblur is allowing the company to transition out of its hardware-centric past. "They've gone beyond the device to come up with a technology that lives in the cloud and mashes up your social life on the handset."

Beyond Droid, Motorola's strong start in smartphones was helped by the launch of its T-Mobile-exclusive, social-networking phone Cliq, which uses Motoblur. As Mr. Jackson sees it, Motoblur will serve as the platform upon which other services live on, much in the way that Research in Motion built its famed e-mail services for its BlackBerrys. "This gets them away from the perils of having [to produce] a hit device every quarter. It's somewhat analogous to RIM, where if you're successful, you can suffer a few lemon devices because the platform is your true source of value."

Motorola learned its lessons the hard way, milking its best-selling Razr franchise far too long after its debut in 2004. Compound this with its myopic focus on hardware, and Motorola was slow to see that phones were no longer just fashion -- consumers also sought function, which Apple seamlessly delivered with the iPhone.

Of the cellphones launched since September 2008, the Droid registered the highest online promoter score -- a brand favorability metric that correlates to sales and market share -- following its first month of release, according to strategic planning consultancy Motivequest. And data from Compete shows Motorola's share of consumer interest among carriers hit a high in the days after Droid's launch.

Wall Street analysts are also turning bullish on the company, whose share price has languished since late 2006, coincident with the peaking of Razr sales. Citi upgraded the stock just before the Droid went on sale, and Goldman Sachs raised the stock's price target to $8.50 from $7.50.

Test case
Of course, it's a long way from a sure thing -- the more optimistic forecasts only have the Droid, which launched in early November, selling near or above a million units in the fourth quarter (Verizon's BlackBerry Storm last year also sold a million units in two months). But what's key is that Motorola now has a smartphone roadmap, proving to carriers it still has what it takes to produce hit phones.

The credit for what looks to be the seeds of Motorola's turnaround goes to former Qualcomm executive Sanjay Jha, who was recruited as the company's co-CEO in the fall of 2008 to run the ailing handset division. "[Sanjay] realized the world was changing," said Jefferies analyst Bill Choi. "They've executed quite well in getting a carrier like Verizon to push their product. We anticipate the Droid to be relatively successful."

Still, it's too early to say Motorola is entirely out of the woods. "Long-term, the industry is innovating at a rapid pace, and you need to control the ecosystem as much as possible," Mr. Choi said, holding up Apple's iPhone as the textbook example of hardware-software integration. "You've got to deliver the entire experience of the operating system and the services and applications behind it. I have concerns about how it's going to differentiate, even though it has lots going for it right now."

Ed Zander
NOVEMBER 2005: Chief Marketing Officer Geoffrey Frost, who was widely credited for turning Motorola into a hip brand and pushing the design sensibility through the company that helped spawn Razr, suddenly dies.

MARCH 2008: Mr. Keller gets the boot, after trying to revive Motorola, post-Razr craze. Motorola market share of the U.S. handset market drops to 27%, down from 35% the previous year; Apple, LG and Samsung gain share.

MAY 2008: Motorola names Ogilvy lead global creative agency of record for the company's handset business after an eight-year relationship. 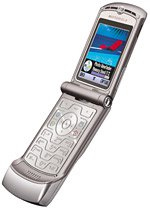 FEBRUARY 2009: Reports grim fourth-quarter 2008 sales; first-quarter 2009 global market share at 6%, down from 10% a year ago. Company considers spinning off beleaguered handset business, at the urging of activist investor Carl Icahn.