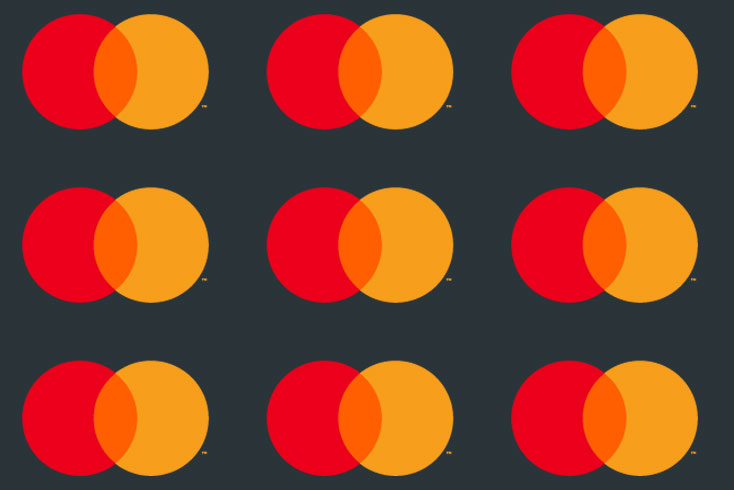 Mastercard has been tweaking its brand in recent years, and it appears to be resonating with customers. The value of the company's brand grew 25 percent to $9.4 billion, the fastest growth of any global company in 2019 according to Interbrand, an Omnicom-owned marketing consultancy that assigns a dollar value to brands based on factors like customer loyalty and financial performance. Mastercard was also listed as “top growing” in last year's ranking.

The company has updated its brand identity this year to support new technologies and its broader shift toward experiential marketing. It dropped its name from its logo in January, switching to a wordless design to accommodate the smaller real estate of digital screens. A month later, it rolled out a custom Mastercard sound identity designed to play during ads, at sponsored events and when customers complete payments or make a purchase through a voice assistant. The company has tested its point-of-sale sound at sponsored events like the New York Times Food Festival and tap-to-pay environments including a Taiwanese transit system.

"We constantly measure how Mastercard is perceived as a brand," says Raja Rajamannar, Mastercard’s chief marketing and communications officer. "What is the likeability of this brand? What is the approachability of this brand?" he says. "There is a perception out there that Mastercard is a credit-card brand because the brand was associated with the category of credit cards for 50 years. That's something that we're trying to change."

The new look and sound of Mastercard comes with a rising brand valuation. The company moved from 70th to 62nd on Interbrand’s latest ranking of the top 100 global brands.

Apple, Google, Amazon, Microsoft and Coca-Cola compose Interbrand's top five for the third consecutive year. The cumulative value of all 100 brands on this year’s list is $2.1 trillion according to Interbrand’s calculation.

Companies who want to grow their brand's value quickly need to make iconic moves, says Daniel Binns, CEO of Interbrand in New York. “All those companies that are fastest growing have in some way done that, not only in the last year, but a few years previously. Mastercard has done that. They've successfully transitioned from card payments to being a technology business.”

This year marks the 20th time that Interbrand has published its most valuable global brands list. The firm focuses on brands that generate at least 30 percent of their revenue outside of the U.S. and have a public profile across the world’s major economies. Interbrand looks at a variety of factors including a brand’s financials, the role that the brand itself plays in purchase decisions, and sustained loyalty to the brand.