Mattel Pushes Barbie as Model of Empowerment for Young Girls 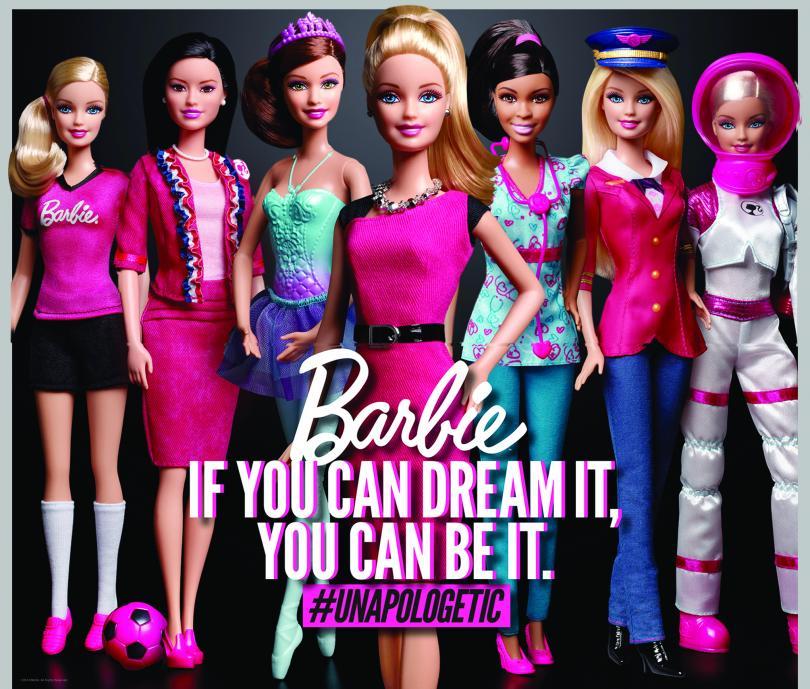 Before Pantene was not sorry, Barbie was unapologetic.

The shapely doll's turn in Sports Illustrated's 50th anniversary swimsuit edition earlier this year stirred widespread controversy, drawing both detractors and defenders. The latter, of course, included Mattel, which maintains the campaign is about Barbie the legend and how far she's come -- hence its #unapologetic hashtag and ad copy acknowledging "constant criticism."

By the toymaker's logic, Barbie may have begun her "career" as a swimsuit model, but over the years evolved into a multifaceted business person similar to real-life models featured over the years in the Sports Illustrated issue including Heidi Klum, Tyra Banks and Kathy Ireland.

Mattel points out that Barbie has had 150 different careers since 1959.

Not everyone bought into that line of reasoning, and the web blew up with chatter from social commentators, mommy bloggers and grandmas who mostly bashed the work.

"We loved that the [issue's] message was all about not only is she capable, but she's also captivating. It was highly disruptive in a really exciting space to be in," said Lisa McKnight, senior VP-marketing for Mattel North America. She added, "Since Barbie's creation she has always empowered girls to be whoever they want to be. … Barbie was an astronaut before Neil Armstrong made it to the moon."

The Sports Illustrated partnership was the first phase in Mattel's yearlong "Anything is Possible" marketing effort for Barbie. The second phase begun in June revolved around the introduction of Entrepreneur Barbie, who had her own LinkedIn account, including a campaign with eight Silicon Valley entrepreneurs sharing their stories.

Fashion Week in New York this week is the scene for the final phase of the campaign. Mattel is partnering with members of the Council of Fashion Designers of America, including Charlotte Ronson and Rebecca Taylor, who will show life-size designs they conceptualized using the new-this-fall Barbie Fashion Design Maker. Social media will include the launch of a Barbie-style Instagram channel. The show kicks off a partnership with Karl Lagerfeld (doll coming in the fall) and retailers Forever 21 and Wildfox. The campaign's creative was handled by Mattel's in-house marketing and media was done by Starcom, the respective agencies of record.

Billboards in Times Square supported all three phrases of the campaign -- one featuring Barbie in a bathing suit; another styled as an entrepreneur; and the third this week in fashionista garb with the hashtag #unapologetic. The campaign's "Anything is Possible" anthem is sung by popular girl band Fifth Harmony, whose Mattel doll likenesses will be coming in spring 2015.

Results for the first two campaigns have been positive, Ms. McKnight said, with the Sports Illustrated Barbie selling out in one week on Target.com. Among Mattel's "career dolls," Barbie is a top performer in the segment so far this year, thanks to Entrepreneur Barbie. The fashion-design-maker app that was pre-launched in July already has 1.6 million downloads.

But for all her purported business sense, Barbie's sales are falling. For the most recent quarter ending in June, worldwide Barbie sales dropped 15% year over year, the third consecutive quarter of double-digit losses. Barbie's brand sales have decreased in eight of the last 10 quarters.

"The big problem is she's seen as old-fashioned compared to other dolls," said Peggy Orenstein, an author who writes about issues affecting girls. "I think it's ironic that this doll that was criticized as promoting an unrealistic body type … is now the wholesome old-fashioned doll."

However, she said, "to say that one product is evil or that one product will make a difference in a girl's life is ludicrous. The issue is that girls -- and boys -- are growing up in a hypersexualized world that defines them by their appearance and reduces them to to appearance at a very young age. … Barbie is just one thing, but she's a lightning rod and she always has been."