McDonald's just might become the country's largest children's book publisher for the month of November.

The chain, which typically offers toys in its kids meals, will package four original children's books carrying a nutritional message Nov. 1 through Nov. 14 with its Happy Meals, the beginning of a massive children's book push expected to last for several years. The chain said it expects to distribute 20 million books in that two-week promotion window.

The books, self-published by McDonald's, will be based on company characters -- but not the Hamburglar or Ronald McDonald.

One book, "The Goat Who Ate Everything," is about a goat who has a big appetite and struggles to eat well but eventually learns to eat smart. Another, "Deana's Big Dreams," shows how Deana, the world's smallest dinosaur, grew tall by eating well.

"We think that this is a fun and engaging way to give a nutritional message to kids," said Ubong Ituen, VP-marketing for McDonald's USA. "This is really the first step in a larger book strategy, and our intent is to continue over several years." 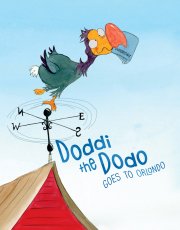 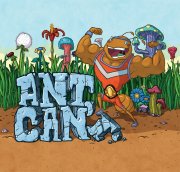 McDonald's says the new books, which will replace toys in Happy Meals for the two weeks, are part of its nutrition commitment made in 2011, when it vowed to seed 100% of its communications toward kids with a nutritional message. That year, McDonald's also began including a smaller portion of fries, along with apple slices in its Happy Meals.

"This is just the beginning," said Ms. Ituen, noting that it was "a natural extension" of the company's nutrition commitment.

The company said the move is also an effort to boost literacy. The timing of the book release coincides with National Literacy Day, Nov. 1. And McDonald's will partner with non-profit Reading is Fundamental to give an additional 100,000 of the books to kids in the U.S.

McDonald's push exceeds 2012 print sales of "The Hunger Games"
"Books are essential for inspiring children to explore, dream and achieve, yet far too many children do not have this basic resource," said Reading is Fundamental CEO Carol Hampton Rasco in a statement. "To change this unfortunate reality, RIF is uniting with McDonald's, a company that embraces the transformative power of books and is committed to helping families and communities thrive. Together, McDonald's and RIF can truly help enrich kids' lives through access to books and by putting the fun back into reading."

The books won't be for sale separately, and McDonald's did not work with an outside publisher for the first four books. The company will, however, work with publisher Dorling Kindersley to release a series of e-books in early 2014, and the goal is to release new content each month. Both McDonald's originals and other books such as the publisher's "The World's Greatest Cities" series will be available for free on the McPlay and McDonald's Happy Meal apps, as well as HappyMeal.com and MeEncanta.com for Spanish versions.

To put McDonald's 20 million run into perspective, consider one of the most popular young-adult lines in recent years: post-apocalyptic trilogy "The Hunger Games." (The eponymous first book came out in 2008, followed by "Catching Fire" in 2009, and "Mockingjay" in 2010.) In 2012, the year "The Hunger Games" film was released, the trilogy sold 27.7 million print and digital copies -- 15 million were print books, according to Publisher's Weekly. So McDonald's is set to give away in a two-week promotion 5 million more books than what "The Hunger Games" trilogy sold last year in print.

This isn't the first time McDonald's has offered books. In the U.K. earlier this year, McDonald's teamed up with publishers Dorling Kindersley and WH Smith to distribute educational books in an effort to boost literacy. With the U.K. effort, however, the books were not original, unlike the U.S. effort.

Critics and consumer watchdog groups have for years been after McDonald's, not just for marketing to kids, but for the contents of its Happy Meals. But Ms. Ituen said that "it's important to note that this is just another part of our commitment to kids' well-being and making nutrition fun for kids."

Ad spending on Happy Meals slashed
McDonald's last month announced an agreement with the Alliance for a Healthier Generation that it would no longer advertise soda for its Happy Meals and would instead focus on pushing milk, water or juice as beverage options on menu boards, in-store and in external advertising.

The Center for Science in the Public Interest initially applauded McDonald's for the effort, but called on the rest of the industry to follow suit. Later that week, however, the watchdog group took issue with the declaration, pointing to what it saw as a loophole -- that McDonald's agreement still allows it to list soda on menu boards.

In recent years, McDonald's has gradually adjusted its kids marketing, shifting away from characters like Grimace and the Hamburglar in ads, and moving on to new ones like Spaceman Stu.

McDonald's has slashed its measured-media spending on Happy Meals, according to Kantar Media. In 2011, the chain spent close to $95 million on Happy Meal spending in the U.S. The following year, it spent $57.4 million. In the first half of 2013, it spent $23.7 million.