McDonald’s picks Beyond Meat for Canada trial but the U.S. faux-meat prize remains

A ‘P.L.T.’ burger with a plant-based patty is coming to 28 restaurants in Ontario for a three-month trial run
READ THIS NEXT
Christian Slater infiltrates the home office for HP, retail workers leave for better pay: Thursday Wake-Up Call 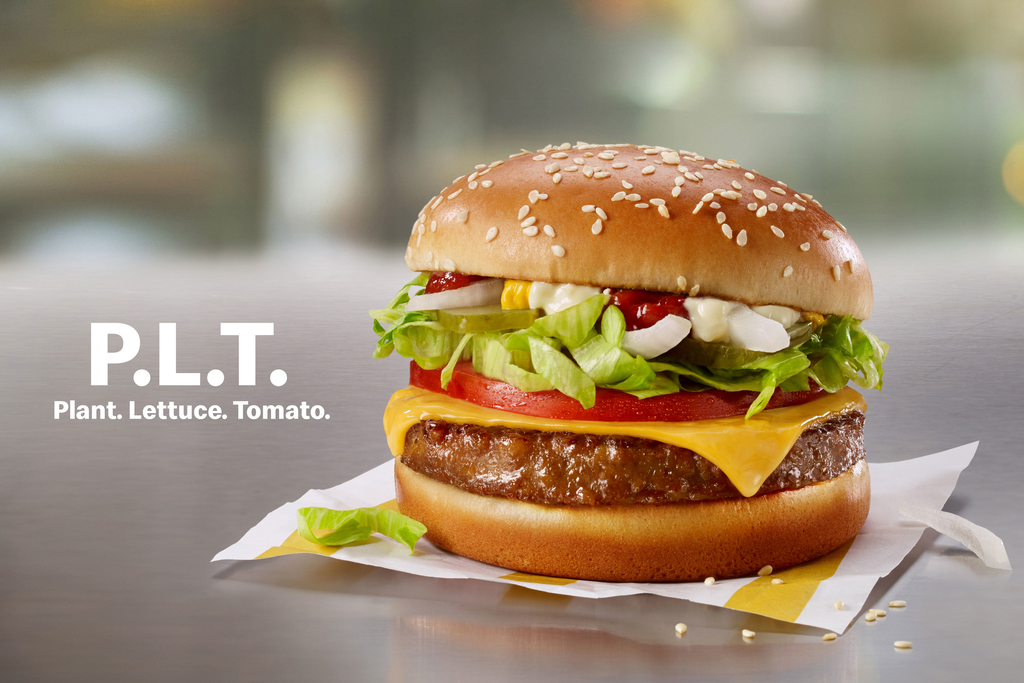 McDonald’s has selected Beyond Meat’s faux-meat patties for a plant-based burger test in Canada. But the real prize will be the fast-food giant’s roughly 14,000 locations in its home market, and that race is still anybody’s game.

The restaurant chain said it will sell the new product, featuring a patty crafted exclusively for McDonald’s, at 28 restaurants in Ontario during a three-month trial run.

The new sandwich will be assessed to “learn more about real-world implications of serving the P.L.T,” which stands for plant, lettuce and tomato. “During this test, we’re excited to hear what customers love about the P.L.T. to help our global markets better understand what’s best for their customers,” Ann Wahlgren, McDonald’s vice president of global menu strategy, said in a statement.

Shares of Beyond Meat surged as much as 21 percent in premarket trading.

The question now is whether a successful Canadian test run could portend a similar tie-up in the U.S., McDonald’s biggest market and the ultimate goal for imitation-meat companies. Rival Burger King has picked the faux-meat market’s other prominent startup, Impossible Foods, for a veggie burger in the U.S. Meanwhile, McDonald’s—and its massive supply chain—appears to be taking a more measured approach to choosing a vegan patty brand in the U.S.

“McDonald’s is an enormous company, and the U.S. such a big market, that they’re taking their time in deciding which is best for them,” says Alain Oberhuber, an analyst at MainFirst Bank. “We have yet to see which brands will do better in retail, and who knows, there may be another big player entering the game. McDonald’s is taking a wait-and-see approach.”

A spokeswoman for the company declined to say Thursday whether McDonald’s was close to selecting a supplier for a similar U.S. product.

“This test allows us to learn more about real-world implications, including customer demand, customer experience, the restaurant logistics of cooking and serving this product to guests, the supply chain logistics of making this product available, and other important information that may inform future decisions,” spokeswoman Lauren Altmin said in an email.

McDonald’s announcement about the Canadian test run comes a day after Nestlé started shipping a new plant-based burger to U.S. supermarkets. The U.S. fast-food company previously selected Nestlé for the launch of a meatless burger in Germany. McDonald’s has also opened vegetarian restaurants in India.

“The burger chain used Nestlé in Germany, and due to their scale seem like the most likely candidate to supply McDonald’s U.S.,” says Bloomberg Intelligence analyst Michael Halen. Nestlé declined to comment.

McDonald’s will not be advertising the P.L.T. in Canada as vegan, even though the patty is made with plant-based protein. That’s because the standard P.L.T. contains non-vegan ingredients like processed cheddar and mayonnaise-style sauce.

“As always, guests can customize and request to hold the cheese and mayo, or any ingredients. However, the patty will be cooked on the same grill as other burgers, meat-based products and eggs,” Altmin said.

The same is true at several rival chains, including Burger King, where employees cook their vegan patties on the same broilers as regular burgers and chicken unless a customer asks for it to be prepared separately.