What's it cost to make a brand ubiquitous? For AT&T, the 2012 spending tally added up to $1.59 billion in measured media, making it the nation's most-advertised brand, according to Ad Age DataCenter's analysis of spending data from WPP's Kantar Media.

AT&T is one of four telecoms on Ad Age's ranking of the 25 most-advertised brands, a list that includes five auto brands (led by Chevrolet), five retailers (topped by Macy's) and three insurers (with Geico far out front). 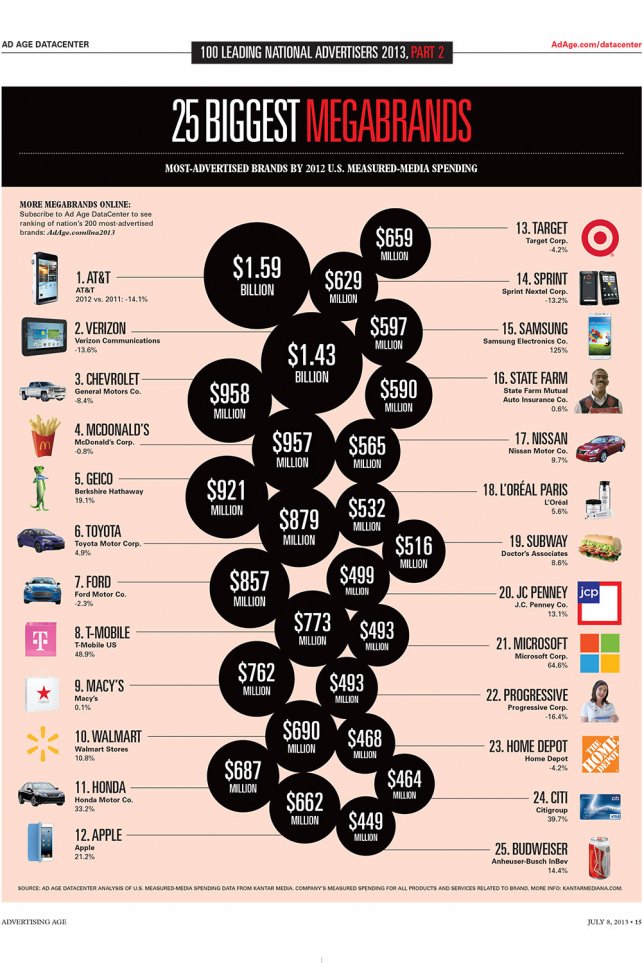