Coffee represents a growing part of JM Smucker's sales, reaching 29% of revenue in the most recent quarter
READ THIS NEXT
Lagy Gaga's Oreo collab predicts a brighter 2021, and the Super Bowl is selling out slowly: Thursday Wake-Up Call 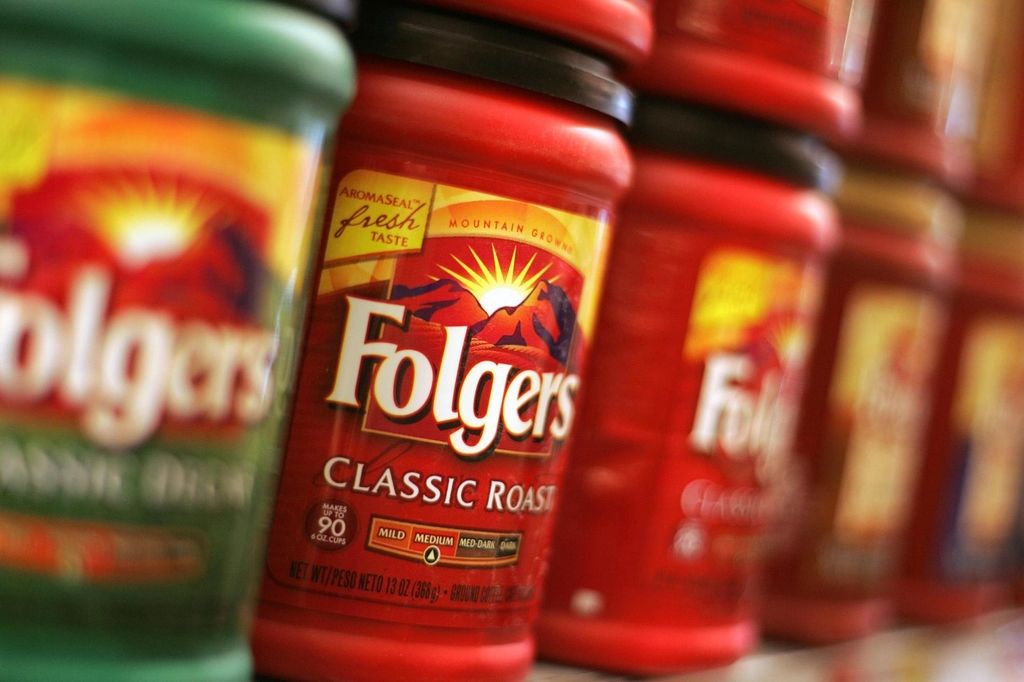 Wall Street may be skeptical, but millennials are warming to Folgers.

That’s according to Mark Smucker, CEO of JM Smucker, which owns the coffee brand that helped introduce the world to ground and instant coffee decades ago with ubiquitous TV ads that called it “the best part of waking up.” While its status in the $9 billion U.S. market for packaged coffee has eroded in recent years, Folgers is now making up some lost ground.

“There was a period when investors were challenging: ‘Do millennials really drink Folgers?’” Smucker said in an interview with Bloomberg News. “Believe it or not, they do drink Folgers.”

His company, which owns a wide range of consumer-food brands, from Uncrustables frozen sandwiches to pet food, has seen its coffee products enter 1.3 million new households over a three-month period, with Folgers leading the way. Smucker singled it out as “one of the brands in our portfolio that benefited the most from the pandemic.”

Smucker, who represents the fifth generation of company leaders from the founding family, spoke about consumers’ pantry-loading during the pandemic—it has moderated after an initial boom—and the outlook for business amid widespread uncertainty.

Packaged food has been one of the areas to benefit in 2020 as consumer behavior rapidly shifted amid lockdowns and COVID-19’s disruption of daily life around the world. Smucker has posted two quarters of double-digit revenue growth after a three-quarter slump. The stock has gained 12% this year, nearly double the rise of the S&P 500 Index.

Coffee represents a growing part of the company’s sales, reaching 29% of revenue in the most recent quarter from 26% a year earlier. Market data from Nielsen show the category remains hot, with packaged coffee sales rising 14% in the 30 weeks through Sept. 26. Smucker said the diversified supply of coffee beans can withstand any renewed retail demand spike in the case of another sudden rise in COVID-19 cases.

JM Smucker also sells coffee under the Dunkin’ and Cafe Bustelo brands, among others. Competition remains fierce, however.

“There was a large initial spike in Folgers sales at the start of the pandemic, but since then, the data shows they have been trailing growth for the rest of the industry,” said James Watson, a beverages analyst at Rabobank. He predicted “a prolonged shift to coffee at home as a result of the pandemic, but most of that shift is happening in premium brands.”

Smucker said the company’s focus is now “on retaining as many of these new households as possible.” It’s revamping the brand for a more modern image, while promoting related products, such as its premium line 1850, a nod to the founding of Folgers’s precursor.

While the meat industry experienced disruption early on in the pandemic due to outbreaks at packing plants, the packaged food industry has avoided any lasting impact on production. Smucker said there could be problems getting enough packaging, but obtaining raw materials hasn’t been an issue.

“We continue to run our plants at full. We do continue to build inventory wherever we can,” he said. “I expect that if there were a second outbreak, that it would not be as pronounced as the first, and that generally the supply chain would hold up.”

He flagged the Uncrustables line as a particularly popular offering, with daily production now reaching as much as 3.5 million of the frozen peanut-butter-and-jelly sandwiches.

The company has built up its brands via acquisitions, buying Ainsworth Pet Nutrition for $1.9 billion in 2018. While JM Smucker is looking at potential acquisition targets, the market has been relatively quiet recently, Smucker said.

“There’s a lot of cash out there chasing not as many assets,” he said.