MillerCoors Calls in WPP for Help On Miller Lite

Holding Company Will Share Account With Publicis' Saatchi
READ THIS NEXT
High-profile departures at General Mills and Ogilvy, and lessons from Peloton’s recall: Friday Wake-Up Call

MillerCoors is expanding its relationship with WPP, moving a portion of the Miller Lite account to a collection of agencies at the holding company. 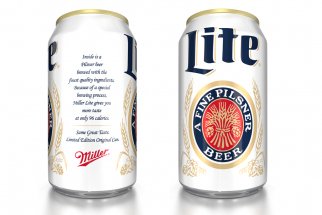 The incumbent, Publicis-owned Saatchi & Saatchi, New York, will remain on the account, but will have to share the workload with WPP. The model is similar to the arrangement WPP created for the brewer in 2012 when it formed a new agency called Cavalry to handle Coors brands and new products, such as Redd's Apple Ale. For Lite, WPP is expected to pull talent from Ogilvy and Johannes Leonardo, which is minority owned by WPP, as well as possibly some other shops.

MillerCoors spent $159.7 million in measured media on Lite in 2012, according to the latest full-year data from Kantar Media.

The move comes 21 months after Saatchi picked up the account when the brewer severed ties with Interpublic Group of Cos.' DraftFCB as part of a larger agency shake-up. Sales growth on Lite has continued to be stuck in negative territory, although the brewer said it is getting a boost from a new retro can design that hit shelves in January.

MillerCoors Chief Marketing Officer Andy England said Saatchi remains the agency of record on Lite, and that WPP's role at this point is limited to creating advertising geared for the all-important summer season. "We have selected work from both agencies [referring to Saatchi and WPP] to go into production and we plan to show all of that work to our distributors at our convention at the end of March," he said in an interview outlining the agency changes. "We have no idea whether there will be life [for WPP] beyond this project," he added.

But the changes will create a significant opportunity for WPP to build on its momentum with the brewer, which began with Cavalry's creation. Mr. England said he wanted to keep the Coors and Miller brands separate, which is why he did not give the work to Cavalry, although Cavalry CEO Marty Stock played a key role in WPP's latest win.

The changes come as the Publicis Groupe moves closer to finalizing its merger with Omnicom Group. The new company will count Anheuser-Busch InBev as one of its largest clients, potentially raising conflict concerns for MillerCoors. (Omnicom Group's BBDO handles Bud Light.)

Indeed, WPP chief Martin Sorrell has not been bashful about citing the merger of his rivals as an opportunity to win clients, and the latest MillerCoors win lends some evidence that his strategy could be working. The strategy is rooted in WPP's "agency team" concept that involves talent from across its agencies. Examples include Cavalry as well as Team Detroit, which was built in 2006 for Ford.

Still, Mr. England said the Publicis-Omnicom merger "certainly didn't play into" the Miller Lite agency move. "Like most people in the business, I have no idea how that is going to play out. But we watch with interest."

But he said he likes WPP's team approach. "The size and scale of WPP and their willingness to put the appropriate resource from across their network on the business is certainly an exciting solution as a client," he said. 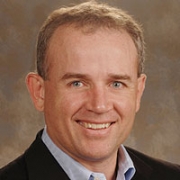 Under Saatchi, Miller Lite has pushed the "Miller Time" tagline with recent ads including celebrities Ken Jeong and mixed martial arts legend Chuck Liddell. Saatchi also worked on spots spotlighting a limited- time release of the original Miller Lite can design. The limited-edition can was originally slated to end its run in March, but Mr. England said the packaging will be extended through Sept. 30.

The packaging, which harkens back to Lite's birth as the first mainstream light beer, "has prompted a remarkable renaissance in the Miller Lite brand," Mr. England said.

In a memo to distributors today, MillerCoors said the can will become part of the "Miller Time for America" summer program, including "new white aluminum pints and promotional secondary packaging featuring the original can." Stated the memo: "Consumers love it, and the numbers prove it. Miller Lite can sales-to-retailers are up 8.9% year-to-date."

Miller Lite, which is the fourth-largest beer in the U.S., is in need of a prolonged boost. Sales to retailers fell by "mid-single digits," in the quarter ending Dec. 31, according to SABMiller, which is a co-owner of MillerCoors along with Molson Coors.

The agency changes come in the wake of significant management changes at Saatchi, New York. Con Williamson, who was the shop's chief creative officer, and John Dunleavy, an exec VP and a managing director who oversaw the MillerCoors business, recently left for Erwin Penland, which is part of Interpublic Group's Hill Holliday. In November Brent Smart, Saatchi & Saatchi New York's former managing director, took over as CEO replacing Durk Barnhill.

Their departures prompted MillerCoors to being looking elsewhere, and led to the WPP assignment, Mr. England said. "To Brent [Smart's] great credit, Brent jumped straight into action to build a team to address the needs of the Miller Lite brand," he said. "But at the same time we were concerned about having all of our eggs in their basket given those changes."

Saatchi's Miller Lite business was under some pressure even before the changes. The brand, like other big light beers, is battling new competition from craft beers and spirits. Market share fell from 7.2% in 2011 to 6.9% in 2012, according to Beer Marketer's Insights, which tracks shipments. The "Miller Time" campaign, which broke in March of 2012, revived an old tagline for a modern age with ads that portrayed fellowship among drinkers.

Mr. England said the brand plans to stick with the tagline.