MillerCoors plans to bring back the classic tagline for Miller Lite as a means to lift the brand out of a prolonged slump, according to multiple people familiar with the matter. 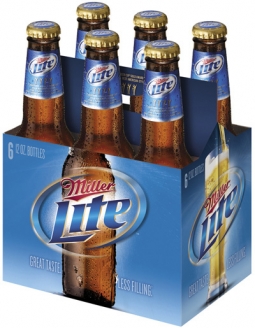 New ads are still in development but are expected to be unveiled at a distributors' meeting later this month. The effort will replace the "Man Up" campaign by DraftFCB that positioned Lite as a great-tasting beer by mocking men who choose other brands. While the brewer does not appear ready to abandon the taste positioning, the "Miller Time " tagline suggests more of an emotional appeal.

The lead agencies on the campaign are DraftFCB, Chicago and Saatchi & Saatchi, New York, which recently took on Lite in addition to other MillerCoors brands such as Keystone and Miller High Life, as Ad Age reported in January.

MillerCoors declined to discuss specifics, but a spokesman said: "We are looking forward to sharing our plan on how we're going to restore growth to Miller Lite with our wholesaler partners in a few weeks." The annual spring meeting will be held in Las Vegas at the end of March.

"Miller Time " was introduced in 1971, when McCann Erickson, New York, launched the tagline for High Life. The brewer has returned to the classic line in ads at least a couple of times since, including in 2000, when Ogilvy & Mather used it in a Miller Lite campaign featuring drinkers bonding with one another and the beer.

While the brewer has moved on to other taglines for TV ads, "Miller Time " never really went away. The catchphrase can still be found on bar signage, for instance, and remains one of the most-recalled lines in beer advertising alongside other classics such as "This Bud's for You." Miller Time even has multiple entries on urbandictionary.com, including: "After a long, hard day's work, you come home, grab a Miller Lite out of the fridge and enjoy a few cold ones."

The problem lately has been that drinkers are increasingly grabbing other brews. Lite shipments dropped by 4.3% in 2011, and market share declined to 7.2% from 7.4%, according to Beer Marketer's Insights. Like other big beer brands, Lite has struggled in the face of less spending by blue-collar drinkers and more competition from spirits and craft beers. But the brand has fallen further than most of its competitors. For instance, Bud Light shipments dropped 1.2% in 2011, Beer Marketer's reported. The Anheuser-Busch brand is the overwhelming market-share leader, at 19.1%. Lite ranks fourth, behind sibling brand Coors Light (8.7%) and A-B's Budweiser (8.4%).

While Coors Light has thrived thanks in part to a consistent message of Rocky Mountain cold refreshment, Lite has struggled to find a winning theme. (DraftFCB is the lead agency on Coors Light.) Short-lived campaigns for Lite in recent years have included the "Man Laws" campaign from Crispin Porter & Bogusky, which focused on general ideas of manliness rather than product attributes; and the "Ultimate Light Beer" tagline from Bartle Bogle Hegarty, among others.

MillerCoors turned to "Man Up" in 2010 after DraftFCB won the account in 2009. The spots feature what some have called overly "sophomoric" humor, showing men who choose competing brands being mocked for "unmanly" behavior such as screaming like a girl on a roller-coaster. Still, some industry insiders say that such over-the-top comedy has long worked in the beer category, especially with the targeted male audience. It's too early to tell the exact tone of the new Lite campaign, but the phrase "Miller Time " seems to be a more positive call to action, compared with asking drinkers to "Man Up."

One MillerCoors distributor said he is ready for a change. When asked for his take on "Miller Time ," he said: "I'd have to wait until I see what the creative is . I'm just hoping for some exciting stuff."

The pressure is undoubtedly on.