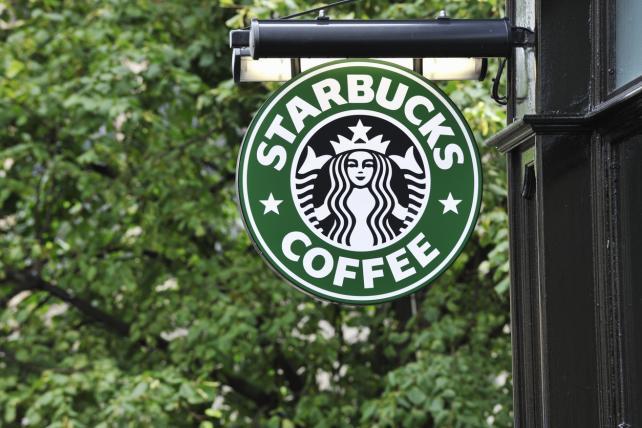 Welcome to Ad Age's Wake-Up Call, our daily roundup of advertising, marketing, media and digital news. What people are talking about today: Nestle and Starbucks just inked a deal to form what they're calling a "global coffee alliance," and that's not just corporate hyperbole -- it's a big deal. Nestle will pay Starbucks $7.15 billion upfront in cash for the right to sell Starbucks packaged products in places including supermarkets, Bloomberg News reports. And people will be able to buy Starbucks capsules to use in their Nespresso and Dolce Gusto coffee machines. "With Starbucks, Nescafe and Nespresso, we bring together three iconic brands in the world of coffee," Nestle Chief Executive Officer Mark Schneider said in a joint statement. The deal doesn't include ready-to-drink products. Read more on Bloomberg News.

Fresh beef
McDonald's is launching a big marketing push for its fresh beef, cooked-to-order Quarter Pounders this week, and as Ad Age's Jessica Wohl writes, "bringing fresh beef patties to nearly all of its U.S. restaurants has been in the works for years." (That's fresh beef, as opposed to frozen.) For the ads, McDonald's tapped the star power of Charles Barkley, Luis Fonsi, John Goodman and Gabrielle Union. The creative, from dedicated Omnicom Group agency We Are Unlimited, features people left speechless as they savor the burgers, with random celebrities doing the talking for them. It's sort of like Amazon's Super Bowl spot "Alexa Loses Her Voice," but it's about Quarter Pounders instead of smart speakers. Confused? Watch it here.
Also: A guy named Don Gorske ate his 30,000th Big Mac at a McDonald's in Wisconsin, Inc. reports.

3,000
Finally, it seems, we're about to see the 3,000 Russia-linked Facebook ads that ran before and after the U.S. election in 2016. Only a few dozen have been released so far. But now, The Wall Street Journal writes, Democrats on the House Intelligence Committee are getting ready to release the whole batch. The disclosure might come this week, or it might take longer, the Journal says, because Democrats and Facebook are haggling "over how much information about users who liked, shared and commented on the ads should be redacted." This whole process has taken forever. Facebook gave the ads to Congress in October. That was seven months ago, and we're a few Facebook scandals beyond this by now.

'Orwellian nonsense'
For foreign brands operating in China, these are complex times, and with potential pitfalls everywhere -- even in oddly mundane places. As The New York Times reports,

"Tensions between Washington and Beijing have spilled into a new and unexpected battleground: the pull-down menus on airline websites, where customers click on departures and destinations."

Chinese authorities told 36 airlines to axe any language from their websites suggesting that Hong Kong, Taiwan and Macau aren't part of China. The White House's response was surprisingly pointed. "This is Orwellian nonsense and part of a growing trend by the Chinese Communist Party to impose its political views on American citizens and private companies," said a statement from White House press secretary Sarah Huckabee Sanders. China's Foreign Ministry shot back, saying that foreign companies doing business in China must respect Chinese law. This is a big deal: For a similar infraction, Marriott International was forced to shut down its Chinese website and app temporarily this year. And companies are very, very nervous about angering the powers that be in a country of nearly 1.4 billion consumers.

Just briefly:
Snack attack: Mondelez International, maker of Oreo and Chips Ahoy, is buying a new cookie brand. It plans to acquire Long Island-based Tate's Bake Shop for approximately $500 million, according to a statement. This is part of the trend of big food companies snapping up small, fast-growing brands that tap into changing consumer desires and needs. Tate's, known for its thin, crispy cookies, also has a gluten-free dessert line.

Ad-free: Facebook's new dating service will be free, and it won't have ads, Recode reports. It also won't use "data associated with a user's dating profile or behavior to target them with ads on other Facebook properties, according to a spokesperson," the report says.

Huh: "Late last year, the ad agency Y&R, using a division of the firm that had previously overseen cultural immersion projects in Myanmar and Ecuador, deployed strategists to immerse themselves in cities like Indianapolis and Milwaukee, Wis." -- from a New York Times story about advertisers making more effort to understand consumers in Middle America.

Creativity pick of the day: Bonobos, the menswear brand bought by Walmart last year, has pants in 172 sizes and fits. As Ad Age's Adrianne Pasquarelli writes, its new campaign features "172 men of varying shapes, sizes, ages and ethnicities in a 30-second TV spot." Check it out here.