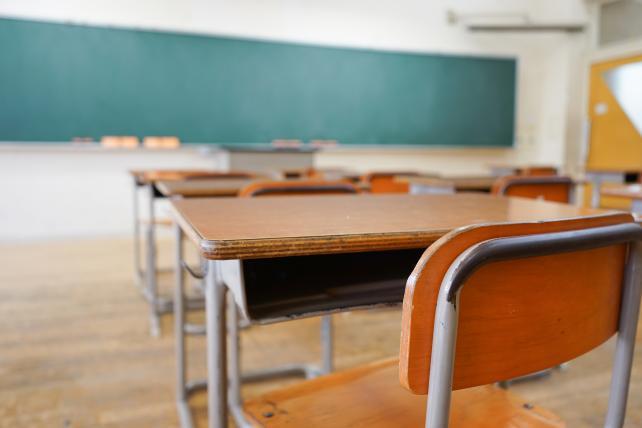 What people are talking about today
Singers, actors and sports stars are rallying around a Tennessee boy named Keaton whose mom posted his tearful message about bullying on Facebook. "Just out of curiosity, why do they bully?" Keaton asked his mother in a video that instantly went viral, with 21 million views in days. "What's the point of it? Why do they find joy in taking innocent people and finding a way to be mean to them? It's not ok! " Keaton's mother, Kimberly Jones, wrote that she had to pick her son up from school Friday because he was afraid to go to lunch. Keaton has received messages of support from Justin Bieber, Katy Perry, Demi Lovato, Snoop Dog, and UFC champs Daniel Cormier and Tyron Woodley. If you haven't seen it yet, Keaton's emotional message is here.

YouTube, YouTube, YouTube
There's lots of YouTube news today; first, check out Ad Age for Jeanine Poggi's Q&A with JoJo Siwa, a 14-year-old star on YouTube and other social media. (She's the one behind the craze for big hair bows.) Siwa also has a multiplatform deal with Nickelodeon, which has licensed hundreds of products featuring Siwa and her dog, a sign of the times "as an increasing number of teens and tweens turn to YouTube as their source of entertainment," as Poggi writes. Siwa says YouTube is her "No. 1," but she tells Poggi that she does actually watch TV. "Grey's Anatomy" is her favorite show.
Also: Forbes released its annual list of the top earning YouTube stars of 2017. Among the top 10 is a six-year-old named Ryan (of Ryan ToysReview) who made $11 million from YouTube this year, Forbes says. That's some college fund.
Lads gone wild: A YouTuber in Britain cemented his head into a microwave for a video stunt, and firefighters had to free him, USA Today reports. The firefighters were not impressed and said it took them away from others in need.

The mouse chases a fox
The Walt Disney Co. is still reportedly in talks to buy many pieces of 21st Century Fox Inc., and The Wall Street Journal says an agreement may be reached by next week. The Journal also says the Fox movie studio could be "scaled back significantly." And it adds: "Some people close to the deal talks said Twentieth Century Fox could become a production label within the Walt Disney Studios, akin to Pixar and Marvel." In which case, it says, there would be job losses. Variety says talks had progressed to the stage where both sides had bankers studying the fine print. It's important to note, of course, that this isn't a done deal, and everything could still fall through.
Sobering thought: Why would the Murdochs want to break up their empire? Here's Bernstein Research analyst Todd Juenger, as quoted in Variety: "Maybe the Murdochs have looked at the future and realized their business is a declining asset, worth more today than it ever will be in the future. So if you can sell it today, at a premium – do so."

'A stain on America!'
On Friday, CNN got a story about President Trump very, very wrong. (Details here; in essence, the report said candidate Trump and one of his sons had received an email giving them access to hacked documents from Wikileaks before they were public, though in fact the email was sent after they went public. Which is a big difference.) CNN corrected the error, and the president seized on the occasion for more CNN-bashing on Twitter. ("Their slogan should be CNN, THE LEAST TRUSTED NAME IN NEWS!") And when a Washington Post reporter posted an inaccurate photo on Twitter before quickly removing it and apologizing, Trump said he should be fired. All errors, big and small, by reporters are fodder for Trump's meta-narrative that the media is untrustworthy. And as Axios says, "This is a battle of epic proportions. We have a president waging a relentless war against all media, minus Fox News and pro-Trump organs."

What's next: On Monday on NBC, Megyn Kelly will interview three women who accused Trump of sexual misconduct.

Cheil's new boss
Seoul, South Korea-based agency Cheil Worldwide has a new president and CEO after Daiki Lim stepped down. Jeongkeun Yoo, previously executive VP, began his career at Cheil in 1987, with varied experience in creative, planning and sales. Cheil says he has worked on almost every South Korean client that Cheil serves, including Samsung electronics and AmorePacific cosmetics. Cheil is the 17th largest agency company by revenue, according to Ad Age's DataCenter, and it owns The Barbarian Group, Iris Worldwide and McKinney; Lim had been Cheil's CEO since 2012.

Just briefly:
Game over: Facebook appears to have phased out its "ticker" feature, the box that showed you what your friends had commented on or "liked," according to TechCrunch.

Max Clifford: Disgraced celebrity PR agent Max Clifford has died of cardiac arrest in a British hospital after collapsing in prison, the BBC says. Clifford, 74, had been convicted of indecent assaults on women and young girls.

#MeToo: An actor accused Cade Hudson, a publicist at that time for a marketing and brand management firm, of asking him in 2013 for "sex in exchange for access to directors and a movie star," The Los Angeles Times reports. The article quoted from a statement that Hudson says his recollection is that the actor "laughed off" their exchange. Mr. Hudson is now a prominent agent at Creative Artists Agency. (Clarification: An earlier version of this item did not state that Hudson wasn't yet employed by CAA at the time of the alleged incident.)

Clueless: Wish.com was bashed on social media for promoting plus-size tights with photos of super-skinny models stretching them over their entire bodies; read more on People.com.

Creativity pick of the day: Spotify is immortalizing the artists on its influential hip-hop playlist, Rap Caviar, by making sculptures of them, Greco-Roman style. Read more by Alexandra Jardine, and watch the video, narrated by Pharrell Williams, here.