Monday Wake-Up Call: The end of the Leslie Moonves era at CBS. Plus, are bigger iPhones coming? 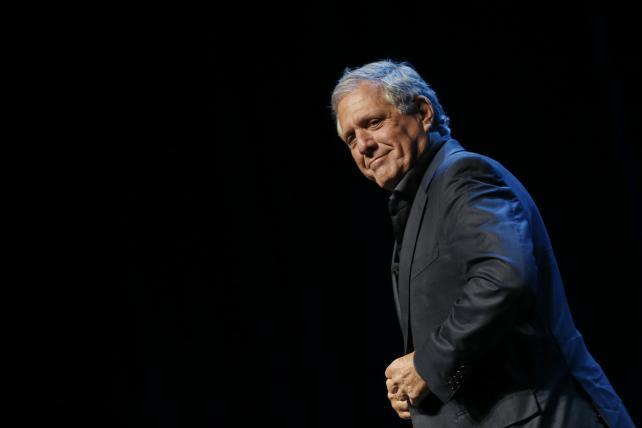 Welcome to Ad Age's Wake-Up Call, our daily roundup of advertising, marketing, media and digital news. You can get an audio version of this briefing on your Alexa device. Search for "Ad Age" under "Skills" in the Alexa app. What people are talking about today: Leslie Moonves has stepped down as CEO of CBS Corp., ending his reign as one of the most influential executives in entertainment. The company announced his departure "effective immediately" late Sunday, hours after The New Yorker reported on six more women accusing Moonves of sexual harassment or assault. Moonves acknowledged three of the encounters but said they were consensual, the magazine says.
There was a lot to digest in Sunday's statement. As Ad Age's Jeanine Poggi writes, the company also announced that it settled its legal dispute with Shari Redstone's National Amusements over control of the company, which promised not to propose a CBS-Viacom tie-up for at least two years. There was a CBS board shakeup. Also, Poggi writes,

"Moonves and CBS will donate $20 million to organizations that support the #MeToo movement and equality for women in the workplace, according to a statement from the company. The donation, which will be made immediately, will be deducted from any severance pay that CBS may owe Moonves."

Moonves will not get severance benefits for now, but CBS left open the possibility that he could, depending on what the company's investigation finds and what the board decides. COO Joseph Ianniello is president and acting CEO, but the board is searching for a permanent replacement for Moonves. Let the guessing game begin.
#MeToo: Moonves is "the most prominent and powerful entertainment executive to be forced from his job as the #MeToo movement brings men to account for misbehavior across corporate America," The Wall Street Journal says.
What Moonves says: "Untrue allegations from decades ago are now being made against me that are not consistent with who I am," says Moonves, who joined CBS in 1995. Read his full statement in Variety.
One outspoken tweet: Rachel Bloom of "Crazy Ex-Girlfriend" linked to The New Yorker article and tweeted: "As an employee of CBS, I would just like to say that Les Moonves should be fired without getting a f----ing dollar." Her show airs on The CW, a joint venture between Warner Bros. Entertainment and CBS Corp. Bloom posted that tweet before Moonves stepped down; afterward, she added a new comment: "Good. CBS: in the spirit of the new year, let's make this the beginning of a new era."

AT&T and the future of TV ads
Ad Age's Jeanine Poggi has a can't-miss profile on Brian Lesser, the CEO of AT&T's advertising and analytics unit, who has big plans to modernize TV advertising in the age of Google and Facebook. As Poggi writes:

"The pains of TV advertising are obvious, even to Lesser's 9-year-old son, who was watching TV on a recent evening and said, 'Dad, I keep seeing the same commercial over and over. That's bad, right?'"

There have been hopes of reinventing TV advertising before. Will this time be different? As Poggi writes, "AT&T's acquisition of Time Warner (which the Justice Department is attempting to appeal) gives the company the pipes for distribution, premium content from networks like TBS, TNT and CNN, and a plethora of mobile and TV data."
Tech-savvy Lesser used to oversee billions in ad spending as CEO of GroupM's North American operations. "There's never been someone like Brian Lesser doing Brian Lesser's job," says Rob Norman, GroupM's former global chief digital officer. "Therefore, you would think, if anyone was going to make it happen, he would."

A tale of two football leagues
When it comes to ratings, National Football League games fare better than the rest of TV – even in the case of the lackluster NFL kickoff game last week between the Atlanta Falcons and Philadelphia Eagles. As Ad Age's Anthony Crupi writes: "The 19 million TV viewers NBC averaged over the course of the 3-hour game dwarfs its entire stable of scripted fare," including hit dramedy "This Is Us."
Investors are betting there's an appetite for even more football, with games packaged in a way that appeals to digital natives. In a new article out today, Crupi looks at the new Alliance of American Football, whose 12-week season starts Feb. 9 and which optimizes "the one element that guarantees the sport will still have a following in the generations to come: gaming." And as Crupi reports, the new league is set to announce a three-year partnership with MGM Resorts International as the official sports-betting partner of the league. Read more here.

Apple XL
Apple is about to launch two iPhones with its biggest-ever screens, The Wall Street Journal reports. At its big event coming Wednesday, the company will announce "a lower-priced device with a 6.1-inch LCD display and a pricier one with a 6.5-inch display using more advanced, OLED technology, according to people familiar with the plans," The Journal writes. The company plans to update its iPhone X, which has a 5.8-inch screen. (Apple declined official comment to The Journal.) The report comes as Apple is making a bet on entertainment content, which will obviously look better on bigger screens. One question though: Will the bigger phones fit in the pockets of our jeans?

More on Nike: What does sponsor Nike think about Serena Williams' behavior at the U.S. Open Finals? One sports business expert argues in Forbes that Williams' "second-set emotional meltdown, as well as her post-match comments, cannot make Nike pleased ... and certainly aren't consistent with Nike's ideals."

Here she is: Miss New York Nia Franklin was crowned Miss America on Sunday in the first competition without a swimsuit contest. Read more via USA Today.

Changing of the guard: The first episode of Christiane Amanpour's "Amanpour & Company" airs tonight on PBS; the interview show replaces "Charlie Rose" after the host was accused of sexual misconduct. Read more in The New York Times.

What next?: Tim Armstrong, CEO of Verizon's Oath, is reportedly in talks to leave the company as early as October. Ad Age's George Slefo looks at his options.

Meanwhile in China: Jack Ma, the co-founder of Chinese internet giant Alibaba Group, will step down as executive chairman and hand control to CEO Daniel Zhang in a year. Read more in The Wall Street Journal.

Campaigns of the day: J. Crew's new campaign casts itself as a brand for everybody, a tactic for fighting years of persistent sales declines, as Ad Age's Adrianne Pasquarelli writes. The fashion brand's new digital marketing spotlights real people from different organizations outfitted in the brand's gear, including Save the Waves, which protects coastline ecosystems, and Girls Inc., a girl-empowering nonprofit. Watch it here – and then compare it with Macy's new fall campaign, which employs a similar something-for-everyone strategy and stars a diverse group of real women. Are models out of fashion this season?