Monday Wake-Up Call: Apple cracks down on Alex Jones and InfoWars, plus other news to know today | Ad Age
Skip to main content
Sign In Register

Monday Wake-Up Call: Apple cracks down on Alex Jones and InfoWars, plus other news to know today 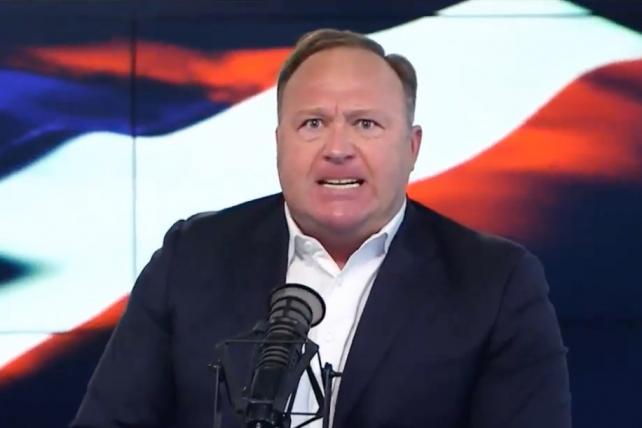 Welcome to Ad Age's Wake-Up Call, our daily roundup of advertising, marketing, media and digital news. You can get an audio version of this briefing on your Alexa device. Search for "Ad Age" under "Skills" in the Alexa app. What people are talking about today: Apple just cracked down on content from conspiracy theorist Alex Jones and his InfoWars platform. As BuzzFeed News reports, Apple removed five of six InfoWars podcasts from its iTunes and podcast app directories, including "The Alex Jones Show." The only one that remains is "Real News With David Knight." While YouTube, Facebook and Spotify have taken steps lately to penalize Jones for violating content rules, a BuzzFeed reporter tweeted that Apple's approach is "a pretty significant move by a big tech company in that it treats Jones' content as a whole rather than judging on a case-by-case basis."
What Apple says: The company "does not tolerate hate speech, and we have clear guidelines that creators and developers must follow to ensure we provide a safe environment for all of our users."
Reminder: Jones has said he believed the Sandy Hook school shooting in 2012 was a hoax, and several families of victims are suing him for defamation. The parents of 6-year-old victim Noah Pozner say they have moved seven times to escape harassment and threats from people who believe Sandy Hook conspiracy theories.

#MeToo, CBS and Murphy Brown
The "Murphy Brown" reboot on CBS will have a #MeToo-related episode. And the show's creator says the idea was in the works "many months ago," long before The New Yorker reported on sexual harassment allegations against CBS CEO Leslie Moonves. Series creator Diane English said during a Television Critics Association's press tour that the show fully supports the investigation into the claims against Moonves, according to EW.com. She added: "None of us had a negative experience like that at CBS. We never experienced any kind of sexual misconduct. No one on my crew has."
The show, starring Candice Bergen, debuts Sept. 27, and for those too young to remember the original from the '80s and '90s, the title character is a feisty newscaster. Or as The Hollywood Reporter wrote in a (very colorful!) 1988 review, the fictional broadcaster "chews No. 2 soft pencils for lunch and goes through secretaries like a rotary mower ingests swamp grass."
By the way: Jeff Fager, the executive producer of CBS' "60 Minutes," was also accused in The New Yorker article of inappropriate touching and of tolerating harassment by men in his division. With a probe soon to be wrapping up at CBS, Fager "has decided to stay on vacation," CBS News said. Read about it in Variety.

Sorry
In other news about the news industry, the Newseum in Washington, D.C., came under fire last week for selling T-shirts bearing the slogan "You Are Very Fake News." (Read more on that by Ad Age's Megan Mowery.) A lot of people found it bizarre that the museum was selling merch emblazoned with President Trump's media-bashing catchphrase, since its mission is to boost public understanding of the need for a free press. Over the weekend, the Newseum apologized for the T-shirts, adding something that should be obvious: "A free press is an essential part of our democracy and journalists are not the enemy of the people." But it says it will keep on selling "Make America Great Again" merch, which had also raised eyebrows. "As an organization that celebrates the rights of people from all political spectrums to express themselves freely, we've historically made all types of political merchandise available for our guests to purchase," the statement says. FWIW, there are a few other unexpected items in the Newseum shop, including a sleeveless men's tank top with the slogan, "Just exercisin' my right to bare arms."

'Disneyflix'
The New York Times has some new details on Disney's upcoming streaming platform, and, surprise, surprise!, there will be some remakes. The Times reports that:

"At least nine movies are in production or advanced development, with budgets ranging from $20 million to $60 million. Disney is remaking two musicals from its animation library as live-action films: 'Lady and the Tramp' (1955) and 'The Sword in the Stone' (1963).

There will reportedly also be a remake of the 1987 flick "Three Men and a Baby," starring Tom Selleck, Steve Guttenberg and Ted Danson. Which itself was a remake of a French movie, "Three Men and a Cradle."
Also worth noting: "To the surprise of many in Hollywood," as The Times says, the exec who has creative oversight of its programming is a marketing guy: Ricky Strauss, longtime president of marketing for Walt Disney Studios.

Just briefly:
Boldly going where he's gone before: Sir Patrick Stewart will reprise his role as Jean-Luc Picard in a new "Star Trek" series to air on CBS All Access, the company's streaming video platform.

Swap: Gary Vaynerchuk says he's willing to do a barter: office snacks in exchange for his company's services. He's got an application for interested food companies, and he adds: "P.S, when you fill out this form, bear in mind that if you're asking for $100K in services from me, I'm going to expect $100K in coffee, chips, or goods in general in return." Read more in the Ad Age Agency Brief by Ad Age's Megan Graham and Megan Mowery.

'Snapchat dysmorphia': Patients with something dubbed "Snapchat dysmorphia" are "seeking out cosmetic surgery to look like filtered versions of themselves instead, with fuller lips, bigger eyes, or a thinner nose," three doctors write in JAMA Facial Plastic Surgery. (Does Instagram get off the hook here, then?)

Apology of the day: Missouri newspaper The Laclede County Record apologized for a typographical error in a candidate's political ad. The candidate wrote "that in his business, his biggest ASSETS are his people. We printed ASSES. It is an error spell check won't catch," the newspaper's publisher wrote. Read about it in The Kansas City Star.

Ad strategy of the day: Annie's Homegrown, the General Mills brand, has some new ads out from Pereira O'Dell New York; the brand also just "updated its mac and cheese, which is being touted as 'yummier than ever' with a creamier sauce and a cheesier taste," Ad Age's Jessica Wohl writes.

Creativity pick of the day: Today we have six picks, courtesy of the Commercial Directors Diversity Program. They're spec ads created by talent in the training program. One, for example, is an Adidas Original spec ad featuring dancers on stilts, an Afrofuturistic lens and some arresting tunes. As Ad Age's Ann-Christine Diaz writes, they're "a glimpse into what more diversity can do for advertising." Check them out here.