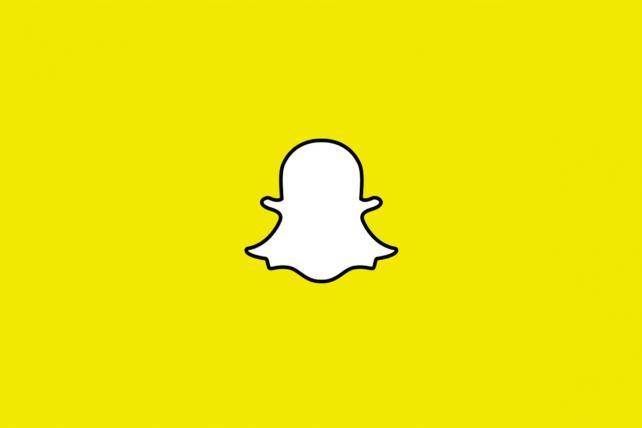 Welcome to Ad Age's Wake-Up Call, our daily roundup of advertising, marketing, media and digital news. What people are talking about today: NBC's "Jesus Christ Superstar Live in Concert," starring John Legend in the title role, got some rave reviews, both from real critics and from the armchair variety. There were some odd moments involving advertising: Legend played Jesus, but he reappeared during an ad break as a pitchman for Google. On Twitter, there was a lot of griping about commercial breaks; some people said there were too many of them, or that they ruined the mood. On Twitter, one guy quipped: "I see Jeep got the coveted post-crucifixion spot."

Shade
Snapchat got super-snarky with rival Facebook for April Fools' Day. It created a Snapchat filter to make your photos look like a Facebook post, complete with blue background and "likes." But the writing on the faux Facebook page was in Cyrillic, apparently to mock Facebook's problem with Russian government-linked trolls and bots. The Verge, which spotted the prank, calls it "a genius amount of shade." Ad Age has generally tried to avoid covering brands' April 1 gags. But given the Facebook-Snapchat rivalry, and how Facebook has "borrowed" so many Snapchat features, this one seems worth mentioning. Because yes, it was April Fools' Day, but Snapchat's insult was for real.
More on April Fools' Day: Amid all the concerns over Tesla's finances and future, Elon Musk cracked a few April Fools' jokes on Twitter, apparently to show that he's not worried. He mocked Tesla doubters and nonbelievers by tweeting that the company had gone "completely and totally bankrupt. So bankrupt, you can't believe it." And he posted a photo of himself, supposedly passed out next to a Tesla Model 3, "surrounded by 'Teslaquilla' bottles, the tracks of dried tears still visible on his cheeks."

Agency of the future
Ad Age's "Agency of the Future" print issue is out today. It's a tricky time for adland, as Lindsay Stein writes, with fast-moving changes in technology, data, talent, client budgets and competition from consultancies. The big questions, as Stein writes, are: "What will agencies have to do to stay ahead of this incessantly shifting industry? And what does the agency of tomorrow look like, anyway?" One prediction is that "midsize shops that lack the advantages of either small or large agencies may suffer the most."
Also: In-house creative agencies are doing better creative work and being smarter about luring talent. Ad Age's Adrianne Pasquarelli writes that they've "gotten wise to the office perks long afforded by ad shops—free snacks, a design-minded office interior with lots of collaborative space, and frequent group outings and activities."

The future of pitching
Pitches are changing too, and some of the old traditions don't always work, as Ad Age's E.J. Schultz writes in "The New Pitch Process: Shorter, Faster, Better." Some brands are less interested in flashy presentations and more interested in meeting not just the big guns, but the agency employees who will actually be working with their brand. Joanne Davis, founder of agency search firm Joanne Davis Consulting, tells Schultz that agency reviews should focus on "'Let's sit down and have a conversation and see if we think alike,' as opposed to 14 people standing up putting on a Broadway production."

Another day, another data breach
These are tough times for department stores, and now there's also this: Cybercriminals are believed to have stolen over 5 million credit and debit card numbers belonging to shoppers at Saks Fifth Avenue and Lord & Taylor, The New York Times reports, citing research from a cybersecurity firm. The Hudson's Bay Co., which owns both retailers, says it's waiting for more information. "Once we have more clarity around the facts, we will notify our customers quickly and will offer those impacted free identity protection services, including credit and web monitoring," the company says. Axios reminds us of past breaches affecting "Yahoo (3 billion people), Equifax (147.9 million), and Uber (57 million) — just to name a few." A few days ago, Under Armour said a data breach affected about 150 million accounts on its MyFitnessPal app; that one involved email addresses and passwords but not payment information.

Just briefly:
Hitting pause: Fox News' Laura Ingraham is taking what she described as a pre-scheduled Easter vacation with her kids this week. Advertisers including Liberty Mutual, Johnson & Johnson and Hulu dropped her show last week after she mocked a teenage Parkland survivor, then apologized. (ICYM, read more on Ad Age.) Another advertiser, Bayer, said this weekend that it had stopped advertising on her show.

RIP: TV writer-producer Steven Bochco, who was behind series including "Hill Street Blues," "L.A. Law" and "NYPD Blue," died Sunday at age 74, according to The Hollywood Reporter.

K-pop diplomacy: South Korean K-pop is generally banned in North Korea. In a sign that relations between the countries are improving, North Korean leader Kim Jong-un watched a K-pop concert in his country's capital. Bloomberg News says he was "clapping along and posing for pictures" with K-pop group Red Velvet.

Groupspeak: Deadspin put together a viral video of dozens of Sinclair Broadcast Group anchors forced to read the same script about the dangers of fake news, a message that parrots themes dear to President Trump. Sinclair owns or operates 173 local U.S. TV stations, according to CNN.

Creativity pick: In Belgium, Burger King's April Fools' campaign revolved around a giant, in-home touch screen kiosk that lets you order Whoppers from your own living room. (No, of course it doesn't really exist.) Read more by Ad Age's Ann-Christine Diaz, and watch it here. The best part: In French, Whopper is pronounced "Whooper." As the voiceover says, "An urge for a Whooper cannot wait."