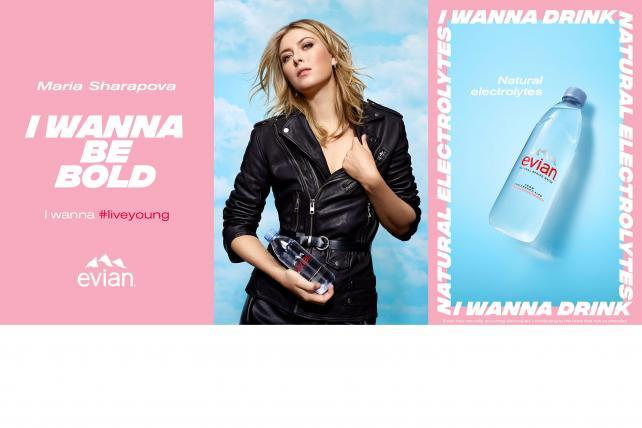 Welcome to Ad Age's Wake-Up Call, our daily roundup of advertising, marketing, media and digital news. You can get an audio version of this briefing on your Alexa device. Search for "Ad Age" under "Skills" in the Alexa app. What people are talking about today: Martin Sorrell's battle with WPP to buy Dutch digital production company MediaMonks could come with a sweetener for MediaMonks executives. According to the U.K.'s Sunday Times, Sorrell is expected to offer core staff at MediaMonks a 25 percent stake in his new acquisition vehicle S4 Capital as an incentive for accepting the deal.
Over half (55 per cent) of MediaMonks is owned by private equity firm Bencis, while the rest is in the hands of a small group of its staff. The story quotes a source as saying that the structure "would reflect the interests of staff in the digital world."

AT&T's big plans for HBO
If anyone thought AT&T would keep its hands off of HBO, we have a bridge to sell you. Following its acquisition of Time Warner, AT&T has big plans for the cable network, according to The New York Times, which obtained a recording of a recent town hall meeting at AT&T's headquarters in Manhattan.
The recording reveals that in an hour-long talk, Warner Media's new CEO John Stankey, a long-time AT&T exec, said it would be a "tough year" and described a future in which HBO, according to the Times, would be "bigger and broader" in hopes of substantially increasing its subscriber base. "We need hours a day. It's not hours a week, and it's not hours a month. ...You are competing with devices that sit in people's hands that capture their attention every 15 minutes," the Times reports Stankey saying, noting that the words "Netflix" and "Amazon" never crossed his lips but were clearly in his mind.

Bye-bye, Evian babies
Ad Age's E.J. Schultz reports that after nearly 10 years, the premium water brand is ditching its well-known campaign featuring babies roller-skating, dancing, surfing and more beause they're "no longer the best representation of the youthful attitude it wants to portray in the States."
Instead, the brand has a new tagline, "I Wanna," meant to appeal to "multidimensional people who live a life of their own design," according to a campaign description. In new outdoor and digital ads by AKQA, the babies are replaced by tennis stars Maria Sharapova and Madison Keys, along with Luka Sabbat, a model, "Grown-ish" actor and self-described "creative entrepreneur" who has 1.2 million Instagram followers. The global campaign featuring the babies, by Paris agency BETC, continues.

'Carnival of resistance': In more baby news, Donald Trump visits the U.K. later this week and will be greeted by a giant blimp floating above London representing POTUS as a angry baby in a diaper. Last week, Ad Age's Simon Dumenco told us everything we need to know about the the Trump baby blimp and how it came about and, this morning, The Guardian details the larger "carnival of resistance" that will greet Trump during his visit. As well as various marches, efforts include a website, Top Trump Targets, encouraging people to donate to groups Trump "has sought to exclude or marginalise."

Facebook's AI strategy: One of Facebook's biggest challenges is how to spot harmful content. To help it in its mission, the company is utilizing artificial intelligence, reports Ad Age's Garrett Sloane. Sloane desribes how the company is directing AI's machine learning toward rooting out toxic dialog like hate speech and sniffing out fake accounts designed to undermine democracy. Is it working? To find out, read more here.

'Creepy' robots in retail: Would you rather be served by a robot or a human in a store? AI is one of the top five tech priorities of retailers, according to Forrester Research, but as Adrianne Pasquarelli reports in Ad Age, brands are still grappling with how to use robots without creeping out consumers. "It's the uncanny valley problem. When something resembles a human too closely, but is not there yet, it makes people uncomfortable," says Andrew Frank, an analyst at Gartner. Read more here.

Groupon for sale? Groupon could be looking for a buyer after 10 years as an independent company. Recode reports that Groupon executives, as well as its bankers, have contacted several public companies in the past month to spark interest in acquiring the daily deals specialist, which it says is thought to be worth $2.4 billion.

Ant-Man's extra buzz: Walt Disney Co.'s "Ant-Man and the Wasp" did well at the box office over the weekend, taking $76 million in the U.S. and Canada, reports the Wall Streeet Journal. The sequel outdid the original "Ant-Man," which debuted at $57 million, it reports. Maybe adding a female Wasp character, played by Evangeline Lilly, was a smart move.

Sky war zone: The bidding war in the U.K. for broadcaster Sky heats up. Comcast is expected to formally submit its $39 billion takeover bid this week, but, according to the Guardian, Rupert Murdoch's 21st Century Fox is expected to get clearance from the U.K. government to lodge a new bid. The fight comes as Disney and Comcast compete to take over most of 21st Century Fox, which owns 39 percent of Sky.

Creativity Pick of the Day: KFC could be in danger of jumping the shark (or should that be jumping the chicken?). After his commencement address to graduates in Portland, Oregon, last month, the brand's latest outing for mascot Colonel Sanders, this one played by actor George Hamilton, is a cameo on "General Hospital." Hamilton made a guest apperance on the ABC show as part of the ongoing Wieden & Kennedy campaign for the fast-food company, but as Ad Age's Jessica Wohl reports, not all fans were impressed by the gimmick. "This tie-in is scraping the bottom," tweeted one.