Multicultural Is the New Mainstream for Brewers in Search of Growth

The color lines are blurring in the beer business.

In an emerging multicultural strategy, brewers are making fewer overt appeals to African-Americans and Hispanics in targeted media. Instead, marketers are finding subtle ways to talk to all demographics at once in general-market campaigns meant to appeal to a drinking audience that is growing more diverse by the day as more millennials turn 21. Here's what viewers can expect: Fewer ads filled with frat-boy antics and more spots with music, including from hip-hop artists with crossover appeal.

It's really a matter of survival. Hispanics and African-Americans are expected to drive 70% of beer growth from 2000 to 2020, according to industry estimates cited by Heineken USA. But rather than segmenting the markets, some brands have found better results with more inclusive general- market advertising. African-Americans have influence over white drinkers, and Hispanic audiences are so large and acculturated that it's imperative to speak to both in general-market media.

"Brands are finally seizing the opportunity and moving beyond this age-old assumption that you have to lead mass efforts through general-market insights," said Ahmad Islam, managing partner of multicultural agency Commonground, which works on MillerCoors brands. "The idea that you can actually lead with more of an urban sensibility in the right context and still have relevance to the masses is ... being more broadly embraced." 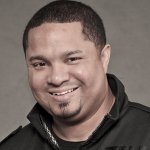 Ahmad Islam
And there is some evidence the new approaches are working. Bud Light, Coors Light and Miller Lite all had higher perception scores among millennial African-Americans and Hispanics this spring, according to a survey by YouGov BrandIndex.

This is good news for multicultural shops, which are winning more business from brewers, including general-market assignments. (Notably, when MillerCoors recently reshuffled its agency roster, Commonground and Hispanic shop Bromley survived unscathed, even as the brewer cut ties with longtime Coors agency Interpublic Group of Cos.' DraftFCB in favor of a newly formed entity at WPP.)

Coors Light is doing more testing of general-market ads with Hispanic and African-American audiences "to make sure they see themselves in the work just as much as the overall market [does]," said Al Patel, VP-multicultural marketing for MillerCoors. The brewer had historically underperformed with Hispanics and African-Americans. But the two demographics drove all of the brand's growth last year, Mr. Patel said, helping Coors Light pass Budweiser as the nation's second-bestselling beer behind Bud Light.

Sometimes the smallest details matter the most. Consider an ad Commonground did for Coors Light a couple years ago featuring an African- American man boarding the iconic Coors Light cold train. He is shown leaving work, giving his colleagues a traditional handshake. But when he gets onboard, he greets his buddies with a "dap," a more casual, rhythmic handshake common in African-American communities.

The contrast hits "what is a reality for a lot African-Americans, especially male professionals, which is living in this dual world: The way I have to behave in my professional world vs. the way I behave and function when I'm with my friends," Mr. Islam said. While that subtlety might escape a white viewer, there is a more universal message: There's nothing like a cold beer after a long workday. One of Coors Light's most successful general-market spots was originally conceived as an African-American-targeted campaign. It features hip-hop mogul Ice Cube arguing with a bottle of Coors Light over which is colder, Cube or the brew.

When Commonground first approached MillerCoors Chief Marketing Officer Andy England with the ad, he told the shop that it "feels much, much bigger than just African-American," Mr. Islam recalled. So they unleashed it into the general market last year. It was the right call. The ad stole the show when it made its debut at a distributors meeting, drawing big cheers from the overwhelmingly white crowd of wholesalers.

MillerCoors still targets specific audiences, even ramping up efforts to reach Hispanics in their neighborhoods with point-of -sale messaging touting its sponsorship of a Mexican soccer league. But even within Hispanic communities, lines are blurring. For instance, Bromley, the brand's Hispanic agency, used to create separate Coors Light TV spots for Puerto Ricans and Mexicans. The Puerto Rican ads were more urban, while the Mexican spots featured Western gear such as cowboy hats.

But as the percentage of U.S.-born Hispanics has grown, the ads evolved to include partygoers of all ethnicities, including some spots that are running in the general market. The ads are "portraying folks as how they see their world. [And] they see their worlds as pretty diverse worlds, so it has to be relevant and real in terms of how they live their lives," said Ernest Bromley, CEO of the shop.

Inclusion was also on the mind of Heineken USA when it launched its "Legends" campaign last year. One spot shows a man charming his way into a lavish party filled with people of all colors, nationalities and cultures. At the same time, the importer scrapped its African-American-targeted TV ads because the "Legends" campaign tested exceedingly well with the demographic, according to Heineken.

Anheuser-Busch, meantime, is making music a bigger part of its advertising because "music has a cultural relevance that is transcendent," Mr. Chibe said. The brewer has given heavy mass-media airplay to a Bud Light spot featuring Cuban-American hip-hop star Pitbull by Hispanic agency LatinWorks. And A-B recently announced a Labor Day weekend music festival called "Budweiser Made in America," headlined and curated by Jay -Z and featuring rock, hip-hop, R&B, Latin and dance acts.

Steve Stoute, CEO of Translation, an A-B ad agency that helped develop the festival, said: "I don't see [the festival] as African-American ... I see it as inclusive and responsive to mirroring what's taking place in America today."