How Nascar Plans to Get Back on the Fast Track

With a $4.5 Billion TV Deal and Toyota in the Fold, the League Is Out to Prove '06 Was Just a Speed Bump
READ THIS NEXT
Sephora plans dozens of new U.S. stores in bet on physical retail resurgence
Mark Martin knows how to plug a sponsor.
Credit: 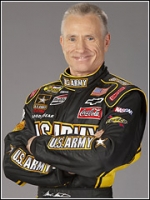 Mark Martin knows how to plug a sponsor.
He's kidding, of course. This is the same Mark Martin who, after winning a Nascar Craftsman Truck Series race in a car sponsored by Scott's Turf Builder, did "doughnuts" in his car that ripped up the infield lawn and then said on live TV, "That grass is gonna need some Scott's Turf Builder."

Pivotal year
Nascar, of course, cares very, very much. And the infield, bleachers and TV sets are going to need some more fans if Nascar wants to make those sponsors forget 2006. As drivers practice here at Daytona International Speedway for Sunday's Daytona 500 and the start to the 2007 season, the $3 billion business of Nascar is facing a pivotal year.

"It's a key moment in time, no question," said the chief marketing officer for one of Nascar's many sponsors. "As I said last year, [2007] is the time to nip any potential problems in the bud. Right now, there's no concern. In November, if we look back and Nascar had another year like 2006, well, then you start to wonder if you're trending down."

So every marketing step this year is geared toward finding a balance between pleasing Nascar's longtime fan base and attracting new fans.

Unprecedented changes
The racing league -- emboldened by a group of blue-chip sponsors that in turn receive the backing of the most brand-loyal fans in sports -- is poised to take advantage of an unprecedented series of TV and marketing changes and is eager to prove 2006 was just a pit stop after years of meteoric growth. The changes include a new eight-year, $4.48 billion TV deal in which ESPN/ABC replaces NBC as one of two national broadcast partners (Fox is the other, while cable's TNT will also broadcast six races); the addition of Formula 1 driver Juan Pablo Montoya to the circuit, giving Nascar a chance to market to the Hispanic fan base; and the presence of Toyota, which crashes the major American automakers' formerly exclusive domain in Nascar.

"We think we're going to have the bases covered," said Dick Glover, Nascar's VP-broadcasting and media. "The hardcore fan is going to be attracted by what [cable's] Speed Channel is doing with more track-side programming. ESPN has the ability to speak to the hardcore fan and the casual fan. We relaunch Nascar.com [today], and there's an awful lot in there for both the hardcore and casual fan. And then we have HotPass."

Juan Pablo Montoya: Nascar is capitalizing on the driver by trying to tap the Hispanic market.
HotPass is a DirecTV creation that each race week will feature a dedicated channel for five selected drivers. Thus, a Dale Earnhardt Jr. fan can watch a race specifically from his perspective, with a pair of announcers tailoring their commentary toward Mr. Earnhardt.

Another venue for sponsors
In addition, HotPass creates yet another venue for Nascar's sponsors, many of which will pony up $18 million just to field a driver for a full 36 races this year and splash the company name across a uniform and the hood of a car. It's certainly a worthwhile venture -- according to Ann Arbor, Mich., sponsor-evaluation firm Joyce Julius, Nascar's sponsors received a total of $6.6 billion in TV exposure last year.

The infield-shredding (and sponsor-savvy) Mr. Martin pointed out the importance of having ESPN back in the intricate Nascar ecosystem. "There is a relationship all the way around between Nascar and the fans and the sponsors and television," Mr. Martin said. "That's why I'm glad ESPN is onboard again. That's like having an old friend back in your life."

The self-proclaimed worldwide leader in sports returns after a seven-year absence and will bring its multiplatform marketing to the racing league. ESPN plans to blow out coverage on its main network, but will also feature shoulder programming such as "Nascar Tonight" on ESPN2 and coverage on ESPN Radio, ESPN.com and in ESPN the Magazine.

"Nascar has a tremendous fan following, tremendous advertisement involvement, and now it has our ability to take the sport even higher," he said. "You have a sport that is ready to take the next step in its evolution."

Appealing to hardcore fans
ESPN trotted out a campaign last month touting its Nascar coverage. Nascar will break its own campaign during the Daytona 500 that is a tip of the cap to the hardcore fan, some of whom say the racing league has drifted away from its core roots and fans in an attempt to reach the masses.

The first two of five TV spots from the Martin Agency, Richmond, Va., are themed around "Go to a Race and See Things Differently."

"Last year, Nascar advertising focused on the great new things in store for fans throughout the season," said Jim Obermeyer, VP-brand and consumer marketing for Nascar. "This year, the spotlight shines on how Nascar fans tend to see things a little differently once they've experienced a Nascar event live. The spots are a wink and a nod to the Nascar insider who understands the world through a Nascar lens."

But even the hardest of hardcore fans will see differences this year. Mr. Montoya, for one, is a global icon because of his success on the Formula 1 circuit.

"I don't want all that pressure," Mr. Montoya said with a laugh when asked about his ability to add to Nascar's 75 million fans by delivering the Hispanic fan base. "I do hope we draw more fans, however. And, yes, I can see where my presence might facilitate that."

Nascar sees it as well. It held a "Montoya Summit" in Charlotte, N.C., last fall to see how it could tap into the 42.7 million Hispanics that represent the largest minority population in the U.S. The initial efforts will be subtle, such as having all Nascar races that ESPN broadcasts also run on ESPN Deportes.

Seven Toyota teams
Mr. Montoya will run in a Dodge, which, like Chevy and Ford, has dominated the Nascar scene for its 50-plus year existence. Now Toyota, which previously fielded teams in Nascar's lesser circuits, will enter the Nextel Cup fray with seven teams, all driving Camrys.

Hardcore fans have bristled at the thought of a "foreign" manufacturer entering teams in Nascar, but most drivers and owners -- while fearful that a healthy Toyota will be able to spread more money around than the struggling U.S. automakers -- welcome the addition.

"Any problems will blow over," driver Carl Edwards said. "Having Toyota brings us another manufacturer, another sponsor, another advertiser. It's all good."