Old Navy is set to unveil an overhaul of its T-shirts, a key product category.

The new Best-Tees collection, which highlights the retailer's ongoing efforts to improve its offerings, includes new silhouettes, softer fabrics and more flattering fits. The line will be hyped by a marketing campaign beginning tonight and featuring the aptly named Mr. T, as well as a massive product giveaway.

"It's always a big deal when a company reformulates any of its iconic products," said Deborah Yeh, VP-marketing at Old Navy. "For the marketing team, it's a tremendous opportunity to address what's new about this iconic item."

Yet it's a program the marketer is undertaking without a president or chief marketing officer at the helm. The retailer has been without a CMO since last summer, while President Tom Wyatt departed last month.

"Myself, our creative partners, the rest of the team are still committed to doing our jobs," Ms. Yeh said, while declining to comment specifically on the open positions. "While we always appreciate having great leaders working with us, we feel we have a fantastic team with us on the ground." 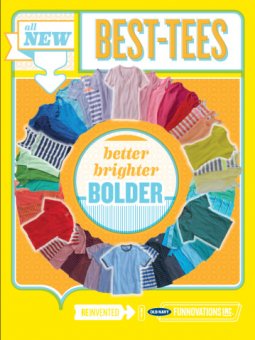 The Best-Tees effort will launch with a two-minute infomercial-inspired spot on E!'s 'Talk Soup' and 'Chelsea Lately.'

The Best-Tees effort, part of the retailer's Funnovations Inc. platform, will kick off with a two-minute infomercial-inspired spot on E! network's "Talk Soup" and "Chelsea Lately." Olson developed the concept for the campaign and Crispin is handling production.

Old Navy isn't the only marketer to embrace longer spots. Chrysler has placed two-minute spots in the Super Bowl the last two years, while Chipotle ran a two-minute-and-15-second spot during the Grammys.

The Best-Tees spot features Mr. T discussing his Best Tee Machine, which reshapes boxy tees and softens tees with a deep T-shirt massage. Actress Anna Faris then joins Mr. T and talks about how wearing ill-fitting T-shirts made her a real "dillweed." In the spirit of infomercials, the spot also includes an endorsement from a "real" doctor and an "As Seen on TeeV" logo. The spot will direct consumers to a website where they can get a coupon for a free T-shirt. Ms. Yeh said the retailer was still finalizing the number of T-shirts it planned to give away, but the number would be in the tens of thousands.

"Any time you have a fantastic story to tell, you wish you had more than 30 seconds, of course," Ms. Yeh said of the decision to do a two-minute spot. "It allows us to have extended storytelling, but we also felt there was something inherently fun about the format."

The infomercial will be cut down to a 30-second version featuring Mr. T for broader distribution. And the campaign will also include in-store creative, a mobile campaign and digital media buys.

Old Navy has struggled with its marketing in the last year. Last year CEO Glenn Murphy was critical of the retailer's "Old Navy Records" effort, which he said wasn't driving traffic in stores. That was rectified with the launch of "Funnovations Inc." in November. Last month Old Navy reported a 5% jump in sales at stores open at least a year.