The decision comes after Milwaukee Bucks players boycotted their game against the Orlando Magic
READ THIS NEXT
10 ways to virtually celebrate Martin Luther King, Jr. this holiday weekend 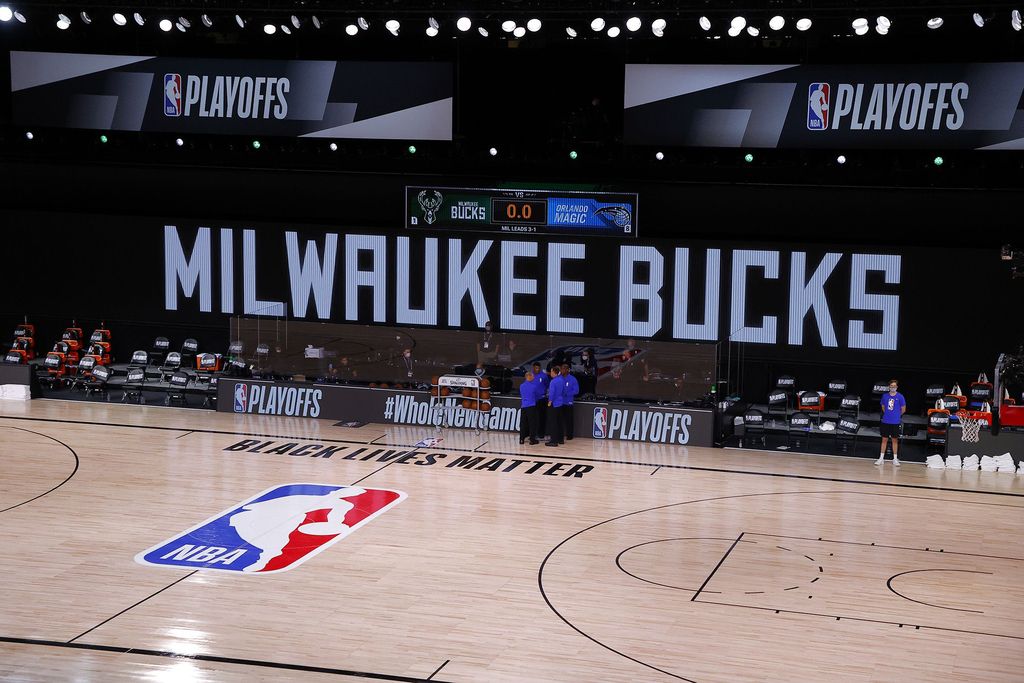 In a press announcement and a Twitter post, the NBA says all three Wednesday games—Bucks vs. Magic, Houston Rockets vs. Oklahoma City Thunder and Los Angeles Lakers vs. Portland Trail Blazers—are being rescheduled.

"The NBA and the National Basketball Players Association today announced that in light of the Milwaukee Bucks’ decision to not take the floor today for Game 5 against the Orlando Magic, today’s three games—Bucks vs. Magic, Houston Rockets vs. Oklahoma City Thunder and Los Angeles Lakers vs. Portland Trail Blazers—have been postponed.  Game 5 of each series will be rescheduled," a joint statement read.

The NBA and the NBPA today announced that in light of the Milwaukee Bucks’ decision to not take the floor today for Game 5 against the Orlando Magic, today’s three games – MIL-ORL, HOU-OKC and LAL-POR have been postponed. Game 5 of each series will be rescheduled.

The decision came about an hour after the Bucks refused to leave their locker room for the start of their 4 p.m. game Wednesday, ESPN reported.

The players are protesting the Sunday shooting of Jacob Blake, a 29-year-old Black man, by police in Kenosha, Wisconsin—about 40 miles north of Milwaukee. Blake was shot in the back seven times while getting in his car with three of his children and is now paralyzed from the waist down.

"Some things are bigger than basketball," Bucks senior vice president Alex Lasry wrote on Twitter. "The stand taken today by the players and org shows that we're fed up. Enough is enough. Change needs to happen. I'm incredibly proud of our guys and we stand 100 percent behind our players ready to assist and bring about real change."

Earlier this week, the Bucks also issued a statement stating that the team stands in support of Blake. “We stand firmly against reoccurring issues of excessive use of force and immediate escalation when engaging the black community,” read the team’s tweet response.

After the NBA postponed the games, the sports world rallied to support Blake. Jared Diamond, baseball writer for the Wall Street Journal, tweeted that the Milwaukee Brewers decided not to play their Wednesday night game against the Cincinnati Reds, and Sportsnet writer Chris Johnson tweeted that the National Hockey League will hold a moment of reflection before Wednesday night games. Players on the Washington Mystics arrived for their Women's National Basketball Association game Wednesday wearing T-shirts displaying Blake's name and seven bullet holes for each time he was shot.

NBA players, including the Lakers’ LeBron James, the Denver Nuggets’ Jamal Murray and the Utah Jazz’s Donovan Mitchell, tweeted their support for the Bucks' decision to boycott.

“FUCK THIS MAN!!!! WE DEMAND CHANGE. SICK OF IT,” James tweeted.