Plus, Macy's responds to SNL spoof 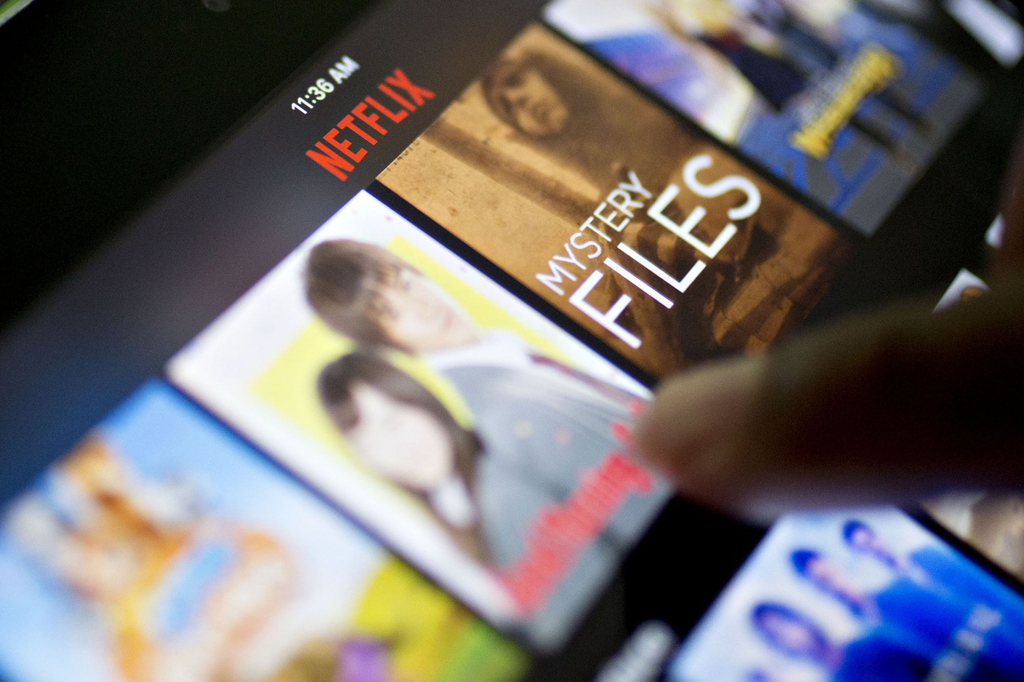 Netflix reveals overseas subscriber numbers
Netflix has revealed metrics about its subscribers overseas for the first time, as it tries to convince investors of its growth potential outside the increasingly competitive U.S. market.

The New York Times reports that, in an SEC filing posted on Monday, the streaming giant released detailed subscriber figures for specific regions. They reveal Netflix has more than 90 million overseas customers in addition to its 60 million subscribers in the U.S. and Canada. Asia-Pacific is growing fastest, having tripled its number of subscribers from 2017 to 14 million, while Latin America has more than 29 million. But EMEA is the biggest region, with 47 million subscribers. The NYT notes that “the programming that has fed this rise includes “La Casa de Papel,” a Spanish-language heist drama shot in Madrid that has exploded in popularity outside the United States.”

Previously, Netflix had been notoriously secretive about its data, citing it as a competitive advantage. But now it has to reassure Wall Street that, in terms of global growth, it’s way ahead of competitors and that means revealing more numbers.

TikTok puts the squeeze on agencies
Social media phenomenon TikTok has ramped up its work with advertising agencies in the U.S. this year. But, as Ad Age’s Lindsay Rittenhouse and Garett Sloane report, the Chinese-owned company is being accused of being an “unusually difficult client.”

Some execs claim that “there has been huge turnover in TikTok's U.S. marketing team and that the company's Chinese parent steps in and overrules U.S. decisions or meddles with them.” Execs who spoke to Ad Age cite “undeliverable” demands and the abandoning of projects midstream. One commented: "On paper, we had a lot of independence," adding: "In reality, that's not the case. When it comes to [U.S.] marketing, the line of reporting is with China."

TikTok, which did not respond to requests for comment, has worked with agencies RPA, Channel, Sid Lee and most recently Adam&EveNYC. One former TikTok executive says the company is no longer working with RPA, which the agency confirmed in a statement. Read more here.

Macy’s responds to SNL spoof
Saturday Night Live is doing a great job of skewering brands at the moment—with Peloton, Sara Lee and Hallmark all recent examples. The latest target was Macy’s: as Ad Age’s Adrianne Pasquarelli writes, its parody of a Macy’s commercial at the weekend took aim at children’s clothing, promoting:

“40 percent discounts on cozy corduroys 'that’ll pinch his little nuts' and snow boots 'that are so hard to put on, it’ll strain your marriage.' In one promotion for 'hard, shiny shoes that hurt,' a mother tells her whining daughter, 'Welcome to being a woman, Kiley.'"

The spoof proved hugely relatable for parents, with many taking to social media to praise it. However, Macy’s took it in good humor with Chief Marketing Officer Rich Lennox writing in an email: “We promise we are working on less-puffy puffer coats, easy-on winter boots, and shiny not-so-hard shoes.”

And, Pasquarelli adds, it could even be good for Macy’s, which has been struggling with declining sales. All of which leads us to ask the question: could SNL actually be the savior of American marketing?

Coke brings back CMO role: Coca-Cola has reinstituted its global chief marketing officer role after doing away with it in 2017, writes Ad Age’s E.J. Schultz. Company veteran Manolo Arroyo steps into the role, in addition to his job as president of Coke’s Asia Pacific Group.

Boeing could hit GDP: Boeing's announcement of a production halt next month for the 737 Max jet could affect overall U.S. GDP, reports Bloomberg News, but the impact is likely to be temporary.

Content PTSD: Employees at an Accenture operation in Austin that works on content moderation for YouTube are complaining of PTSD, reports The Verge. The publication spoke to several workers who say the job is taking a toll on their mental health, with some even collapsing at work.

Freelance blow: Vox Media is to eliminate 200 freelance positions at its sports outlet, SB Nation, reports The New York Times. Vox said the move has been made to comply with California legislation designed to improve working conditions at companies like Uber and Lyft that rely on contractors.

Campaign of the Day: In the latest salvo of the chicken sandwich wars, Popeyes continues to poke fun at competitor Chick-fil-A, this time with some classified job ads. As Ad Age’s Ann-Christine Diaz writes, the chain has previously focused on how its rival isn’t open on Sundays and now it’s taking that joke even further with part-time job postings that ran in major U.S. newspapers at the weekend. Created by agency Gut, they target “chicken sandwich professionals” who have experience putting “bun + chicken + pickle” together—and who are available on Sundays.

The final deadline is approaching to enter the Ad Age Agency A-List Awards: Entries must be in by Dec. 19. Find out how to enter here.