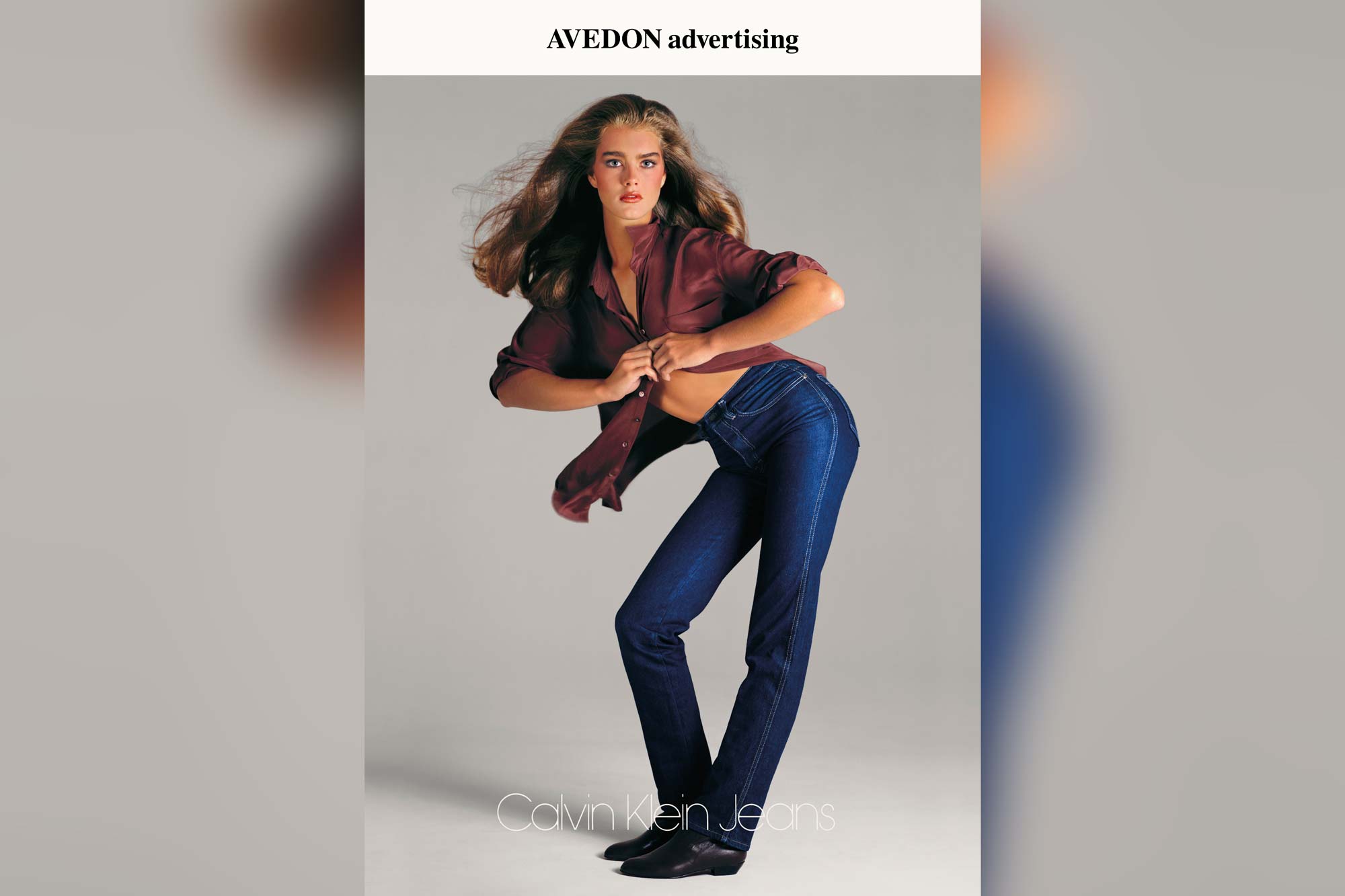 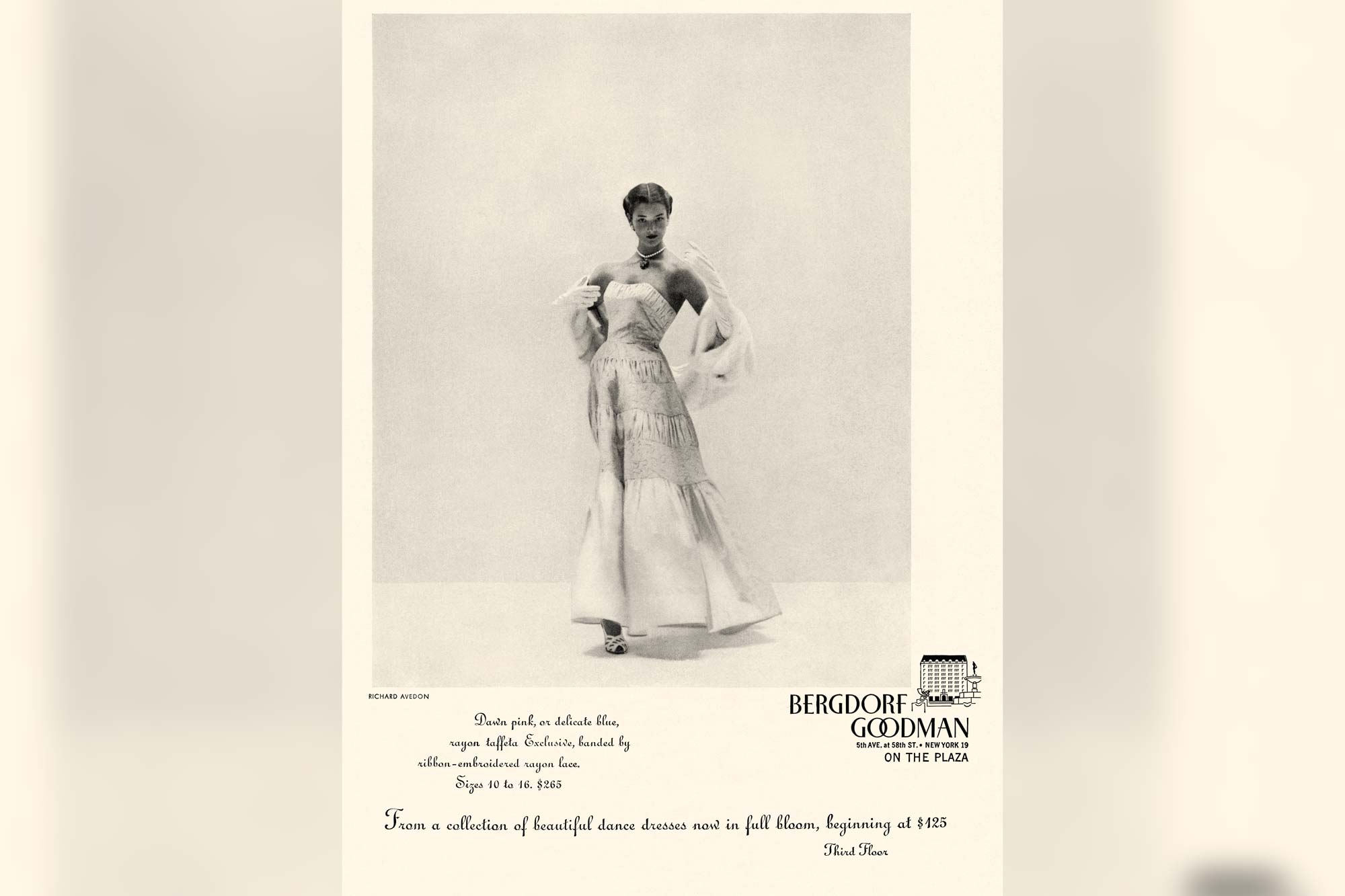 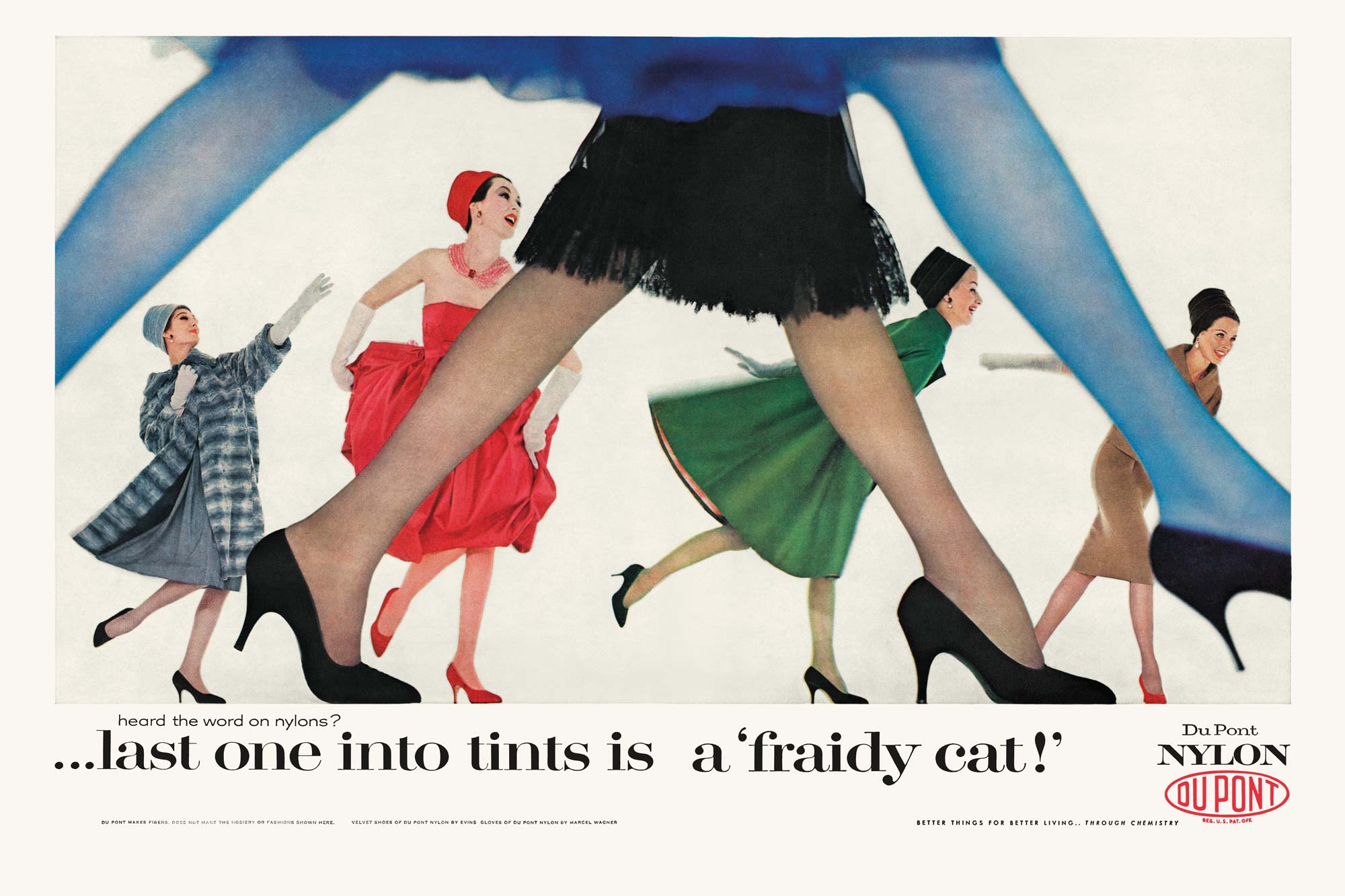 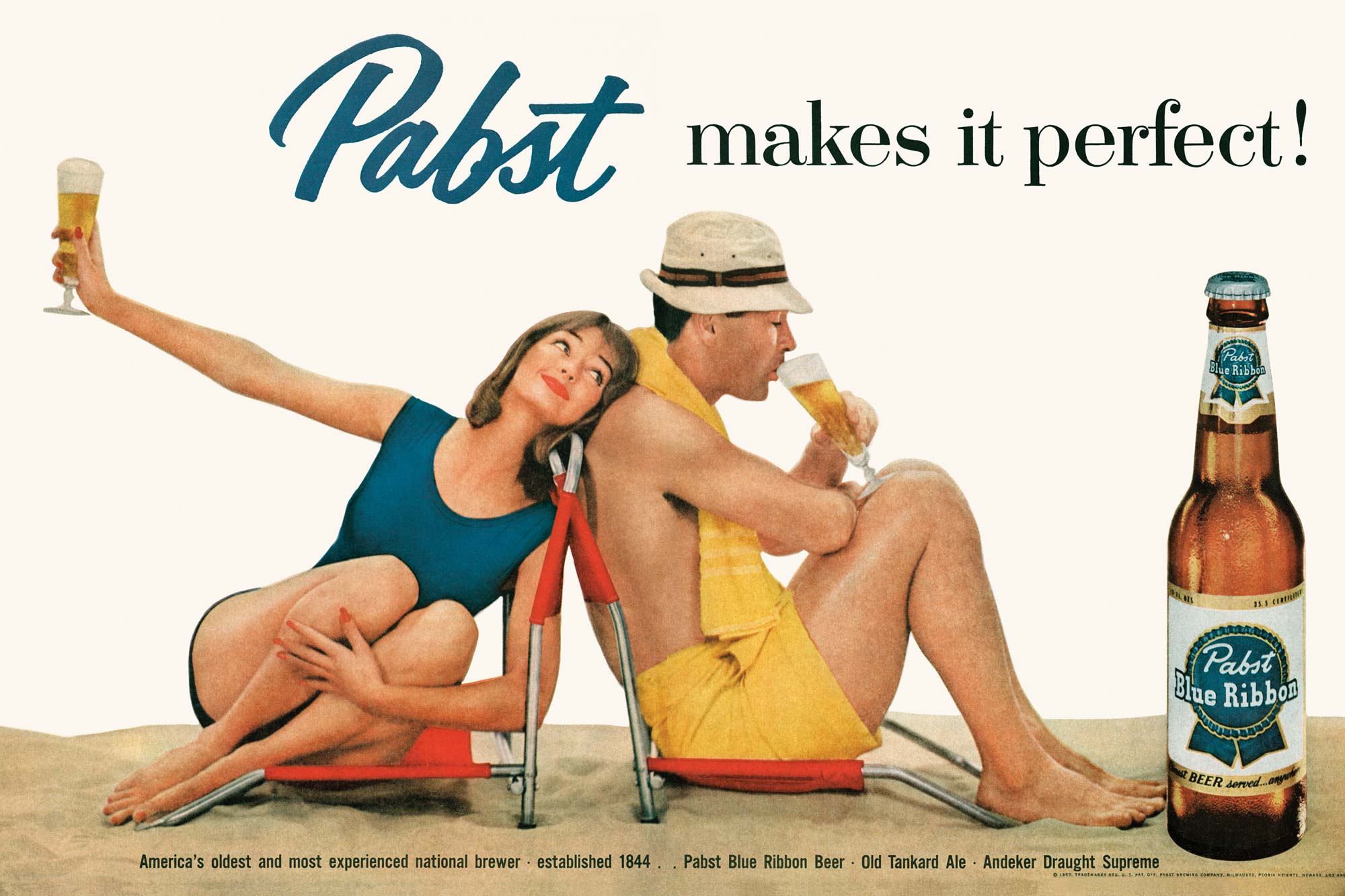 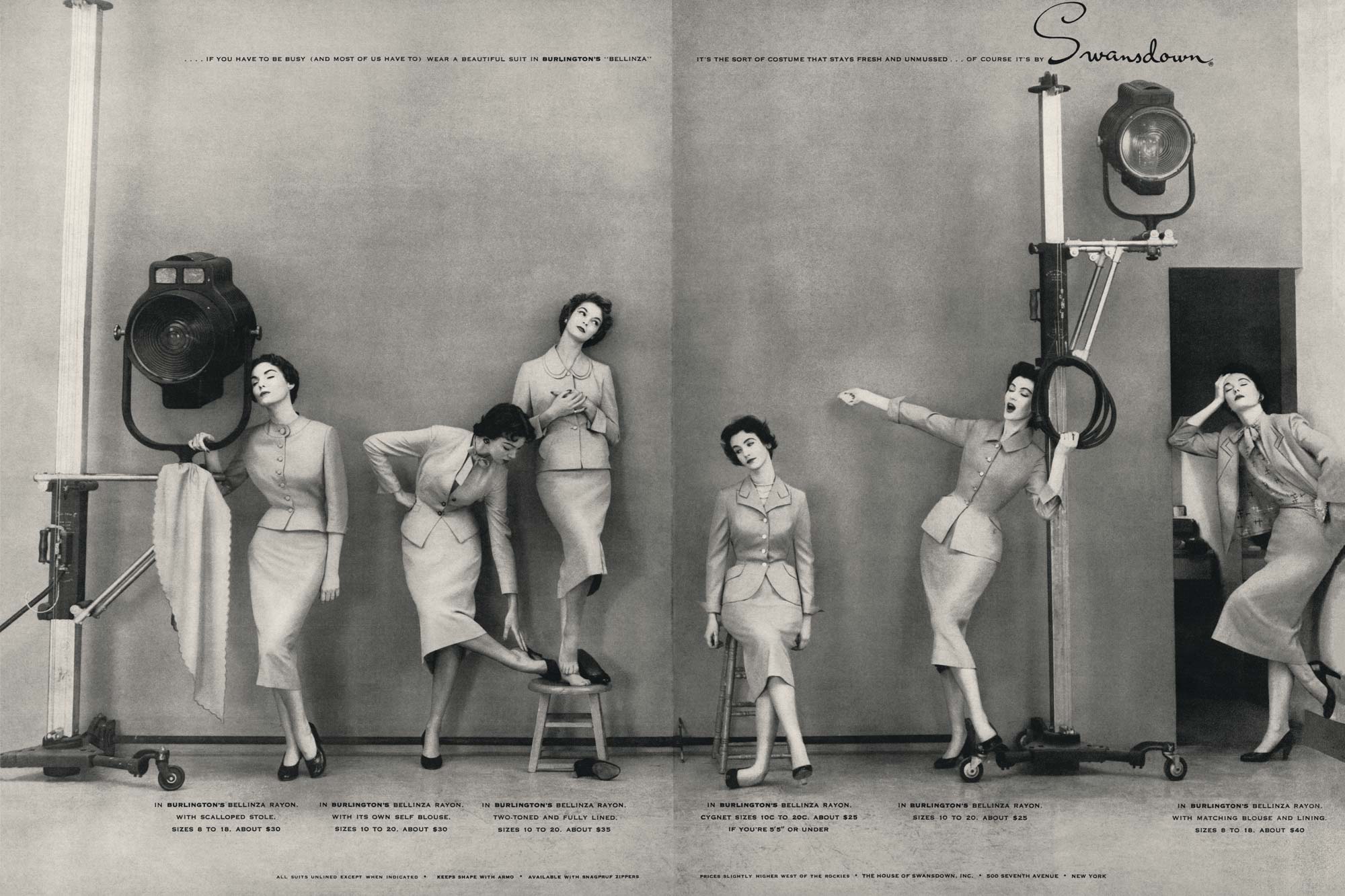 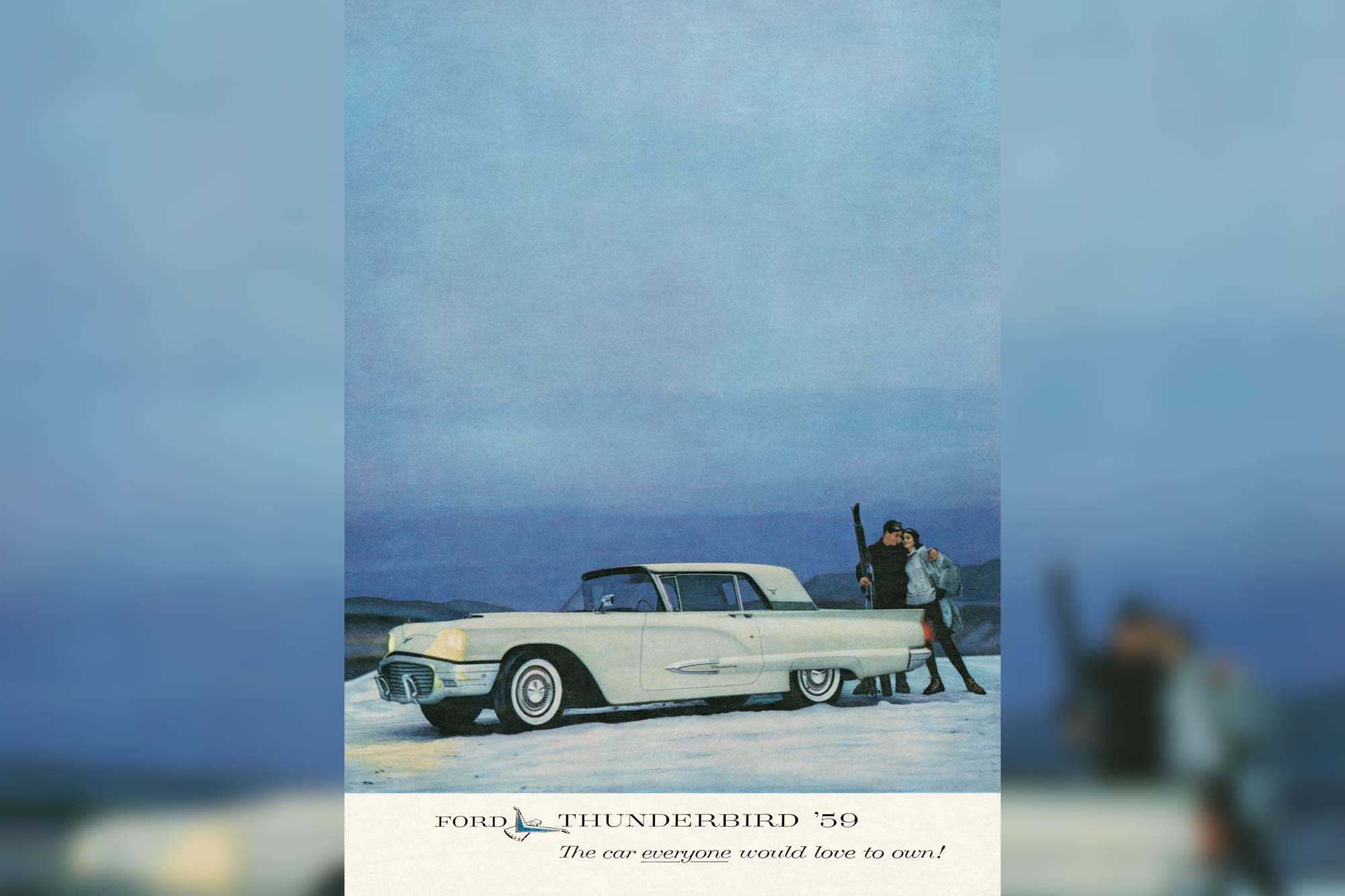 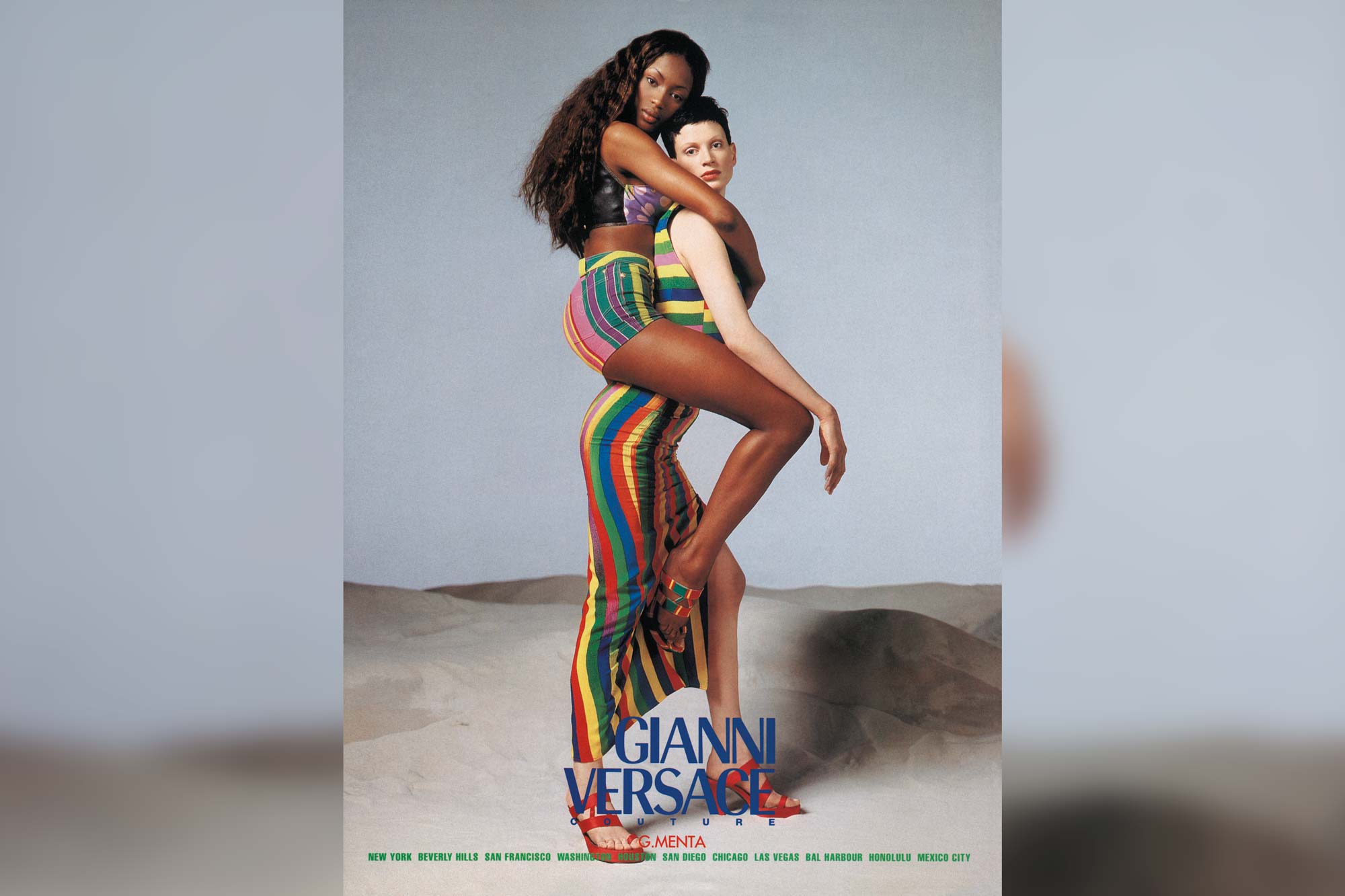 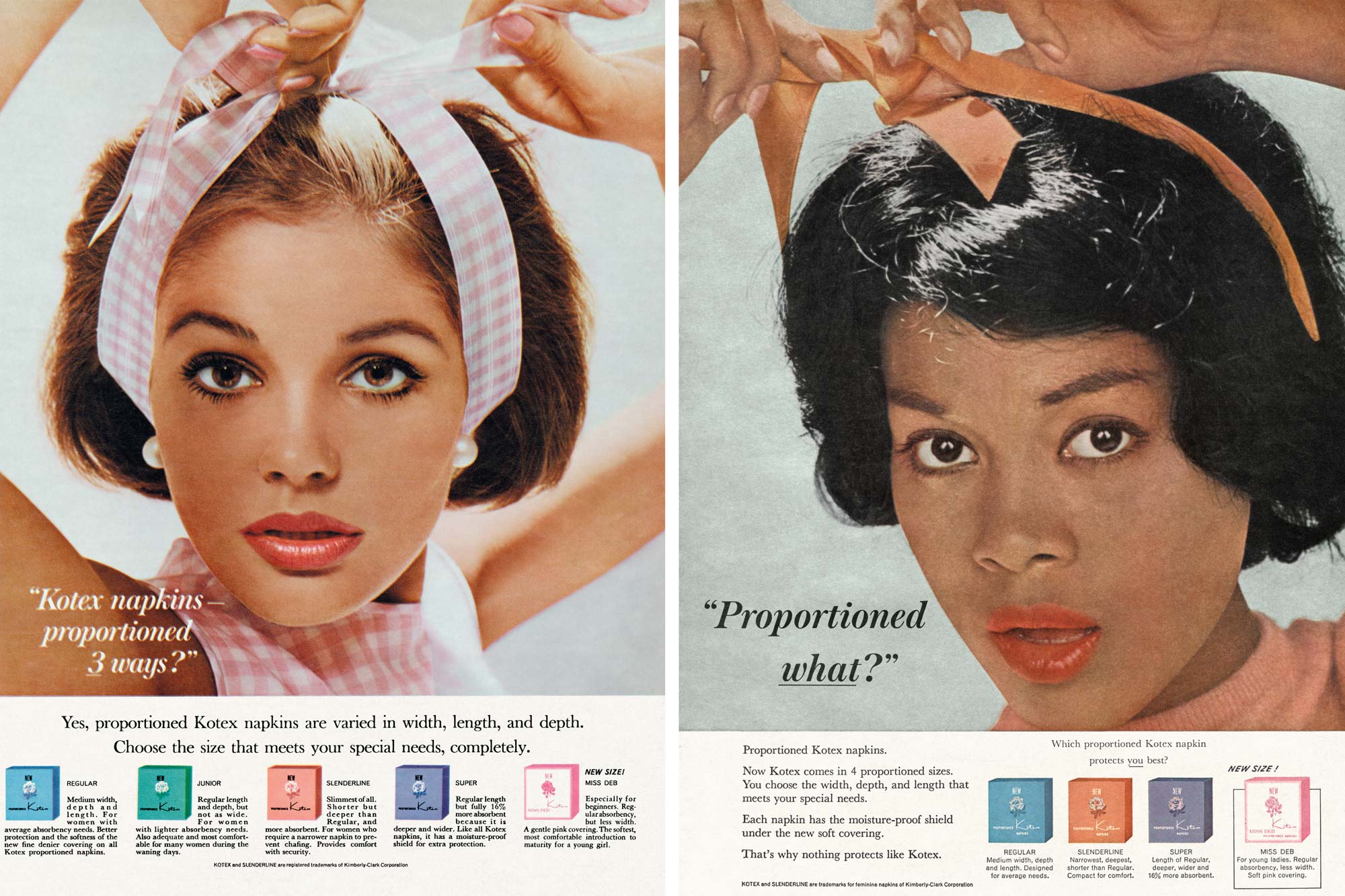 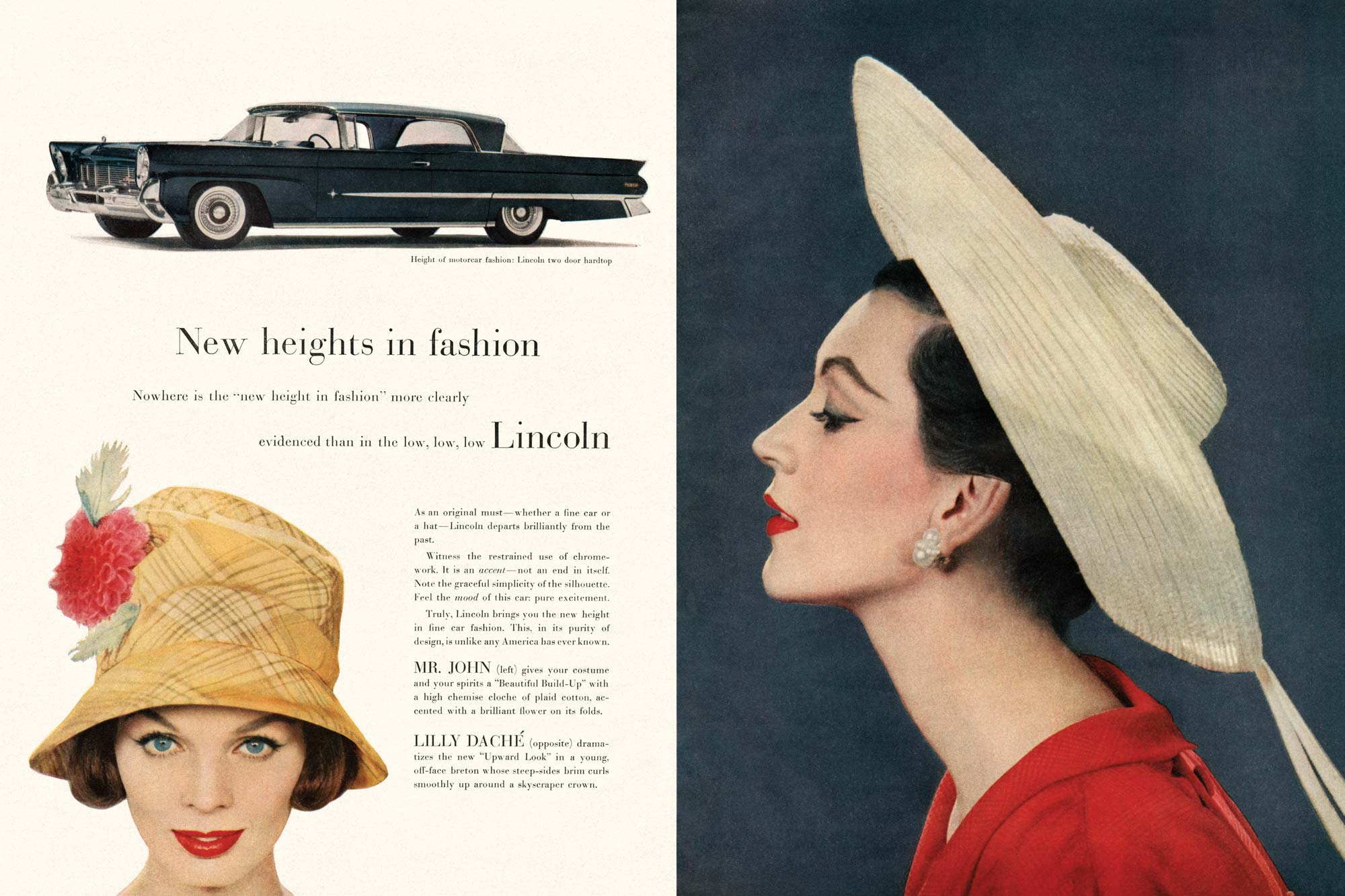 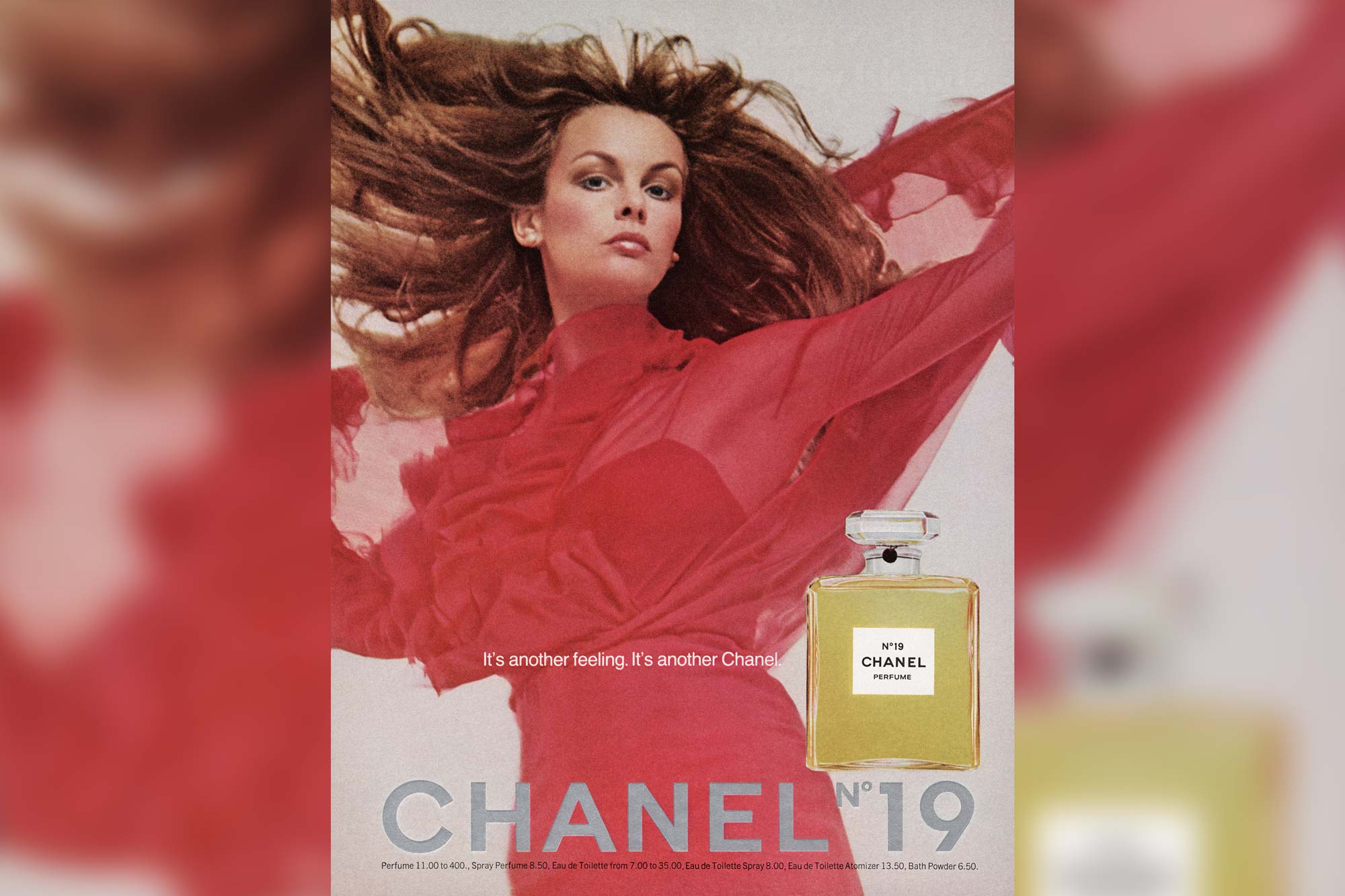 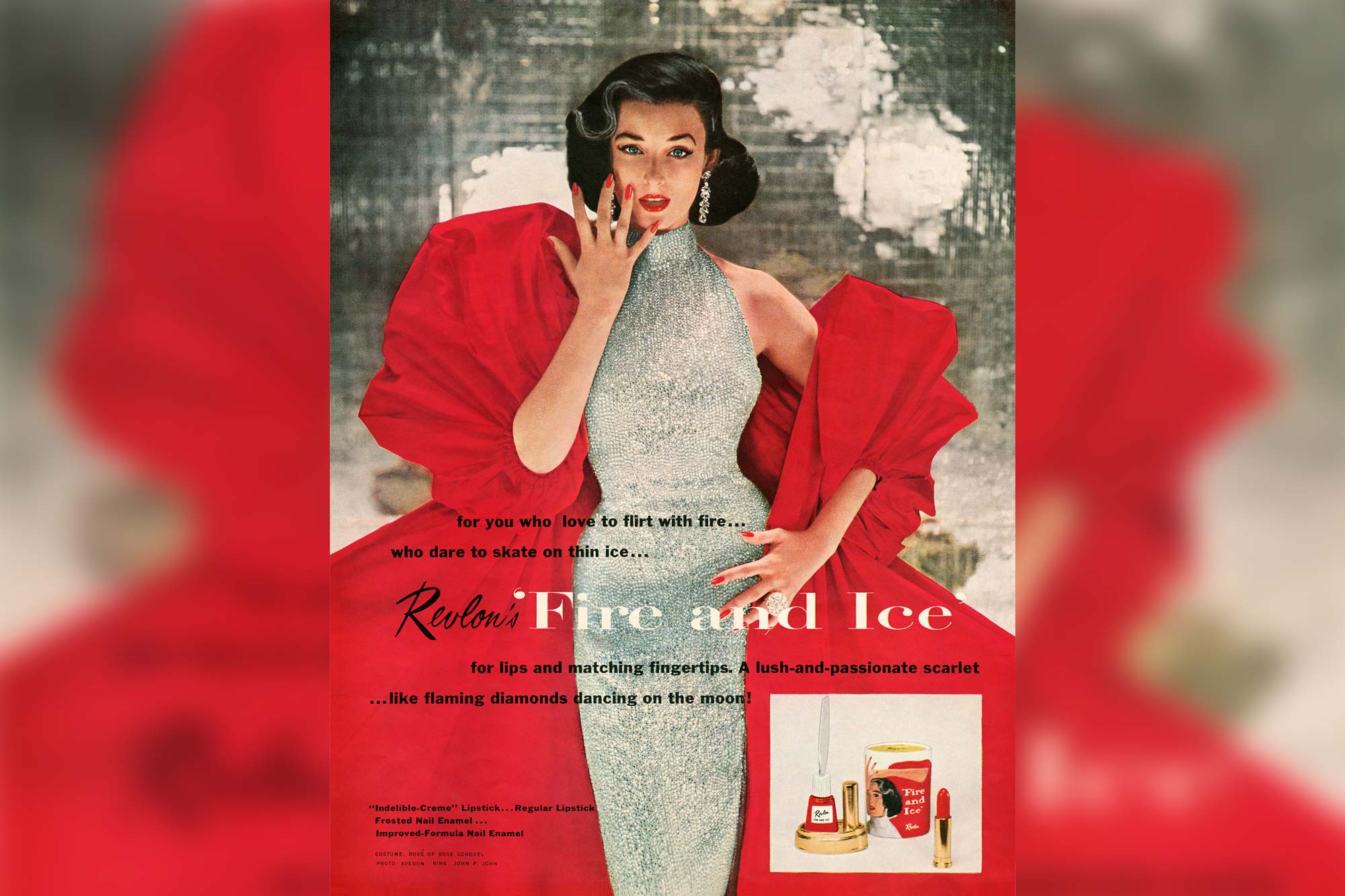 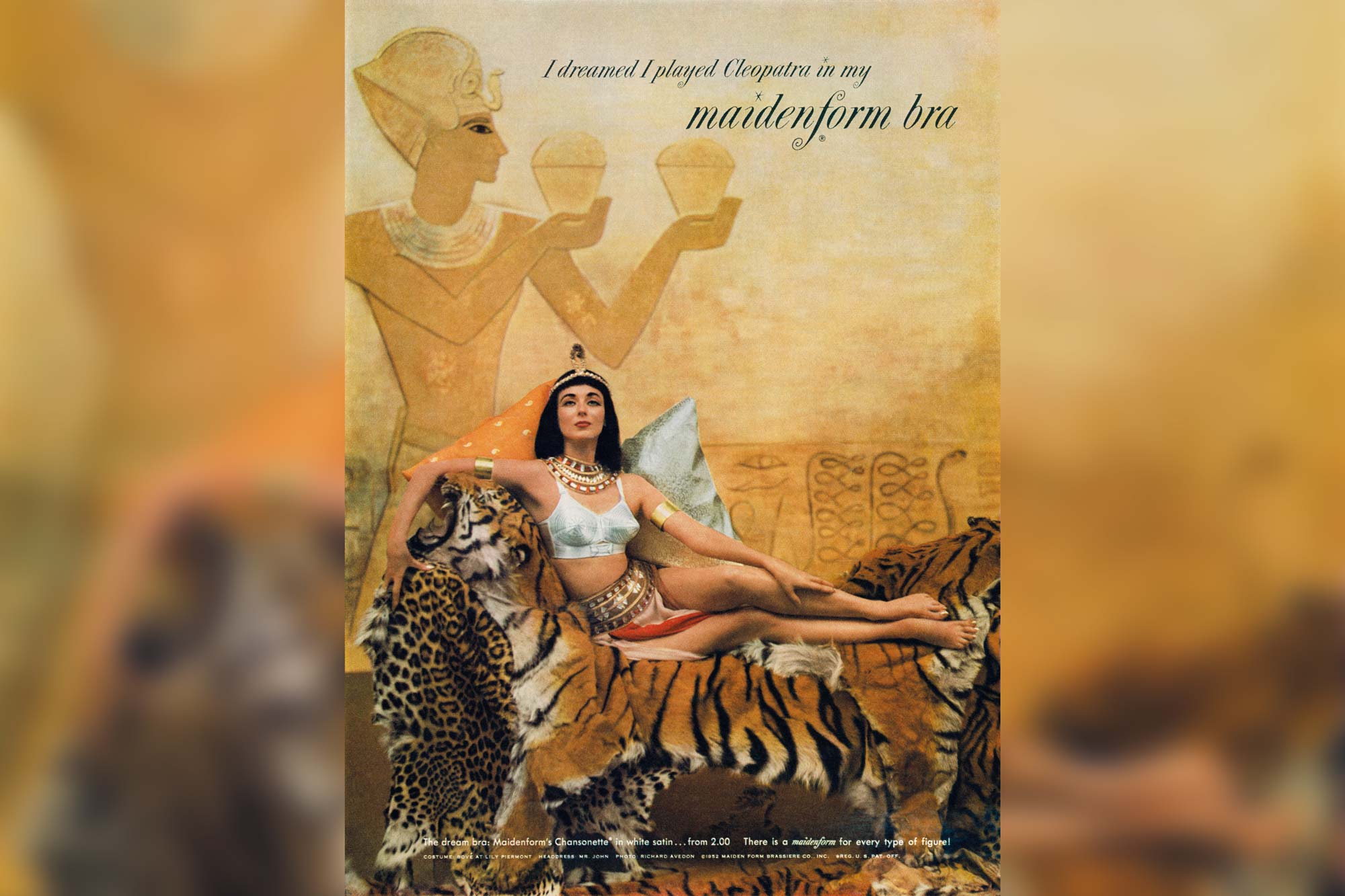 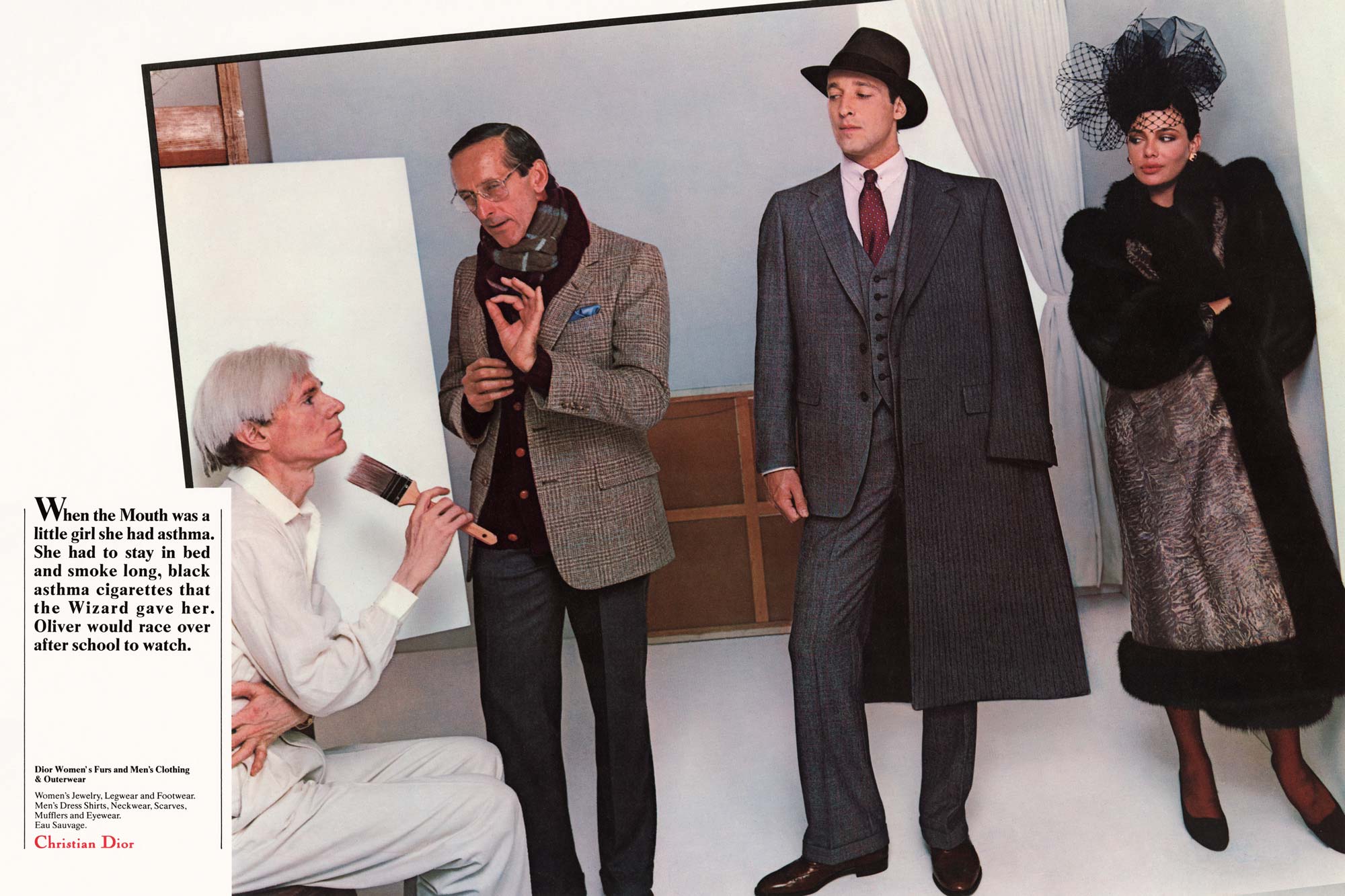 Richard Avedon took the kind of pictures that got people talking. His shot of a boa constrictor wrapping itself around a naked Nastassja Kinski remains one of the most sensational celebrity photographs of all time. His stark portraits—Marilyn Monroe, a bald beekeeper, Andy Warhol’s stitch-scarred stomach—have been drawing gasps for more than 40 years. And, of course, his photos of Brooke Shields had everyone whispering about what got between her and her Calvins.

That Calvin Klein ad, along with his instantly iconic pictures for Versace, Revlon, Chanel, and Dior (as well as his less heralded work for Pabst Blue Ribbon and Hertz) are featured in "Avedon Advertising," a fast-moving, visually driven, decade-by-decade survey of the legendary lensman’s commercial images. While there are shelves full of books dedicated to Avedon’s photographs, this is the first to focus exclusively on his Madison Avenue work.

Considering that over the course of his remarkable 60-year career Avedon worked for some 600 clients, and given that he actually began by shooting fashion ads (his first, in 1944 at the ripe old age of 21, was for designer Sally Milgrim, where his sister worked as an assistant in the advertising department), it’s a significant part of the Avedon story that, until now, has been missing in action.

Why have Avedon stans had to wait so long for such an illuminating collection? Because, shockingly, relatively few of Avedon’s original advertising images survive. In the book’s introduction, we learn that “Avedon typically turned over his advertising photographs to the commissioning agencies or clients (who rarely saved them—advertising is always about the new), and he usually discarded what remained.” The book is the result of a two-year search-and-rescue mission.

The 300-plus images collected here (many reprinted on the magazine pages on which they originally appeared), start to connect some important dots, including how Avedon’s personal projects and groundbreaking advertising work influenced each other. But they also track Avedon’s creativity, clients, and collaborations through the dual lens of a changing culture and a fickle ad market.

We’re reminded, for instance, that in the early ’70s, the counterculture’s anti-consumerism coupled with lean economic times sent fashion and beauty advertising into a period of minimalism; extravagant shoots and budget-busting locations were out, cheaper black-and-white pictures were in. “All of these exterior forces played to Avedon’s strengths and experience,” the book explains. “Given nothing more than a pair of Burlington pantyhose, Avedon and the models could collaborate to produce photographs of infinite charm and variety.”

A bit hagiographic? Well, yes, and not surprising as the book was co-edited by his daughter-in-law, Laura Avedon, and James Martin, both directors of the Richard Avedon Foundation. Even so, the authors make a compelling case that Avedon pushed hard for racial inclusion in the campaigns he shot (interestingly, Avedon co-edited his high school literary magazine with James Baldwin) and that many of his key industry alliances were with the female executives who controlled the fashion and beauty accounts—among them, Shirley Polykoff of Foote, Cone & Belding, who was behind Clairol’s wildly successful 1956 “Does she….or doesn’t she?” ads which Avedon shot.

But the pictures do most of the talking here and, as Muhammad Ali once said, “It’s not bragging if you can back it up.” And Avedon, at one point the world’s most famous fashion photographer and, arguably, its most sought-after advertising photographer—to say nothing of his searing portrait and documentary work—most definitely has the goods. Page after page shows how Avedon married sharp ideas, brilliant casting, technical virtuosity, strong composition, a love of the elegant gesture, and, most important, an abiding interest in what makes us human, to create his unforgettable images. A 1958 New Yorker story put it like this: Avedon’s pictures, “may, in passing, also make the clothes [the models] are wearing seem desirable, but what principally attracts the eye is the spirited way they seem to be participating in a psychological situation.” Ad after ad bears this out.

Paging through the book, what’s immediately apparent is how neatly Avedon’s advertising, editorial, and personal projects fit together. In his earliest commercial images (especially those for Bonwit Teller in ’45 and ’46), we see the visual sophistication and emotional attention that would become the hallmarks of his decades of revolutionary fashion work for Harper’s Bazaar and Vogue. And while some might assume he was less invested in the ads he created, Avedon himself seemed to take a longer view of them: “I think that my creative work in advertising is the hardest, most honest work that I do,” he said in 1965. “[The ads] are records of the world we live in and it’s possible that the record of my ads over the past twenty years could be a more valuable social document than a record of what I think are my finest fashion photographs.” 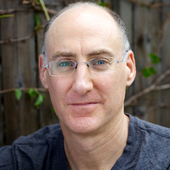 Bill Shapiro is the former editor-in-chief of Life magazine; he writes about photography