Plus, how Kraft Heinz's setback could boost brands
READ THIS NEXT
Brands take part in Giving Tuesday and Kia is already celebrating the new year: Tuesday Wake-Up Call 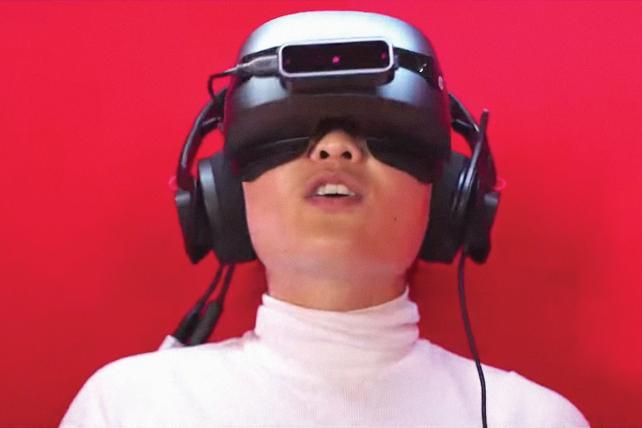 What people are talking about today
More revelations about Amazon's plans to dominate retail emerged over the weekend. As part of its plan to open grocery stores in dozens of U.S. cities, as reported last week, the Wall Street Journal writes that Amazon wants to sell beauty and personal-care items in its physical stores. According to the Journal, Amazon "has pushed for leases that won't restrict what it sells in its new chain, opening it to offer cosmetics and skin- and hair-care products as well as other retail items, according to people familiar with the matter."

As the article points out, beauty tends to offer higher margins than other supermarket items, and health and personal-care items are Amazon's largest source of consumer-product sales online, with roughly $5 billion in sales last year.

Walmart's VR future
Walmart also has plans to future-proof itself, and among them is to bring virtual reality to the masses. Ad Age's Jack Neff reports that the retailer's Spatial& retail-tech startup has teamed with DreamWorks to create a 10-minute virtual-reality show based on the film "How to Train Your Dragon: The Hidden World" that's touring across 40 stores in seven cities.

Katie Finnegan, CEO of Spatial&, "Sees the show as just the start of how Walmart will play its advantage of having more than 4,000 physical stores to host VR experiences," he writes. Examples of how it could be used in retail include in "sporting-goods departments, where people [can] put tents together and lie down inside without ever having to open the box, or baby departments where people can see what it's like to stow strollers in overhead airplane bins."

Aggressive move: Neff reports separately that Walmart is moving its website ad sales in-house from WPP's Triad to help accelerate Walmart Media Group in an "aggressive" move that could threaten the Google-Facebook duopoly. The change could grow Walmart's digital ad sales to $5 billion within a couple of years, claims Michael Stich, chief business officer of WPP's VMLY&R and head of the agency's advisory practice.

'Leaving Neverland' and Jackson's legacy
HBO broadcast the first part of its Michael Jackson documentary "Leaving Neverland" on Sunday night, and according to some reports the allegations of sexual abuse that it raises could seriously tarnish the singer's legacy and worth as a cultural icon.

The New York Times reports that "the film poses a significant risk to the Jackson estate, which has engineered a thriving posthumous career, including a Broadway-bound jukebox musical." Meanwhile, the Daily Beast, which reports that the Jackson estate is suing HBO for $100 million in damages, describes the documentary as a "harrowing" film that will "stain Michael Jackson forever."

Kraft Heinz setback could benefit brands
Kraft Heinz suffered a huge blow last month with its $15.4 billion write-down, but it could actually benefit the packaged-goods industry as a whole, reports AdAge's Jessica Wohl.

As Wohl explains, the company's one-third plunge in value has prompted some to take a critical look at the extreme cost-cutting pursued by Kraft Heinz and its use of zero-based budgeting under the leadership of Brazilian investment firm 3G Capital. ZBB is now under the microscope, and the industry is "waking up" to the idea that "companies have underinvested in brands," according to food consultant Rick Shea. Meanwhile, JP Morgan analyst Ken Goldman told investors it's "reasonable to question the entire 3G strategy."

On trend: "Ethical" apparel used to be niche, but now mainstream fashion brands are leaping on the green wagon with sustainable clothing collections reports Ad Age's Adrianne Pasquarelli. As her report reveals, however, the definition of sustainability isn't always clear, and some brands could face a backlash.

Huawei lawsuit: Huawei is set to sue the U.S. government for banning federal agencies from using the company's products, The New York Times reports. The move could be aimed at forcing the U.S. to more publicly make its case against the Chinese telecom giant.

Viral: Separately, Huawei has denied that it has anything to do with a chilren's song about the company that's gone viral, according to Reuters, which cites China's state-run tabloid the Global Times as the source. The video features children singing a song the lyrics of which include, "We love our country, we love homegrown brand Huawei" and "China's homegrown chips are the most valuable." Reuters says "the song has been criticised and mocked by some internet users who said it was overly nationalist."

'Forced hugging': Ray Kelvin, the controversial CEO of British fashion brand Ted Baker, resigned early this morning following accusations of inappropriate behavior towards staff, reports The Guardian. Kelvin was accused of "forced hugging" of employees, among other allegations of misconduct, and has been on a leave of absence since December.

Cereal nostalgia: Post Consumer Brands is hoping into tap into consumers' appetite for nostalgia with two new cereals, Hostess Donettes and Hostess Honey Buns, reports AdAge's Jessica Wohl. They're aimed at "parents eager to share with their kids a cereal that reminds them of a breakfast treat or snack they enjoyed during their own childhoods."

Revamp: John Stankey, the AT&T executive at the helm of WarnerMedia, is planning to revamp CNN's digital operation, according to the Wall Street Journal. Stankey is leading the reorganization of WarnerMedia that resulted in last week's resignations of HBO's Chairman and CEO Richard Plepler and Turner President David Levy. (Ad Age's Anthony Crupi talked to Levy about his future plans.)

Ad of the Day: Nigerian-American actress Uzo Aduba explains how Netflix "makes room" for the kinds of stories that don't always find their way in Hollywood in a new spot. Creativity editor Ann-Christine Diaz writes that it depicts her wandering into scenes from comedian Hannah Gadsby's Netflix special, Alfonso Cuaron's Oscar-winning film "Roma" and the wrestling series "Glow," as well as encountering herself in her Emmy-winning role from "Orange Is the New Black." See the ad here, plus check out Creativity's Top 5 creative brand ideas from last week, including Nike's Serena Williams "Dream Crazier" ad, here.