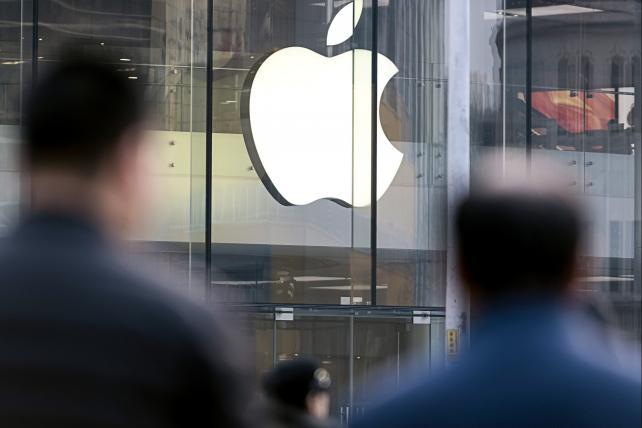 What people are talking about today
Apple is reportedly working on a subscription service that's similar to Spotify, but for magazines and publications instead of music. For $10 a month, you'd get an all-you-can-read offer, Ad Age's Garett Sloane reports. But there's a serious downside for publishers: Apple wants half the proceeds, he writes. Sloane talked to two publishing executives who shared details but who asked that their names not be used. "It's a shitty deal," one publishing executive, who spoke on condition of anonymity, told Sloane. "It seems greedy."

Reminder: Many publishers and magazines are struggling financially and laying off staff. Apple, meanwhile, reported nearly $266 billion (!) in revenues in the most recent fiscal year.

Meanwhile in adland
Ad giant Omnicom Group reported organic revenue growth of 3.2 percent in the fourth quarter, at the close of a year that brought new business wins from the U.S. Army, Ford, Dunkin' and Daimler AG. The results were stronger than those from a rival holding company that reported earnings last week. Publicis Group had sparked worries when it reported quarterly organic growth decline of 0.3 percent and blamed cutbacks from clients in the U.S. consumer goods sector. Publicis' results caused advertising stocks to tumble.

Cockroaches vs. red roses
Valentine's Day is tomorrow, and some of the more creative (and creepy) campaigns are coming from zoos. In Texas, the El Paso Zoo offered people the chance to name a cockroach after an ex, then watch the unfortunate insect get devoured by a meerkat in a Feb. 14 feeding session that will be streamed online via webcam. The zoo says the response to the campaign (called "Quit Bugging Me!") has been overwhelming. It isn't taking any more names.

Across the globe in Australia, the Wild Life Sydney Zoo will let one lucky contest winner name a brown snake ("one of the world's most venomous") after an ex. Entrants have to make a $1 donation and briefly explain why their ex deserves the honor. The zoo says the snake will go by its first name only, and no identifying details about the ex will be made public. If you need to vent about a relationship gone wrong, here's the link.

Sounds familiar: "We've Got A Green New Deal For You! Save 75% on flights!" That's Frontier Airlines' new promotion. As Ad Age's Adrianne Pasquarelli writes, it seems like a nod to U.S. Rep. Alexandria Ocasio-Cortez and her plan for a "Green New Deal." The airline says it has no political agenda.

Control: A Saudi app "allows men in Saudi Arabia to track and control the movement of women," and it's hosted by Google and Apple on their app stores, The Washington Post writes. Human rights group and a U.S. senator want the platforms to stop carrying it.

Layoffs: Activision Blizzard says it's laying off 8 percent of its workforce and deprioritizing games that aren't hits. "It's another sign of how much Fortnite's popularity has upended the video game industry," CNN writes. Fortnite was developed by rival video game maker Epic Games.

Quote of the day: BuzzFeed journalists voted to unionize after a wave of layoffs, and they wrote a letter to management. "We want to remain spry and competitive, but we reject the argument that we must choose between freelancing in a hellscape gig economy for vampirical platforms or submitting to the whims of a corporation that botches basic HR tasks," they wrote. Read more on Bloomberg News.

Ad of the day: To mark its 100th birthday, yogurt brand Danone (also known as Dannon) printed up cheerful, colorful ads from the '50s and '60s pasted them on walls in Paris. It's simple but charming. Sometimes a little nostalgia does the trick. Read more by Ad Age's Alexandra Jardine, and check it out here.