A celebrity feud over Totino's pizza, and an update on that Burger King Super Bowl commercial: Tuesday Wake-Up Call

READ THIS NEXT
McDonald’s warns U.S. franchisees of higher bills next year 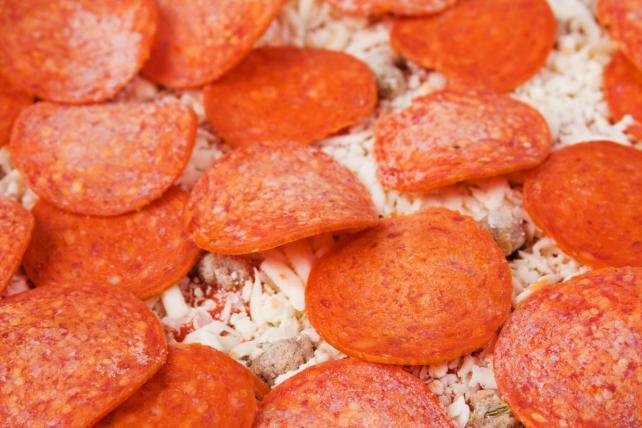 What people are talking about today
Celebrity power couple Chrissy Teigen and John Legend had a misunderstanding about Totino's frozen pizza, and she recounted their domestic spat, in great detail, on Twitter.

"I told John I wouldn't tweet this but I lied here goes," the model and cookbook author wrote. "I am having a totino's craving. I don't want a great pizza. I want a pizza from my childhood." Her husband booked a delivery of Totino's, but when it arrived, she realized he had ordered pizza rolls, not actual pizza. And on and on it went.

So was the whole (adorably relatable) domestic spat actually branded content for the General Mills brand? Teigen says no. "You guys gotta be crazy for thinking totinos would approve an ad saying 'I don't want good pizza, I want totinos,'" she wrote. The brand's official account weighed in too: "Honestly, this would be better than most of our ads."

Revisiting that Burger King Super Bowl commercial
A lot of people were baffled by Burger King's Super Bowl commercial, the one that showed old film footage of Andy Warhol eating a Whopper. It was the lowest-scoring ad in the USA Today Ad Meter, in 58th place, Ad Age's Jessica Wohl reports. But Burger King's chief marketing officer says the low ranking is actually … a good thing. "We're very proud of that," CMO Fernando Machado says. "Ad Meter was never our objective." He says the brand was looking for an uptick in perception and got it. Are the naysayers wrong? Read more about Machado's thinking here.

'Spike and Mike' and more
It's Black History Month, but February has brought a few textbook examples of brands being clueless about inclusion and cultural sensitivity; Gucci's $890 "blackface" sweater was maybe the most glaring example. This week, Ad Age looks back at five ad campaigns where brands got it right, with work that fostered black representation. Because "it doesn't have to be like this. … Ads can spread racial stereotypes, but they can also help to change them," the article says. One favorite: Nike and Wieden & Kennedy's 1980s ads starring Spike Lee and Michael Jordan. Lee directed the ads, which were funny and smart ("It's gotta be the shoes"). Ahmad Islam, CEO and managing partner of Ten35, says the campaign "had mainstream appeal, but it was also unapologetically black." Check out the full list here.

Just briefly:
'Digital gangsters'?: U.K. lawmakers want Facebook to face more regulation. "Companies like Facebook should not be allowed to behave like 'digital gangsters' in the online world, considering themselves to be ahead of and beyond the law," a group of lawmakers say in a report, according to CNN. They also accuse the company of "intentionally and knowingly" violating data privacy and competition laws, CNN Business writes. Facebook denies having broken those laws and adds that it's open to meaningful regulation, CNN says.

Safari: Apple's latest update to its Safari browser, which prevents tracking cookies from working on the open Web, has been driving marketers mad, Ad Age's George P. Slefo reports. "The downside for marketers is that the industry loses a lot of visibility into one's customer and prospect behaviors, as well as the ability to act on this information in real time," one media exec says.

Times Up: "Lisa Borders, the chief executive of Times Up, the Hollywood-led initiative to fight workplace sexual harassment, has resigned after less than four months on the job," The New York Times writes. She cited a family issue that needs her attention.

Never mind: The Academy Awards scrapped a plan to award four Oscars for what many feel are crucial contributions to filmmaking during commercial breaks during next Sunday's ceremony on ABC. The Academy had hoped to shorten the show, but it backtracked after complaints from Spike Lee, Martin Scorsese, George Clooney and others. Read more in Variety.

Corngate: Anheuser Busch InBev and MillerCoors keep upping the ante in their marketing war over corn syrup in light beer. Meanwhile, the beer category in general is losing steam. "We're not crazy about negative advertising. We don't think it's great for the category," Robert Ottenstein, who covers brewers for investment banking advisory firm Evercore ISI, tells Ad Age's E.J. Schultz. "But when things aren't working I guess you try anything."

Ad of the day: If you're tired of the Corngate spat (see above), Budweiser will offer up something a little different during the Academy Awards next weekend. The spot by VaynerMedia stars Charlize Theron and plugs Budweiser Reserve Copper Lager. E.J. Schultz writes, "The ad shows Theron at a bar schooling a bunch of dudes at billiards, darts and a boxing game before defeating one of them at arm wrestling, and all without spilling a drop of her Copper Lager." Check it out here.