Facebook (belatedly) puts the focus on privacy. Plus, the story behind a famous Nike ad: Thursday Wake-Up Call 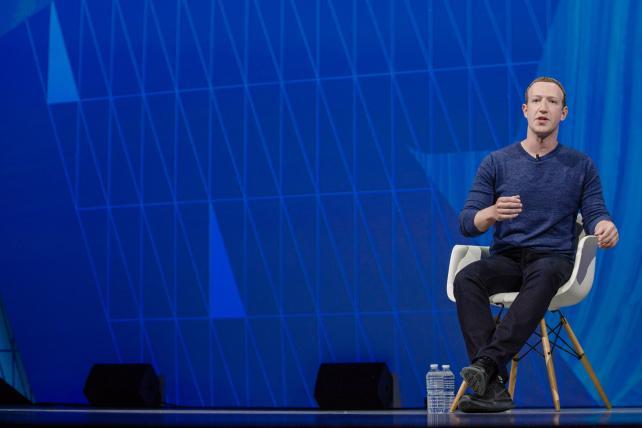 What people are talking about today
Facebook, the social network, wants to be less social and more private. In a new post (a "manifesto," as Ad Age's Garett Sloane calls it), CEO Mark Zuckerberg outlined the company's new focus on more private forms of communication, including encrypted messaging and tools to let people set time limits on old content, so their photos and posts self-destruct after a certain time period. "Today we already see that private messaging, ephemeral stories, and small groups are by far the fastest growing areas of online communication," Zuckerberg writes.

It's a response -- and what many would call a belated response -- to serious concerns about user data privacy on Facebook. How much of this is a real transformation, and how much is PR?

Also: Zuckerberg also gave an interview late Wednesday to Wired; in that conversation, he says he's not too worried about how the changes will affect advertising and Facebook's business model.

'You can't be afraid of offending people'
If it weren't for LeBron James, Nike's famous ad featuring Colin Kaepernick might never have aired. Nike founder Phil Knight recently told a Stanford Graduate School of Business event that executives initially had doubts about putting the former San Francisco quarterback in the "Just Do It" anniversary campaign, given his polarizing anti-racism protests while the national anthem played.

As Ad Age's Adrianne Pasquarelli writes, Knight realized the ad needed to air after thinking back to "a recent conversation with James about fears the basketball star has for his son's future as an African American, including the concern that he may be shot by a policeman while driving."

"You can't be afraid of offending people," Knight said at Stanford. "You can't try and go down the middle of the road."

Food fight
What do you call an argument between two brands that make snack bars? A bar fight. (Ba-dum ching.)

Clif Bar and Kind Snacks just got themselves into a spat, as Ad Age's Jessica Wohl writes. Clif took out a New York Times ad challenging Kind to use organic ingredients. Kind responded with some shade about Clif using "organic brown rice syrup, which is basically sugar."

Does this remind you of anything? It seems the snack bar industry is "in the early stages of an ingredient battle much like the 'corngate' brawl," Wohl writes. "Corngate" is the spat that broke out at the Super Bowl when Bud Light ran three Super Bowl ads putting MillerCoors on the defensive over its use of corn syrup in Miller Lite and Coors Light. It's like déjà vu all over again.

Mistakes were made: In a meeting with Tim Cook, President Trump accidentally referred to the Apple CEO as "Tim Apple." And you can watch the video.

Embattled Batali: Celebrity chef Mario Batali no longer has a stake in any of his restaurants, a year after several women accused him of harassment and assault, Crain's New York Business reports.

Probe: "WarnerMedia is investigating Warner Bros. CEO Kevin Tsujihara over allegations that he offered to promote the career of a young actress with whom he was having a sexual relationship," CNN Business reports. The allegations appeared in a Hollywood Reporter investigation.

Dead trees: As a stunt, BuzzFeed did a special edition print edition. (Not everybody understood what the digital media brand was trying to do. "Can you imagine being the tree that had to die to get a print edition of a shitty website?" someone tweeted.) Read more from Simon Dumenco in the new Ad Age Publisher's Brief.

If you don't know what programmatic is, skip this paragraph: "Google is making a change to its programmatic exchange that will likely result in marketers paying more for their ads, at least in the short term until brands adjust," Ad Age's George Slefo writes. Here's another one to read from Slefo: "TrustX is eliminating a 12.5 percent fee for buying ads through its platform."

Quote of the day: "Hip-hop was … this urban thing. Now hip-hop is just pop culture. Global pop culture. It's the same when you talk about 'multicultural marketing' or 'multicultural advertising agencies.' That's America. That's the new general market." -- Ryan Ford of L.A.-based agency Cashmere, talking to Ad Age Editor Brian Braiker. Listen to their conversation on the Ad Lib podcast.