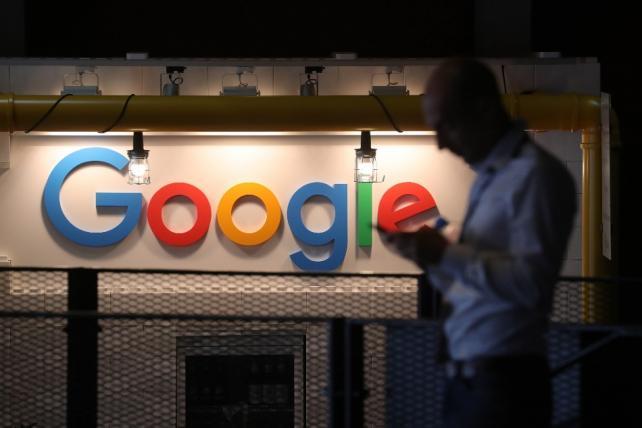 What people are talking about today
France fined Google $56.8 million for violating the European Union's data privacy laws. Considering Google's size, the sum isn't huge; Google's parent company makes that much money every few hours. (Google says it's still studying the decision to decide how to proceed; read more from Bloomberg News.) Still, the decision from France's CNIL data protection body is significant, partly because it's seen as the first big fine under the General Data Privacy Regulation, or GDPR, and it shows the rules are being taken seriously.

One of the French regulators' complaints was that Google did not properly obtain people's consent for showing them personalized ads. The personalization issue is something to watch. Phil Lee, a partner at international law firm FieldFisher, which specializes in privacy, security and information law, wrote a post asking, in the longer term, "what impact this will have on the future of tech, data collection and ad personalisation; is this the beginning of the revolution, or will fines simply be seen as a cost of doing business?"

'Bearish'
Agency executives say their clients are talking about a possible economic downturn and how to prepare for it, Ad Age's Garett Sloane reports. "Some clients are quite bearish on 2019," Andrew Swinand, CEO of Leo Burnett North America, tells Sloane. "I'm in a position of meeting with a lot of C-level executives and people are battening down the hatches." Swinand wasn't alone in expressing that sentiment; Sloane writes that "all agency executives reached for this story say brands are worried that a decade-long expansion is finally set to contract." And, some say, that means brands will be looking more closely at their ad budgets.

Cellulite-shaming
Avon has apologized and pulled marketing materials that touted an anti-cellulite cream with the message, "dimples are cute on your face (not on your thighs)." Actress Jameela Jamil, who has been calling out products and ads she views as body-shaming, was the most high-profile person taking issue with the messaging on Twitter, writing that "EVERYONE has dimples on their thighs. ... Stop shaming women about age, gravity and cellulite. They're inevitable, completely normal things."

The company responded directly to "The Good Place" actress' tweets by saying it had "missed the mark" and was removing the messaging from its future marketing. Avon tweeted: "We support our community in loving their bodies and feeling confident in their own skin." Dimples and all.

A is for ... Alpha
You may have heard of "Generation Alpha," marketing-speak for "kids under age 10." Ad Age's Adrianne Pasquarelli and E.J. Schultz write that Generation Alpha, screen-savvy and adept at using voice speakers, are already helping their parents make buying decisions, and that marketers, naturally, want to reach them. Procter & Gamble's Crest Kids, for instance, has an Alexa skill that entertains kids while they brush their teeth; it tells "jokes, offers fun facts and sings songs for the dentist-recommended brush time of two minutes," they write. (And that raises a question ... are people seriously putting Amazon Echo speakers in their bathrooms now?)
Also, a cheat sheet: Since GenAlpha kids are the children of the cord-cutting generation, marketers reach them through very young YouTubers and Instagrammers. Judann Pollack has your guide to 10 influencers under 10, from Coco Pink Princess (who's got a better wardrobe than you do) to Ryan of Ryan ToysReview (who makes way more money than you).

Just briefly:
Gone: Brandon Truaxe, who founded the cult skincare company Deciem before being removed as CEO several months ago amid unstable behavior, has died, Vox reports. He was 40. The company posted a message on Instagram promising to continue his legacy and adding, "May you finally be at peace."

Big: Sunday's AFC Championship Game between the Patriots and the Chiefs had huge TV ratings, with 53.9 million viewers. Ad Age's Anthony Crupi emails that it was "the second most-watched AFC Championship Game in the 42 years Nielsen's been keeping track of those numbers." The all-time high was the 2011 Jets-Steelers game. Also: Now we know the Super Bowl matchup. It's the New England Patriots vs. the Los Angeles Rams on CBS on Feb. 3.

Meanwhile in Moscow: "Russia launched administrative action against Facebook Inc. and Twitter Inc. on Monday for failing to comply with its data laws," The Wall Street Journal writes, noting that the move comes soon after Facebook cracked down on several Russia-based misinformation campaigns.

Something to watch: A Taiwanese McDonald's commercial briefly shows a woman's ID card listing her nationality as Taiwanese, The Associated Press reports. And that's sensitive: "Comments on internet bulletin boards on Monday accused McDonald's of violating Chinese law by supporting independence for Taiwan, which Beijing claims as part of its territory," The AP says, adding that there were some boycott calls.

Creativity deep dive: When Mastercard dropped its name from its logo, it was akin to "removing the training wheels," as a designer puts it. Read more on such changes and what they mean from Ad Age's Ann-Christine Diaz.

Ad of the day: Kraft took out a full-page ad on the back page of The Washington Post trying to rally support for families affected by the government shutdown. As Ad Age's Jessica Wohl writes, Kraft opened a store in Washington, D.C., where people can pick up a free bag of groceries, and it invited other brands to join in stocking the shelves. "For us, this isn't about politics," it wrote. "It's about families. The same families who have supported our brands, and the part we can play in making sure dinner stays business as usual." Check it out here.