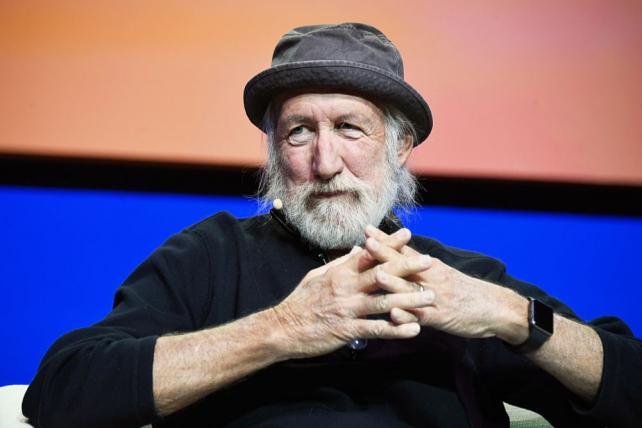 What people are talking about today
Ad legend Lee Clow is retiring today, and he shared some thoughts about his move in a Valentine's Day message -- a love note to advertising, as he calls it. Clow, best known for his iconic work for Apple, is leaving his jobs as chairman at TBWA/Media Arts Lab and director of Media Arts at TBWA/Worldwide to take an advisory role as chairman emeritus at Media Arts Lab, Ad Age's Megan Graham reports.

In his message, Clow writes: "The years I spent doing this thing called advertising have been fun, challenging, rewarding, maddening, sometimes painful, but mostly joyful." The full message is here.

'No conspiracies here'
Chuck E. Cheese would like to clarify something: No, it does not serve pizza pieced together from other customers' uneaten slices. The pizza-and-games chain was responding to a claim from a YouTuber who made a viral video questioning why the chain's pizzas often have slices that aren't uniform in size. The Washington Post reports that the YouTuber, Shane Dawson, "strongly suggested that Chuck E. Cheese's employees could be reheating those old, leftover slices and using them to form new pizzas."

The video might seem laughable, except that 17 million people have watched it since Monday. And so Chuck E. Cheese responded with a statement: "No conspiracies here — our pizzas are made to order and we prepare our dough fresh in restaurant, which means that they're not always perfectly uniform in shape, but always delicious."

Fare share
Do ordinary consumers deserve a cut of the money that Facebook and Google are making off their data? That's what California Gov. Gavin Newsom proposed in his first State of the Union address:

"California's consumers should also be able to share in the wealth that is created from their data. And so I've asked my team to develop a proposal for a new Data Dividend for Californians, because we recognize that your data has value and it belongs to you."

For now, there aren't many details, as The Sacramento Bee writes. But it's an interesting idea, and it comes from the state that passed the U.S.'s toughest digital privacy law. Let's see if this goes anywhere.

Just briefly:
Inappropriate?: "Fox News has rejected a national advertising buy for a 30-second spot that warns viewers about the potential dangers of American fascism after an ad sales representative said network leadership deemed it inappropriate," The Hollywood Reporter writes.

It ain't me, babe: Bob Dylan's voice is no longer the soundtrack to the latest Budweiser ad. The Dylan version aired during the Super Bowl, but Bud's rights to use his version of "Blowin' In the Wind" have expired, and a new version posted on YouTube uses The Cloves' rendition of the song. Read more in the Ad Age Marketer's Brief.

Better Butterfinger: Since the maker of Nutella, Ferrero Group, bought Butterfinger, it overhauled the formula. Now it's promoting its "better Butterfinger" with an ad that involves a candy-crazed alien. As Ad Age's Jessica Wohl writes, the ad starts out looking standard and takes a twist that is "pretty darn odd."

A notable absence: Target sat out Sunday's Grammy Awards, though it was one of the biggest advertisers there last year. Ad Age's Adrianne Pasquarelli looks at why.

Shrinking: Now that Sears' rescue plan has cleared a bankruptcy court, the goal is "to continue to shrink the size of our stores," Sears Chairman Edward Lampert tells The Wall Street Journal. The store will also take the focus off apparel and emphasize tools and appliances.

Podcast of the day: Tim Cadogan, CEO of ad exchange OpenX, talks to Ad Age Editor Brian Braiker in this week's edition of the Ad Lib podcast. And for those who still don't quite understand what his line of business entails, Cadogan's got a simple metaphor to clarify things.

Ad of the day: Here's the Valentine's Day music video you didn't know you needed. It's a cheesy, romantic and also very funny spot about a couple enjoying life together (naked piano-playing, anyone?) It's also an ad for DB Export Gold low carb beer, from New Zealand agency Colenso BBDO. (And we would guess that everyone involved had a lot of fun making this.) Read more by Ad Age's Alexandra Jardine, and watch it here.