McDonald's new marketing move, a backlash against a German ad and a lawsuit against Facebook: Friday Wake-Up Call 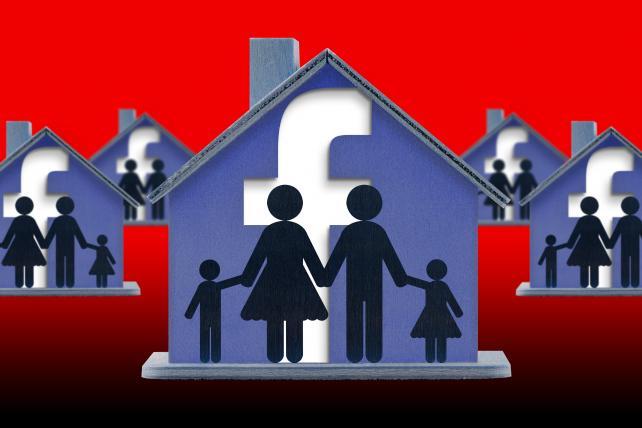 What people are talking about today
Look out for some new McDonald's messaging during Saturday's NAACP Image Awards. The brand, working with Burrell Communications, is debuting "the biggest overhaul to the restaurant chain's African-American marketing in 16 years," Ad Age's Jessica Wohl writes. McDonald's calls the effort "Black & Positively Golden." Lizette Williams, McDonald's USA's head of cultural engagement and experiences, tells Wohl that "it focuses on stories of truth, power and pride and really is a celebration of black excellence." McDonald's will run ads during the Image Awards, and the brand will also be part of the ceremony, giving out a Black & Positively Golden award.

'Our ad is not racist'
A German ad for Hornbach, a home improvement store, is causing an international backlash; critics say it's racist and objectifies Asian women. The ad is … quite an unusual tactic for selling gardening supplies. It shows German men getting sweaty in their gardens. They peel off their shirts and undies, which are packaged -- ripe smells intact -- and sold in a vending machine in what looks like an Asian megacity. An Asian women buys one, sniffs it and seems transported by sexual bliss. "That's the smell of spring," the caption reads. The ad is from agency Heimat-Berlin.

As Germany's Deutsche Welle reports, there's a Change.org petition protesting the ad; about 5,500 people have signed. On Twitter, the company insisted critics were wrong. "Our ad is not racist," it wrote in English. The ad should be viewed as "a discourse on the increasing urbanization and decreasing quality of life in cities..." And it posted what look like alternative endings for the ad, featuring a white woman and man sniffing the filthy laundry instead of an Asian woman. Some people were unimpressed by that response. "F--- YOU," tweeted L.A. radio personality Mimi Chen. "Take that ad down if you don't think it's racist, because everyone ELSE DOES."

Surprise
Another day, another unflattering news item about Facebook and its ad practices. The U.S. Department of Housing and Urban Development filed a lawsuit against Facebook, saying the company has been "encouraging, enabling, and causing housing discrimination" through its ad platform. It accuses Facebook of violating the Fair Housing Act and allowing advertisers to exclude people because of their race, religion or other characteristics, as Ad Age's Orla McCaffrey writes.

This is not a new issue. ProPublica, the non-profit news organization, brought this problem to the world's attention (and presumably, to HUD's) in 2016. Facebook says it's surprised by HUD's suit, since it has already done a lot of work to fix these problems.

Also: HUD is reviewing Twitter and Google's practices, too, as part of the housing discrimination probe, The Washington Post reports.

Just briefly:
Transparency: Johnson & Johnson is planning to run the first U.S. TV ad for a prescription drug that discloses its price (in this case, $448 a month for a bloodthinner.) Read more in The Wall Street Journal.

Upfronts update: Mark your calendars. Walt Disney's upfront plans are starting to take shape following its acquisition of Fox assets, and there will be a combined show from ABC, ESPN, Freeform, FX and National Geographic on May 14 in New York City, Ad Age's Jeanine Poggi writes.

Plastic: Ad Age's Adrianne Pasquarelli looks at how Apple's new credit card will measure up with Gen Z. "The card has appealing convenience features, but its cash rewards are underwhelming," she writes.

PSA: What's BCW, you ask? "It's Burson Cohn & Wolfe, the latest mishmash of initials created by WPP in its spate of agency mergers last year that also birthed VMLY&R," Ad Age's Judann Pollack writes. It's got an ad campaign out to let people know about its new identity, voiced by Donna Imperato, global CEO of the company.

Ad of the day: In Sweden, sports brand Bjorn Borg has a pop-up "Rage Gym," a place where people can go to slam doors and throw things at a brick wall. The idea was dreamed up by Nord DDB, and it's being touted as "a place where you can find yourself by losing it." Sounds … fun? Read more by Ad Age's Alexandra Jardine, and check it out here.