READ THIS NEXT
Cream of Wheat removes the Black chef from its box, and another R/GA departure: Friday Wake-Up Call 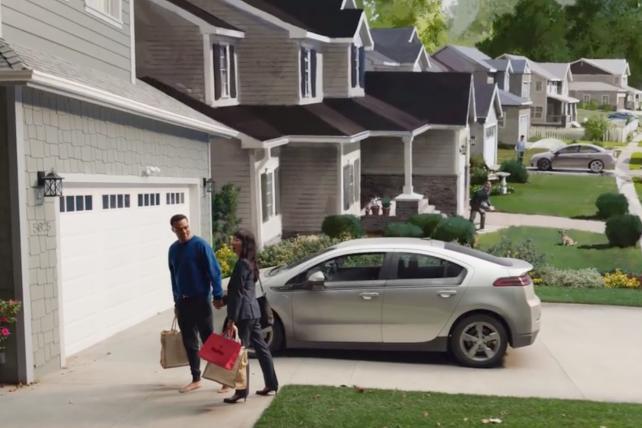 What people are talking about today
Director Spike Jonze ("Her," "Being John Malkovich") has made some delightfully trippy ads, including for Apple and Kenzo. But his new cannabis commercial, for MedMen, is actually quite serious and thoughtful. It examines the history of cannabis in America, including the racial injustices of the "stop and frisk" policy and harsh prison sentences. The unusual ad, which comes from Mekanism and stars "Grey's Anatomy" actor Jesse Williams, seems to be set in a museum of cannabis history, zooming in on still-life exhibits depicting marijuana across the ages.

The spot argues that society has turned a corner after decades of criminalizing marijuana, and that consumption of weed is the new normal, even in the "cookie-cutter suburban neighborhood" where the ad's final scene is set, as Ad Age's Ann-Christine Diaz writes. We knew cannabis marketing would get interesting; it would have been hard to predict anything quite like this ad, though. Watch it here.

Disaster averted
Sunday's Academy Awards had surprisingly strong viewership considering all the messes that led up to the show. (A lot of the Academy's plans didn't work out, like debuting a popular movie category, awarding a few prizes during commercial breaks and hiring Kevin Hart to host.)

Ad Age's Anthony Crupi reports that ABC's broadcast averaged 29.6 million viewers, according to Nielsen fast national ratings, which was up 12 percent from last year's record low of 26.5 million. Maybe it helped that huge hit "Black Panther" was up for awards, and that Lady Gaga and Bradley Cooper performed a duet from "A Star Is Born," a soulful performance that sparked a thousand memes.

Body-positive
The Victoria's Secret brand, long known for push-up bras and over-the-top fashion shows, is no longer as sexy as it was. And other brands see an opening to follow trends in the lingerie category, offering a more comfortable, body-positive version of undies and sleepwear. The latest is Target.

Target announced Monday that it's launching three lines of lingerie and sleepwear, including Auden, a lingerie line, with bras available from 32AA to 46G. The Wall Street Journal, which broke the news over the weekend, writes that Target expects the three lines will top $1 billion in sales in a year. The Journal writes:

"In an effort to win over new lingerie customers, Target said it would launch a marketing campaign featuring women with different bodies, ages and ethnicities. The company said it is also avoiding airbrushed images, as it has previously done with its swimwear advertising."

Basically, that sounds like what Aerie has been doing. And ThirdLove. And Savage X Fenty. Victoria's Secret hasn't gotten the message yet: Imperfection is the new perfect.

Just briefly:
Winter is coming?: More than three-quarters of business economists believe the United States will enter a recession by the end of 2021, according to a survey of the National Association for Business Economics. Read more from Bloomberg News.

Native intelligence: Outbrain Inc., which places ads on publishers' sites that recommend content elsewhere on the web, is acquiring Ligatus GmbH, a subsidiary of German media giant Bertelsmann SE that specializes in native advertising, the Wall Street journal reports. "Spending on native advertising has grown by double-digit percentages in recent years, though its growth may be slowing, according to research firm eMarketer," it says.

Whack-a-Mole: Can YouTube ever be brand-safe? Short answer: no. Shelly Palmer writes in Ad Age that there are other big questions to consider. Like, "should YouTube get into a monumental game of Whack-a-Mole in the name of brand safety? Or should YouTube be what it is and let brands figure it out for themselves?"

Out: Out magazine is embroiled in a business dispute, "and more than 40 writers, editors and photographers have complained publicly that they did not receive compensation for their work," The New York Times reports.

Put a bird on it: "Liberty Mutual is taking a page from its insurance peers Geico and Farmers by featuring an animal in its marketing." In this case, it's an emu, Ad Age's Adrianne Pasquarelli reports.

Number of the day: "Facebook now has about 15,000 content reviewers, almost all of whom work not for Facebook itself but for staffing firms like Accenture and Cognizant," Bloomberg News writes. Their difficult, low-paying jobs are in the spotlight after The Verge published an account of how some suffer from PTSD after watching traumatizing footage, and says a few even embrace conspiracy theories they're subjected to on the job.

Ad of the day: There's a new Coke in town. Orange Vanilla Coke is the first new flavor in a dozen years. Wieden & Kennedy Portland's '70s-inspired spot to promote the new product "looks like it was ripped from an episode of 'Starsky and Hutch,' funky music and all," E.J. Schultz writes in Ad Age. It involves a car chase between a truck full of oranges, a Coke delivery vehicle and an ice cream truck. It's fun. Watch it here.