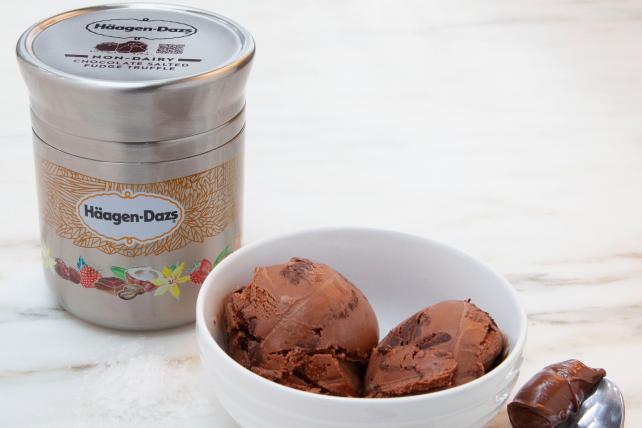 What people are talking about today
What cause could unite competitors like Unilever and Procter & Gamble, or PepsiCo and Coca-Cola? They're part of a new initiative to cut down on packaging waste, along with about 20 other companies. The program, called Loop, entails "reusable containers that customers order online or purchase in stores and return to the company when finished," as Bloomberg News reports. Basically, it's a reincarnation of the milkman model, with containers getting used over and over. Recycling company TerraCycle is at the heart of the program, which will have a small-scale start in May in Paris and New York, New Jersey and Pennsylvania. As an added perk, the new containers are stylish; Haagen-Dazs comes in a chic aluminum canister, and Unilever deodorants are delivered in minimalistic metallic pellets. For legacy brands that have struggled to get consumers excited about what they stand for, this is a very smart move.

1,000 words
Facebook CEO Mark Zuckerberg wrote a 1,000-word op-ed in The Wall Street Journal explaining how Facebook ads work and defending the company from criticism about how it uses people's data. There's not much new in it. Take the line, "We don't sell people's data, even though it's often reported that we do." He said basically the same thing on March 21, April 10 and Dec. 10. So what's the point of this exercise? Business Insider speculates that he wanted to get his message to The Journal's influential, business-friendly audience at a time when the company is "under intense regulatory scrutiny."
More on Facebook: By the way, Facebook Moments is shutting down next month. What? You don't remember Facebook Moments? As The Verge writes, it was "launched back in 2015 as a new way to manage pictures of you and your friends by uploading them all to the app, where the company's facial recognition software could easily identify and let you share them with friends."

In perfect harmony
Coke will run an ad just before the Super Bowl opens, and it starts off with a few notes of the theme song from its famous 1971 "Hilltop" commercial ("I'd like to teach the world to sing…") The two ads share a similar peace-and-harmony message, though the aesthetic is very different. In the new spot, quirky animations show all different kinds of people enjoying Cokes, along with Bigfoot-like creatures, jellyfish and anthropomorphic birds. The voiceover concludes with, "Different is beautiful, and together is beautiful, too." As E.J. Schultz writes in Ad Age, the Wieden & Kennedy Portland ad will air before the national anthem, at a time when people have been divided over players kneeling during the anthem to protest racial injustice. (Wieden also did the Nike campaign featuring Colin Kaepernick, who led those protests, Schultz writes.) Stuart Kronauge, president of Coca-Cola's sparkling business unit and senior VP of marketing in North America, says: "We really wanted to make sure that at a time when the nation feels a little bit divided, we wanted to celebrate unity and positivity."

In other Super Bowl news: Jeanine Poggi's newsletter for Ad Age has all the latest news about the big game airing on CBS on Feb. 3, including an item about Burger King's spot.

Just briefly:
Sex ed by chatbot: Planned Parenthood has a new chatbot designed to answer teenagers' sex questions, and Work & Co was behind the project. Read about it from Ad Age's Megan Graham.

Galactic garments: Under Armour "is teaming up with Richard Branson's Virgin Galactic to create the next generation of apparel and footwear for pilots and passengers on trips to space," Bloomberg News reports.

Hard times in media: This week, there were "1,000 jobs in media lost as the result of layoffs announced at BuzzFeed, HuffPost and Gannett," CNN writes.

Bing: After being inaccessible for a while in China, Microsoft's Bing search engine is back online. "It appeared to have been blocked by government censors," The New York Times writes. Bing offers China a connection to the world outside China, since Google, Facebook, Twitter and YouTube are all blocked.

Ad of the day: Apple's Chinese New Year commercial was shot on an iPhone XS, but other than that, it has nothing to do with Apple products. As Ad Age's I-Hsien Sherwood writes, it's about a mother who gives her son a heavy bucket containing a mystery gift; after the holiday, he lugs it around on his arduous journey back to the city where he lives. The film was directed by influential filmmaker Jia Zhangke. So what's in the bucket? Watch it (all six minutes of it) to find out.