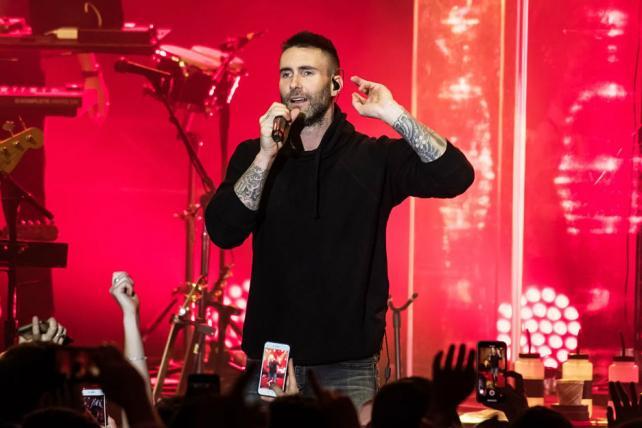 What people are talking about today
Skittles ran Super Bowl ads from 2015 through 2017, but this year (like last year) it's planning an elaborate stunt on Super Bowl Sunday instead. The Mars Wrigley brand is selling tickets to something it calls "Skittles Commercial: The Broadway Musical," reports Ad Age's Jessica Wohl. There's a still-to-be-announced celeb attached to the Feb. 3 show at New York's Town Hall; tickets range from $30 to more than $200, with proceeds going to charity. Wohl writes that the half-hour show will feature a 17-member cast, original songs and a live band. DDB Worldwide is working with Pulitzer-finalist playwright Will Eno on the show.

Eno's most famous work, according to The New York Times, bears the influence of Samuel Beckett, T. S. Eliot, Edward Albee and Dostoyevsky's "Underground Man." But somehow we doubt the Skittles show will be too deep and dark, since the poster shows a cat spewing a Skittle-hued rainbow. Or maybe the cat is just tasting the rainbow? Anyway, check it out here.

Halftime
The lineup is finally official: pop-rock band Maroon 5 will play at the Pepsi Super Bowl LIII Halftime Show in Atlanta on Feb. 3, along with rapper Travis Scott and local artist Big Boi. The NFL made the announcement Sunday. Scott says he "teamed with the NFL to call attention to social justice issues by making a joint donation of $500,000 to the non-profit Dream Corps," EW.com writes.

"I know being an artist that it's in my power to inspire," says Scott in the statement published by EW. "So before confirming the Super Bowl Halftime performance, I made sure to partner with the NFL on this important donation."

The league has been caught up in controversy over its handling of players protesting racial injustice during the national anthem, and some artists have said they wouldn't be interested in playing at the Super Bowl because of it. The New York Times says the donation "seemed to be aimed at stemming a backlash from groups that have criticized the football league's policies."
By the way: Here's the running Ad Age tally of brands putting ads in the Super Bowl. It's 20 days away.

Change of Hart
"Kevin Hart won't be hosting the Oscars this year, but he will be hosting a series of Chase commercials," Ad Age's Adrianne Pasquarelli reports. The actor and comedian has a multi-year deal with the bank on events, workshops and videos. Hart dropped out of his gig hosting next month's Academy Awards after a series of old homophobic tweets resurfaced. The bank seems satisfied with Hart's apology: "This is consistent with the way we would approach a problem; if you make a mistake, acknowledge it, live up to it and try to correct it," Chase CMO Kristin Lemkau told Pasquarelli.

We, we, we
Last week, WeWork announced a rebrand. It now wants to be known as The We Company, with co-working space WeWork just one part of its business. As Axios writes, it's part of a trend: "WeWork is not the only company to demote its flagship brand and name the holding company something silly, or worse." Think Google and Alphabet, Snapchat and Snap, and what Tribune Publishing tried to do with the much-ridiculed Tronc.

"There are many reasons for doing such a thing," Axios adds, "but it does tend to look as though the CEO is a bit ashamed of the main product." Is it shame, or Silicon Valley's culture of relentless, grandiose ambitions for growth? A little of both?
Also: Check out the rebranded website for The We Company, which proclaims that its mission is "To Elevate the World's Consciousness." Though, yes, you can still rent a desk there too.

Just briefly:
News about the news: "A hedge-fund-backed media group known for buying up struggling local papers and cutting costs is planning to make an offer for USA Today publisher Gannett Co.," The Wall Street Journal reports. The potential buyer is Digital First Media. The Journal says it has made offers for Gannett in the past.

$30 million: NBC and Megyn Kelly have made their separation official after the TV host angered viewers with comments about blackface. "According to two people familiar with the negotiations, Ms. Kelly was paid the outstanding balance on her contract, a figure that amounts to roughly $30 million," The New York Times says.

On second thought: "Media giant Viacom Inc., is in talks to sell a majority stake in some of its China operations after running into difficulties trying to scale its business in the world's second-largest economy," The Wall Street Journal reports, citing people familiar with the matter.

CES in review: Ad Age's Brian Braiker and George P. Slefo bring you their takeaways from CES. Including, "Smart kitchens are a hard sell and they have been for a long time; it's unclear what problem they're actually trying to solve."

Creativity pick of the day: To mark the 20th anniversary of "The Sopranos," the HBO Twitter account offered to give people mafia-esque nicknames on Friday. Ad Age's I-Hsien Sherwood writes that "CNN anchor Jake Tapper was dubbed 'Newsboy,' and tennis star Roger Federer was promptly named 'The Feds.'" Check out the other nicknames here.