An influencer gets caught up in the college admissions scandal: Wednesday Wake-Up Call | Ad Age
Skip to main content

An influencer gets caught up in the college admissions scandal: Wednesday Wake-Up Call 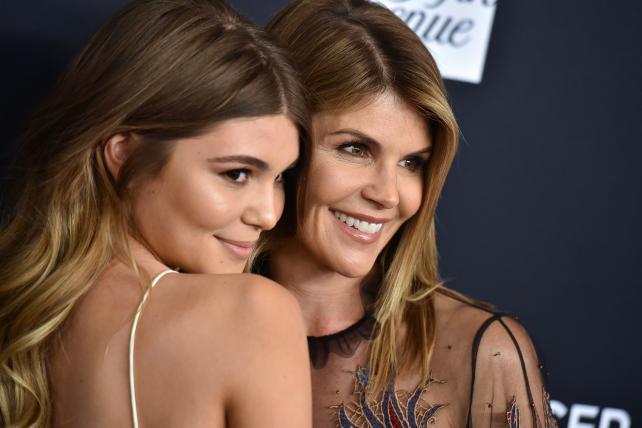 What people are talking about today
Dozens of wealthy parents, including a few celebs, have been accused of cheating and lying to get their kids into prestigious U.S. colleges (sometimes without their children's knowledge). One of the teenagers caught up in the scandal is a well-known Instagram and YouTube influencer who has plugged brands including Amazon, Tresemme and Sephora. Olivia Jade Giannulli, a 19-year-old student at the University of Southern California, is the daughter of "Full House" actress Lori Loughlin and designer Mossimo Giannulli, who have both been charged in the case.

The teenager has 1.3 million Instagram followers and 1.9 million YouTube subscribers. She also has a makeup collection bearing her name, Olivia Jade x Sephora. The Washington Post says she "made her life at USC a YouTube brand" and describes her niche as "#relatable college content with a splash of aspirationalism."

There's no indication Giannulli was in on the alleged scheme to get her (and her older sister, also an Instagrammer) into college. But with the scandal surrounding her, The Hollywood Reporter writes that there are a "multitude of brand sponsorships hanging in the balance."

Giannulli's social feeds were flooded with angry commentary yesterday. In the comments of a sponsored Instagram post about Giannulli getting her college dorm supplies from an Amazon service for students, someone wrote, "Hoping your sponsors dump you ASAP."

Meanwhile in the agency world
Three agency vets with experience at shops including Fallon Minneapolis and Barton F. Graf have teamed up to start their own indie creative agency. As Ad Age's Ann-Christine Diaz writes, it's called Lightning Orchard and it's Brooklyn-based. Jeff Kling, chief creative officer, was most recently at Fallon; Barney Robinson and Laura Janness, CEO and chief strategy officer, worked at Barton F. Graf. Kling jokes: "I had a stepfather who was always asking me, why haven't you opened your own agency yet? My whole purpose in life was to silence him."

Hit refresh
"Facebook rolled out a slew of new updates in how it reports its metrics on Tuesday, which are intended to help marketers make better decisions in how they spend their ad dollars," Ad Age's George Slefo writes. The company is doing away with its so-called "relevance score," Facebook's assessment of how a target audience is expected to react to an ad. Soon there will be three new metrics to replace that -- quality rate ranking, engagement rate ranking and conversion rate ranking. Facebook says the information it's providing advertisers will be more detailed. But if you're finally getting the hang of relevance scores, we're sorry -- it's time to move on.

Just briefly:
Women to Watch: Ad Age has honored Women to Watch in media, marketing and advertising for over 20 years. Nominations for our 2019 U.S. edition are open now, and you can read more here.

Reddit redux?: Twitter has a new app that lets people test features it's considering for its service, and some testers have been already "cringing about a Reddit-like feed that would become difficult to read on mobile," Ad Age's Ilyse Liffreing writes.

Lawsuit: Former ad tech CEO Zain Jaffer has filed suit against his former company, Vungle, after it fired him when he was charged with a series of crimes. Those charges were dropped, and Jaffer's lawyer says he wants his job back -- or compensation. Read more from Bloomberg News.

Master of Buzz: A Michigan teenager who wrote tons of content for BuzzFeed for free -- generating hundreds of thousands of dollars for the company -- just got a book deal. Read about that, and other media news, in Simon Dumenco's new Publisher's Brief for Ad Age.

Stunt of the day: Buffalo Wild Wings is getting ready for the men's NCAA basketball tournament with some ads, and with an unusual stunt targeted at … men who just had vasectomies. (Apparently plenty of men schedule vasectomies for March Madness; if they've got to hang out and recuperate, why not have something good to watch?) As Ad Age's Jessica Wohl writes, the wings chain and The Martin Agency are offering "Jewel Stools" inside two restaurants in New York and Los Angeles, with "a cooling material in the center of the seat so guys who are recovering from the procedure can relax." Huh.

Ad of the day: What if your favorite characters from different Netflix shows hang out together behind the scenes? That's the premise of some new ads from Netflix. In one, the guys from "Queer Eye" give makeover and life tips to the title character of animated "BoJack Horseman." ("What I see is someone who is more man than horse, who is longing to be more horse than man," Karamo Brown tells him.) Read more about the work from Ad Age's Ann-Christine Diaz in Ad Age, and watch it here.