Plus, the industry reels from SXSW's cancellation
READ THIS NEXT
Jury could hear Fortnite court fight and brands rally voters ahead of presidential debate: Tuesday Wake-Up Call 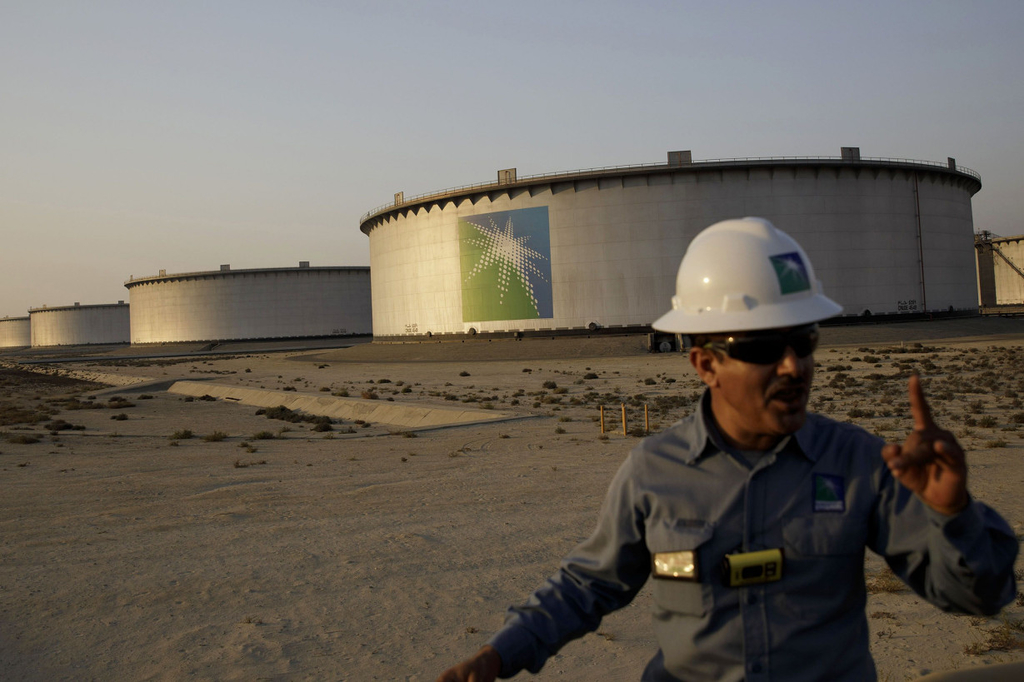 Oil prices crash, stocks tumble
Good morning, and welcome to another rollercoaster week amid the ongoing coronavirus outbreak. This morning, a new crisis to contend with: Oil prices have crashed by approximately 30 percent, the biggest fall since the first Gulf War, sending markets tumbling around the world.

As the Financial Times reports, the crash is the result of an oil price war started by Saudi Arabia that “threatens to swamp the crude market with supplies just as the coronavirus outbreak hits demand.” So, just how bad is that? Well, the FT quotes one analyst, Tom Holland at Gavekal Research, as saying: “If you ever wondered what would happen if someone lobbed a hand grenade into a bloodbath, now you know. It’s not pretty.”

The crash has sent stock markets into freefall around the world. The London FTSE 100 plunged by 8.6 percent on opening, with WPP shares down more than 6 percent for example. In Australia markets were down by more than 7 percent. S&P 500 stock futures predicted a fall of as much as 5 percent on Wall Street when trading begins today.

Apple offers staff remote working
Apple is the latest company to offer its staff the option of working remotely during the virus outbreak. CEO Tim Cook told employees at several global offices to “please feel free to work remotely if your job allows” for the week of March 9 to 13, according to a memo obtained by Bloomberg News.  It extends the company’s move last Friday to encourage employees in California and Seattle to work remotely.

Cook told employees with a fever or cough to avoid coming to work until they have recovered, to wash their hands often, not touch their face, and follow quarantine procedures after returning from areas with infections.

Apple joins other big tech firms, including Facebook, Amazon and Google, in encouraging staff not to come into the office. Meanwhile,  in London, Facebook is planning to reopen its offices this morning after closing them on Friday, as reported by CNBC, after a visiting employee from Singapore tested positive for coronavirus.

Counting the cost of the SXSW closure
Many in our industry were supposed to be heading to SXSW later this week, but after the festival’s eleventh hour cancellation on Friday evening, companies that were planning to have a presence at the show will be counting the cost.

As Ad Age’s Garett Sloane reports, SXSW is not likely to be offering refunds to exhibitors, and “that could amount to tens of thousands of dollars” for companies. A SXSW pitch deck obtained by Ad Age on Friday revealed some figures. For example, a prominent booth at SXSW costs $135,000 for the deluxe set-up, and it costs $43,000 to place a logo on shirts worn by festival volunteers.

City of Austin health officials made the decision to cancel, and the city will be counting the cost of the closure. As Sloane and Lindsay Rittenhouse report, “Manny Flores, CEO of Austin-based ad agency Third Ear, whose client is Visit Austin, the city’s tourism and convention bureau, said: “You can’t have another SXSW  later in the year … you just can’t make it up, it’s money that is gone forever. It’s tough, it’s hard.”

Brands emerging healthier from virus
Not all categories are reeling from the coronavirus. Ad Age’s Ilyse Liffreing has identified some brands that are seeing their products in demand and their stocks rising as a result of the crisis. They include: cleaning products such as Clorox, Lysol and hand sanitizer Purell; maker of respiratory masks 3M; non-perishable food brands like Oatly and Campbell’s and Netflix—because we’re all cocooning at home. Also, the notorious Peloton. Why? Because gyms are full of germs and people (the New York Times has the lowdown.)

Pulling off Pizza Hut’s comeback
In Ad Age’s latest print issue, out today, Jessica Wohl interviews Pizza Hut’s new Chief Marketing Officer George Felix and Chief Brand Officer David Graves, and asks whether the duo can achieve with the pizza chain what they did at KFC.

According to Wohl, after reinvigorating Colonel Sanders and turning marketing around at KFC, “Felix and Graves believe they can pull from a similar playbook, using the 62-year-old brand’s heritage as an asset.” That could include capitalizing on the chain’s history as a “happy, fun-loving brand,” and making sure it offers “pizzas you can only get at Pizza Hut.” Read more here.

Just briefly
Just (not) cruisin’: The U.S. State Department has told Americans to avoid cruise ships during the coronavirus outbreak, reports the New York Times. The warning on Sunday night came despite President Trump resisting “requests from administration officials to publicly urge older travelers to avoid cruise ships and plane travel, saying he thought it would harm those industries.”

More cancellations: The BNP Paribas Indian Wells tennis tournament in California has been canceled due to the coronavirus outbreak, reports the L.A. Times. Meanwhile, TMZ reports that music festival Coachella could also pull the plug, after a person tested positive for coronavirus in California's Riverside County, where it's due to take place starting April 10.

Facebook lawsuit: In a case lodged in the Australian federal court on Monday, Australia’s information commissioner is suing Facebook over allegedly breaching the privacy of more than 300,000 Australians in the Cambridge Analytica affair, reports The Guardian.

Campaign of the Day:  For International Women's Day, underwear brand Knix shone a spotlight on women over 50 in an Instagram video provocatively titled “Who Gives a F*ck.” As Adrianne Pasquarelli writes, the spot aims to change the conversation around women’s age, in an era when female celebrities’ ages are still discussed widely. The campaign features models of a variety of ages, shapes and sizes. Meanwhile, don’t forget to check out Creativity’s Top 5 campaigns from last week, including P&G’s partnership with Time Magazine to recreate a century’s worth of Person of the Year covers, all featuring accomplished women.