Can organized resistance to shaving nick the sales of giant Procter & Gamble Co.'s Gillette? Apparently so, at least according to the company's chief financial officer. 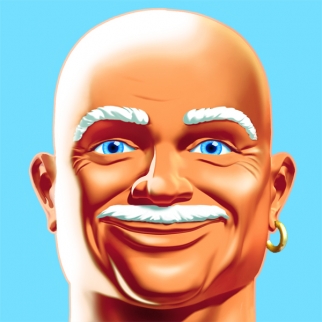 Even P&G's Mr. Clean once grew a mustache for Movember.

Movember -- the non-profit effort to get guys to let their mustaches grow to raise money for prostate cancer research – got some of the blame for softness in razor sales when P&G reported financial results today. In an earnings briefing with reporters, P&G Chief Financial Officer Jon Moeller blamed the razor market's "contraction in developed regions" cited in P&G's press release in part on "reduced incidence of facial shaving, and that was exacerbated by the quarter we were just in because of the prostate-cancer related movement in North America not to shave facial hair in the month of November."

He also cited a consumer shift toward cheaper disposable razors from systems like Gillette Fusion, which he said is still gaining share.

Asked later whether sales shifting to hard-to-track e-commerce players such as Dollar Shave Club played a role, Mr. Moeller said: "Clearly those channels are seeing more business" but that e-commerce remains a "a relatively small part of the total market" and something P&G attempts to include in estimates of total market results, which slowed anyway.

What's the frequency?
Consumer Edge Research analyst Javier Escalante said in an email that Movember "possibly contributed," but that long-term decline in shaving frequency is the real issue. A Consumer Edge report Jan. 22 found average shaving frequency declined from 5.3 to 4.6 times weekly in the U.S. between 2000 to 2013, particularly in the 18-to-24 age group, where it fell from 4.5 to 3.4.

The non-profit group Movember last month said 219,000 people in the U.S. and 4 million globally agreed to grow mustaches for the cause (it doesn't require complete shaving abstinence).

By the estimate of 800Razors.com, there are 34 million razor-cartridge users in the U.S., not counting people using disposables or electric razors. By comparison, Dollar Shave Club had 200,000 subscribers as of last summer, according to media reports.

Beauty was the company's laggard, with flat organic sales that Mr. Moeller blamed primarily on issues with Olay that he said will "take some time" to fix, though he said it had more to do with the product range than the advertising or brand equity.

P&G's U.S. growth was flat to up 1% overall, while it grew organic sales 8% in developing markets despite slowdowns there, Mr. Moeller said. While he said P&G grew or held share in about 55% of its business, it came in behind such competitors as Unilever, Kimberly-Clark Corp. and Beiersdorf, which grew 4%, 5% and 7% respectively.

Even so, P&G is sticking with plans to grow ad spending slower than sales this year, Mr. Moeller said in a conference call with analysts. Increased use of more-efficient digital media, now about 30% of P&G's global ad spending and set to grow faster, is part of that plan because it helps generate free social and traditional media impressions. He said a Pantene ad that originated in the Philippines last month and a Duracell video released last week had generated 1 billion and 1.7 billion media impressions of all sorts, counting media coverage.