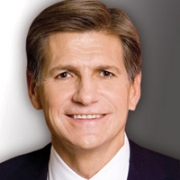 P&G already has about 100 people in that communications group who are "community managers," said Mr. Pritchard, functioning as brand representatives in social media, sometimes with the formal title and sometimes evolving into the role on an ad-hoc basis.

The restructuring dovetails with P&G's broader cost-cutting effort, which aims to cut $10 billion over five years, including about $1 billion from a slower pace of marketing spending increases. But the moves weren't driven by that plan, Mr. Hassall said. He said he's been working on plans to restructure the ER organization for his past three years as global external-relations officer.

Mr. Hassall said the ER organization is on pace to meet its goals in the broader corporate effort to reduce non-manufacturing headcount through voluntary separation packages. Those have been offered widely to employees other than those rated in the top third of P&G's three-part rating system or who have been recently promoted.

Mr. Hassall, who will be 58 upon his retirement, will return to China, where he worked in the four years prior to his current role. He will focus on an immersive Mandarin course and teaching in an executive MBA program at Sun Yat Sen University in Guangzhou, where P&G's China operations are also headquartered.

P&G's PR has long had at least a sprinkling of people who began their careers in the company's brand management system, including former Global External Relations Officer Charlotte Otto.

But Mr. Pritchard said, "We see an increasing percentage of people coming as external, mid-career hires, with experience either in PR agencies, or in many cases political campaigns [Gillette spokesman Damon Jones took a sabbatical to work on the Obama campaign in 2008, for example] or working for other companies. It's one of the functions we're finding where bringing people in with external experience is a real plus ."

Having the communications group more closely aligned with the brand groups, Mr. Pritchard said, will help give P&G's marketing efforts more of an outside perspective. P&G's brand and general management ranks have traditionally promoted strictly from within -- something that 's come under growing criticism in recent months from Wall Street analysts as the company's growth has slowed.

Mr. Pritchard has long been an advocate for the crucial role of PR in the marketing effort, a view passed down from his father, who he said saw PR as the core of what a company stands for.