Papa John's Founder John Schnatter Is Stepping Down As CEO

READ THIS NEXT
High-profile departures at General Mills and Ogilvy, and lessons from Peloton’s recall: Friday Wake-Up Call 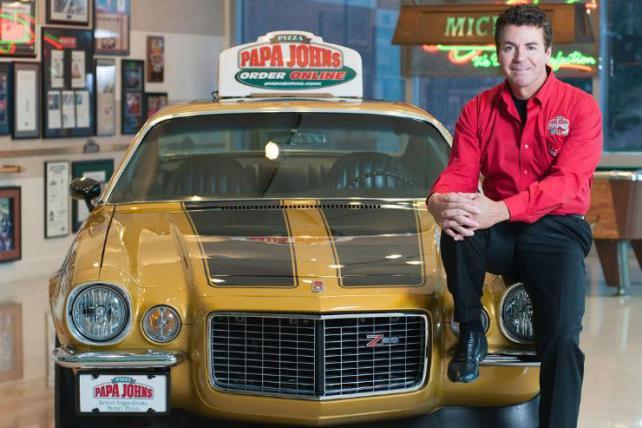 The controversial "papa" from Papa John's International Inc. is stepping down as chief executive officer.

Company founder John Schnatter will hand the reins to Chief Operating Officer Steve Ritchie as of Jan. 1. The 43-year-old Ritchie, who began as a Papa John's customer-service rep making $6 an hour in 1996, has been overseeing operations for the past three years.

The move comes less than two months after Schnatter inflamed an outcry over NFL players kneeling during the national anthem. The CEO, whose company is a top sponsor of the league, said that the player protests were mishandled by NFL leadership and hurt the pizza chain's sales. Papa John's later apologized for the "divisive" comments.

Schnatter, 56, will remain chairman of the company, which ranks as the third-largest pizza chain. Though the executive will continue to focus on product quality and customer satisfaction, he also plans to pursue "his personal passion for entrepreneurship, leadership development and education," Papa John's said.

The company takes pride in hiring from within, saying that 98 percent of its restaurant managers are promoted from hourly jobs. Ritchie worked as a delivery driver and store manager before becoming operating chief in 2014 and president in 2015.

Growth slowdown
As he takes the helm next month, he'll have to cope with slowing growth. Papa John's shares fell 8.5 percent on Nov. 1 -- the most in two years -- after same-store sales missed analysts' estimates. The stock is down 31 percent for the year.

In explaining the disappointing results, Schnatter pointed a finger at NFL Commissioner Roger Goodell, arguing that the national-anthem controversy was hurting ratings -- and, in turn, sales of his pizza.

"The NFL has hurt us by not resolving the current debacle to the players' and owners' satisfaction," Schnatter said at the time. "NFL leadership has hurt Papa John's shareholders."

Goodell critics have said that he should force players to stand for the anthem.

Later that month, the Louisville, Kentucky-based company said it didn't intend to be polarizing with the remarks."We believe in the right to protest inequality and support the players' movement to create a new platform for change," the company said. "We also believe together, as Americans, we should honor our anthem. There is a way to do both."
--Bloomberg News