The spike shows how protests around the country are influencing consumer demand
READ THIS NEXT
Facebook considers banning political ads in the lead-up to the U.S. election 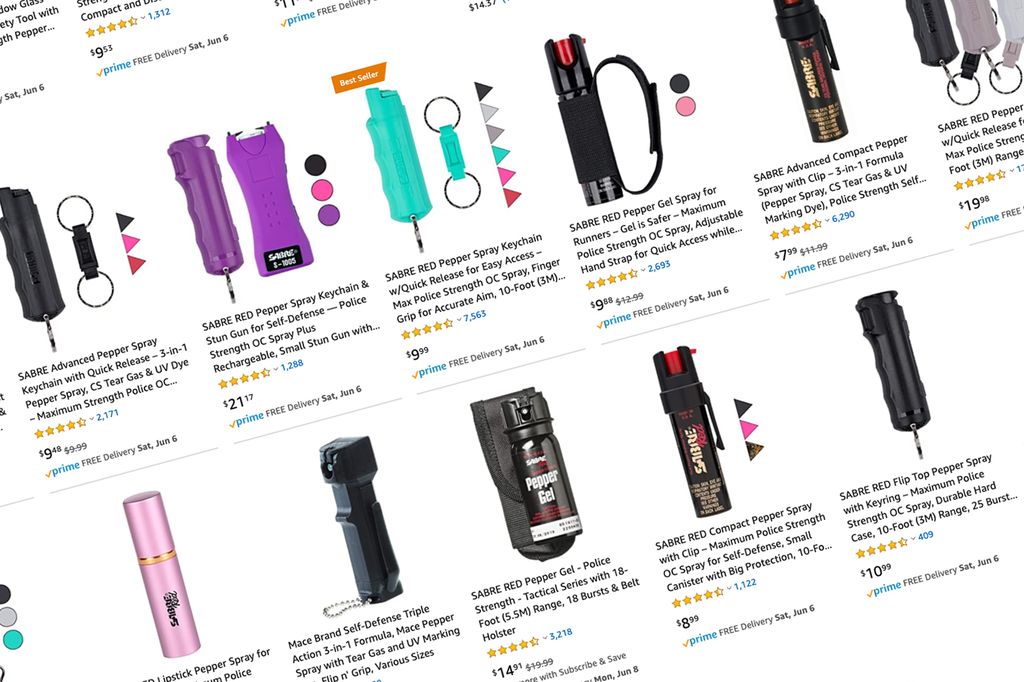 Amazon shoppers are buying up pepper spray as demonstrations continue around the country and self-defense becomes top-of-mind for some Americans.

A $9.48 canister of Sabre “max police strength” pepper spray shot up to the top-selling rank in Amazon’s sports and outdoors category Monday morning, supplanting normal best-sellers such as shorts and t-shirts, according to Marketplace Pulse, which monitors the site. A neck gaiter, which can cover the nose and mouth and became popular during the pandemic, is No. 2.

One Amazon shopper named “Bill” left a 5-star review for the pepper spray May 31 and said “Put the cops down when they mess with you.” People are swapping recommendations for self-defense products on social-media platforms like Twitter, where users are posting links to Sabre pepper spray on Amazon.

Protests have rocked U.S. cities since the killing in police custody of George Floyd, a black man. The authorities have charged police officer Derek Chauvin with Floyd’s murder. Some demonstrations have turned violent, with businesses looted and buildings and vehicles set ablaze.

Sabre, which also makes stun guns and other products used by law enforcement, couldn’t immediately be reached for comment. A customer representative said all company executives were in a meeting. According to customer reviews, the pepper spray can be used for self-defense.

Amazon became a pipeline for household essentials such as toilet paper and disinfecting wipes for shoppers hunkered down at home to avoid contracting COVID-19. The spike in pepper spray sales shows how protests around the country are influencing consumer demand. Amazon’s best-seller product rankings provide a real-time gauge for sudden swings in consumer demand.