The retailer intends to auction off its intellectual property and e-commerce business in July
READ THIS NEXT
Jeff Bezos’s wealth soars to $171.6 billion to top pre-divorce record 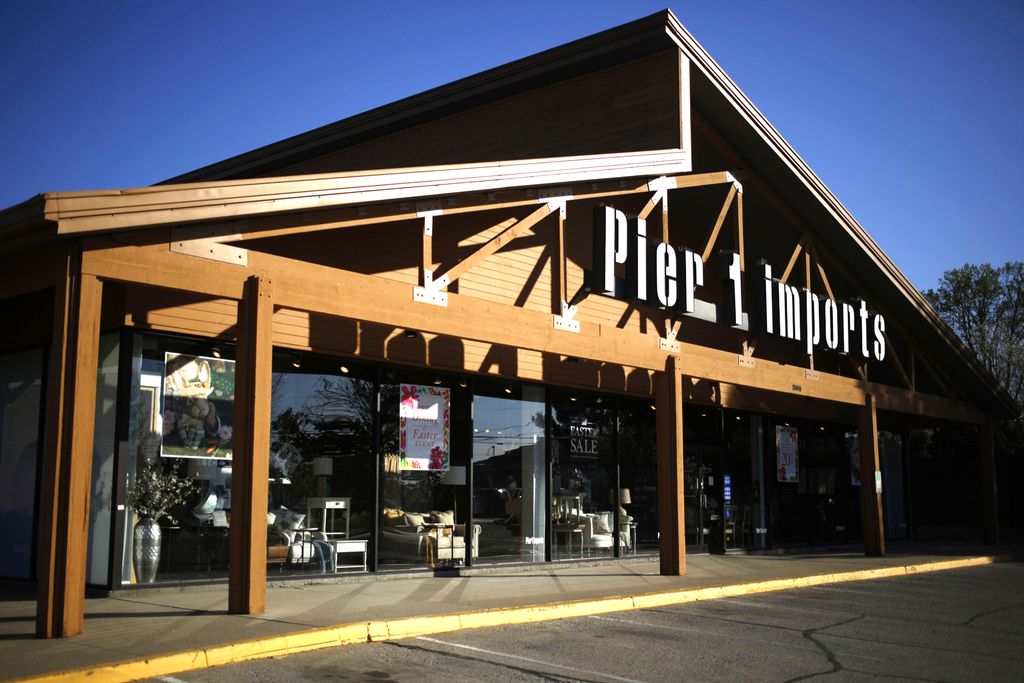 Bankruptcy is supposed to give damaged companies a breathing spell to reduce debt and restructure. As Pier 1 Imports acknowledged this week, heading to the courthouse in the current environment may mean just out of business.

The company told a judge it had lost all hope of surviving as a going concern because no one wants to buy it and creditors refuse to take ownership of the once-stylish furniture chain.

Pier 1 is giving up as other retailers increasingly turn to Chapter 11 to save themselves from the economic impact of the coronavirus. That includes JC Penney, which less than a week ago began its trip through bankruptcy court with plans to cut debt, close unprofitable stores and restructure.

Many brick-and-mortar retailers have struggled with the rise of online shopping for years. But the extraordinary conditions around COVID-19—city-wide lockdowns and mandatory closures—threaten the typical strategy for companies and lenders of using Chapter 11 to cut debt, seize ownership and produce an entity primed for success.

“It’s a new world order,” bankruptcy lawyer Michael D Sirota says. “It’s all about e-commerce traffic. This pandemic is just going to strengthen the idea you never have to walk into a store.”

Pier 1 entered bankruptcy court in February with tentative plans to quickly shed debt and find a buyer. When coronavirus restrictions closed its stores, the Fort Worth, Texas-based company responded by putting its reorganization effort on hold to conserve cash. But time ran out.

“It’s kind of hard to imagine how you pull out of that death spiral,” says Robert McGovern, CEO of the retail data company Precise Target.

The company had posted declining sales and losses amid a raft of new competitors such as Wayfair. On March 30, Pier 1 canceled a scheduled auction for its assets, saying lenders would take ownership of the company.

“Unfortunately, the challenging retail environment has been significantly compounded by the profound impact of COVID-19, hindering our ability to secure such a buyer,” CEO Robert Riesbeck said in a statement.

Since store-closing sales can’t be held until state-mandated lockdowns are lifted, the retailer is seeking court permission to pay current employees severance and bonuses to discourage them from leaving before the chain can wind down. When it filed for bankruptcy, Pier 1 had about 17,000 non-seasonal employees.

Pier 1 is also asking its bankruptcy judge to set an auction on July 8 for its intellectual property and e-commerce business, according to court papers.

“It is now clear that Pier 1’s future does not involve any brick-and-mortar retail locations,” the company said in court papers.

The pandemic-caused lockdown is only accelerating the shift to online sales, putting specialty retailers like Pier 1 more at risk than ever, McGovern says.

Modell’s Sporting Goods filed for bankruptcy a few weeks after Pier 1, but without any illusions that it could survive. The company had planned to liquidate by running going-out-of business sales. The coronavirus lockdown put that plan on hold.

Art Van Furniture filed for bankruptcy in March, but weeks later it switched to a more accelerated liquidation. Department and discount retail chain Stage Stores this month won bankruptcy court approval to use its available cash to conduct store closing sales while also marketing its businesses for a potential going-concern sale.

“When it is all said and done we’re going to end up with fewer storefronts,” McGovern says. “This is just accelerating the inevitable.”