Plus, social media engages the lonely, and AT&T gets another hand slap
READ THIS NEXT
Netflix raises U.S. subscription price in sign of confidence 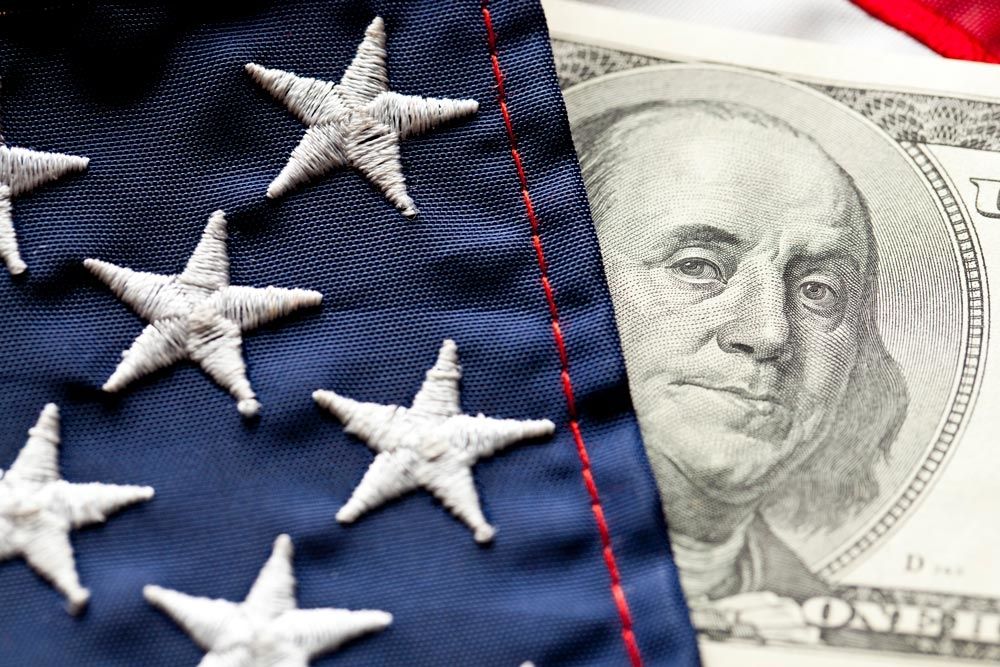 In the early days of the pandemic, ad spend plummeted, but politics may come to the industry’s rescue. It’s an election year (in case you hadn't noticed) so both political parties are pouring money into ad buys, enough that they could set up a recovery in 2021, likely sooner than many other parts of the U.S. economy.

“Total ad sales in the U.S. decreased by 7.2 percent in the first and second quarters of 2020,” writes Ad Age’s Ethan Jakob Craft. “However, resilient digital media sales, which rose by 5.7 percent in that period, mitigated a significant 23.1 percent decline in linear media, encompassing broadcast, radio, print and out-of-home,” according to the latest Magna U.S. Advertising Forecast.

While militant partisanship may be bad for the country, it’s great for political ad buys, especially in close races across the country, and total spend is expected to rise 32 percent from 2016. Much of that comes from political action committees and super PACs funded by big-money donors. Michael Bloomberg is dropping $100 million to support Biden (a fifth of what he promised during the primaries), and Republican donor Sheldon Adelson is preparing to spend up to $50 million to re-elect Trump.

He might be a no-talent ass clown, but Michael Bolton is an unabashed superfan of Panera Bread. Yes, the fast casual chain known for its pastries, soups and free Wi-Fi.

He loves it so much, in fact, that he contacted Goodby Silverstein & Partners and offered to work on a campaign. The result is a literally cheesy rendition of “When a Man Loves a Woman,” now adapted to “When Some Mac Loves Broccoli Cheddar.”

“The premise of the online video is that the newly-installed Panera head chef, Claes Petersson, is preparing for his first big product launch since joining the chain,” writes Ad Age’s Jessica Wohl. “Petersson explains the two things needed for a successful product debut: first, amazing ingredients, and secondly, Michael Bolton.”

It’s an impressive piece of pandemic-era marketing, thanks in large part to Bolton’s sprawling estate, which serves as the shoot location. But there’s one missed opportunity: Bolton sports the short haircut he’s had in recent years, rather than using lockdown as an excuse to bring back his legendary mullet.

Are we seriously not doing 'phrasing' anymore?

The National Advertising Division of the Better Business Bureau ruled against AT&T’s tagline “building 5G on America’s best network.” No, it's not because true 5G seems like a pipe dream in the U.S.

“NAD said that the claim ‘just OK is not OK,’ which AT&T has used in its ads since early 2019, was ‘not falsely disparaging,’” writes Ad Age’s Adrianne Pasquarelli. But the “best” claim “is unsupported—any ranking on superiority was from 4G networks, according to NAD.” The organization also recommended that AT&T disclose its financial ties to groups that deal in data benchmarking to come up with those rankings.

Back in May, AT&T was also chastised for using the phrase” 5G Evolution” on phones that were decidedly still 4G.

These days, many people drift fitfully to sleep still clutching a glowing box of sad stories and data mining. Maybe that’s why social engagement has skyrocketed under lockdown.

“The best speculation from people tracking the trends are that people working or schooling from home feel much freer to turn up the sound, make videos full screen, comment or otherwise engage,” writes Ad Age’s Jack Neff. “Of course, the other theory is that fraud is on the rise, precisely because fake clicks are now more plausible.”

It makes sense that viewership is up about 20 percent since March. But engagement with those videos is growing three times faster, according to McCann’s Primis. Branded and sponsored content on social is also up 21 percent, but engagement rose more than 100 percent.

If nothing else, analysts speculate viewers could just be lonely and craving interpersonal contact, even with influencers and celebrity chefs. That’s a very 2020 mood.

God rest Ye: Kim Kardashian may have taken the day off from social media, but her husband didn’t. Kanye West tapped out a tweet storm on Wednesday worthy of the president he admires so much. He doxxed a Forbes editor and posted a video of what looked like a stream of urine on his Grammy. There are also reports that he’s telling his presidential campaign staff to refrain from “fornicating.”

Change of season: Longtime R/GA stalwart and nearly-professional weatherman Dave Edwards is heading to Greg Paull’s R3 as executive VP of global business development. The move comes six months after he joined BeenThereDoneThat following 14 years at R/GA. In his new role at the marketing consultancy, he’ll oversee a team of five focused on the U.S. and Europe.

Nobody stop him: “Saturday Night Live” is resuming actual live episodes in October, and Jim Carrey is joining for the season to play Joe Biden, following In the footsteps of Jason Sudeikis, Woody Harrelson and John Mulaney like a new Harlan Sanders. Alec Baldwin reprises his role as Donald Trump, so expect physical comedy and face-stretching shenanigans. Someone or something is getting “beaten like a drum.”