There was a time when the biggest clashes in adland were right brain-left brain squabbles between creatives and account executives. Today, the most tense conversations take place behind closed doors, with client-side procurement folks and an agency's finance and account leaders haggling over fees. 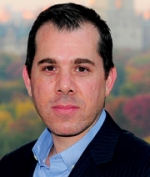 It's an arduous process, and one that 's leading some shops to think that if you can't beat "em, join "em.

Toronto-based ad holding company MDC Partners anointed its first chief procurement officer, Brett Colbert, in the hopes of helping its member agencies change the dialogue. Until recently Mr. Colbert was global manager of procurement at Anheuser-Busch InBev. He will work across MDC agencies, educating them about procurement practices while participating in fee negotiation and procurement discussions.

The largest holding company in the world, WPP, also recently hired a former senior procurement officer from Kraft Foods, George Dan. WPP declined to comment on Mr. Dan, but his role is not believed to be client-facing like Mr. Colbert's.

"I'll be honest, I've been waiting for this day to come, and I'm surprised more haven't done it sooner," said Bill Duggan, exec VP at the Association of National Advertisers. "I think it's a good thing for agencies. It could potentially help some agencies to get some clients to change the conversation from savings to value."

Mr. Colbert -- a spry, fast-talking individual with a sly smile -- takes great pride in his procurement background. LinkedIn sums up his career as "Rock and Roll Procurement." He got to know MDC when he brought one of its member agencies, Anomaly , on board AB-InBev's agency roster last year. Before the brewer, he spent time in procurement posts at Nestle and Warner Bros. Entertainment.

"Client procurement is driving the price down to prove their value, and the agencies are often playing along just to be in the game," Mr. Colbert said. "The big opportunity is to say to the agencies that "It's not a negotiation if you don't say no.'"

"What I hope to do is discuss with client procurement the measures that truly matter and what is used to define success, because not all metrics are useful and in fact some may be misleading. ... What I'd like to focus on is spend maximization rather than cost reduction." He added,"What I'm finding is that agency finance and agency-account people aren't necessarily aligning on how a negotiation should transpire. An account person may give things away [to prospective clients] with the hope that new business would drive morale and acquisition sales and they'll find away to make it profitable, but giving it away sets a new baseline."

While MDC and WPP have both hired from the procurement side, it doesn't seem like other holding companies are rushing to follow suit.

Havas CEO David Jones told Ad Age the French holding company has no plans to bring on a CPO: "I don't necessarily think that agencies need to hire their own procurement people, but I do think it's important that agencies today understand the critical role procurement play for our clients, and have people capable of dealing effectively with them."

The proposition of hiring procurement execs isn't viable for smaller agencies, based on cost and the size of their business. There's also the matter of there not being a huge pool of poachable talent who understand marketing procurement.

"We're less likely to make an investment in a procurement person to come into our organization, but for a large holding company or large agency, given how much procurement is involved in their business, it's smart," said Brian Martin, CEO at New York-based indie agency Amalgamated and a former agency-search consultant. "The more you understand their world, the more you understand how to represent yourself in the best light in that world. If we were in a pitch or had a client where procurement was that important, we may even reach out to a procurement person on a consulting basis to tap into that thinking, but we haven't done that yet. "

The move by agencies to hire procurement executives isn't endorsed by the trade group for agencies, the 4A's. "If the thought is that it's a magic-bullet solution to bring in an agency-procurement person to negotiations with client procurement, that strategically is not sound," said Tom Finneran, exec VP-agency management services at the 4A's.

"Procurement's skill set is buying, it's not selling," Mr. Finneran said. "If part of the role is to help the agency or the holding company know better how procurement thinks and operates, that 's a role where having walked in the shoes of procurement people can be helpful. However, if the role starts to change into having a procurement person handle negotiations on things like agency compensation, I'm not sure that 's the best utilization and deployment of talent ... finance or procurement people on the agency side are not really the best folks equipped to talk about the agencies' value proposition."

Can You Speak Procurement?

There is an endless array of terminology used by procurement professionals, according to MDC Partners' new CPO. Just for starters, did you know that there are two types of cost reductions that traditional procurement teams measure, "hard" and "soft" cost savings? Here's how to tell the difference.

Hard Savings: This is year-on-year savings over the constant volume of purchased products or services. It also means a direct reduction of expense or a change in process/ technology/ policy that directly reduces expenses, and process improvements that result in real and measurable cost or asset reductions. As part of looking at hard savings, procurement professionals examine existing products or services, contractual agreements or processes to determine potential changes that reduce cost. They hunt for net reductions in prices paid for items procured when compared to prices in place for the prior 12 months or a change to lower-cost alternatives. The question remains whether these metrics should even apply to marketing and communications.

Soft Savings: This is often referred to as cost avoidance, and is more in line with marketing spending and the focus for marketing procurement. Examples: resisting or delaying a price increase, purchase price that is lower than the original quoted price, value of additional services at no cost, e.g. free training and long-term contracts with price-protection provisions.