The commercials postproduction industry has shaken itself out from a slashing series of bankruptcies, mergers, retrenchments and repositionings in the last 10 years. The transition has dragged the old "black-box" video shop generation to the more complex digital world of UNIX and NT. (Don't say "routing," say "networking.") While many headlines continue to trumpet the growth of small, startup post shops, the larger, more important story is how mid-sized to larger post houses have struggled to expand their core businesses and reinvent themselves.

A favorite technique has been to open a "boutique" operation -- a smaller, more concentrated business within the larger structure. Of course, "boutique" is a relative term. Pacific Ocean Post (POP), Santa Monica, opened several new businesses in the last five years, including an early DVD production house. Then POP was ingested by the mammoth 4MC, Burbank, which offers everything from satellites to telecine to visual effects. Boutiques are essentially new post service businesses in the early stages of growth. The main advantage is that they offer more dedicated, hands-on service than the parent company can provide.

"If you're a client, now you're dealing with the owner; it's more of a one-on-one relationship," says Dean Winkler, president at Post-Perfect in New York, which employs about 150 people. Of course, Winkler recognizes the inherent chicken-and-egg flaw in this reasoning -- why hire large facilities at all? "Because the larger company has the resources to offer Flame, telecine, color correction," he says. "You get the best of both worlds -- the technical support and the service." Most post artists want more involvement in the conception of their projects, so offering more services is a way of deepening the relationship with the directors and ad agencies. "You can't survive by renting time on hardware," is Winkler's summation. To get closer to clients, PostPerfect opened three boutiques: Cyclotron, for digital visual effects; Oculus, for film effects; and Lower East Side, for audio. "It's a combination of star talent -- because, really, you can only sell talent and star support services," Winkler says. "We'll come on the set. We'll make sure the dubs are right. We'll bring a masseuse into the offline room -- whatever you need."

FilmCore, San Francisco, sat out the computer revolution and stuck to its guns as a creative offline editing house and a sister shop to FilmCore, Hollywood. Its editors had great reputations, and business just walked in the door. About a year ago, though, executive producer Jon Ettinger realized that three of his assistant editors were starting to do great work, yet the company wasn't organized to promote them. So Ettinger opened Green, a boutique dedicated to young editing talent -- and audaciously told the advertising world to bring in its "problem" jobs. "Every agency has jobs that are financially challenged, have scheduling problems or sometimes are just in trouble," he says. "They need a favor. We want Green to be the brand name for that kind of work." It was a sensitive straddle -- FilmCore wanted high-quality spots that would stand out on young editors' reels, not just low-budget work. The experiment paid off instantly, first in the tight-knit San Francisco market and then around the country.

Encore/Santa Monica began life three years ago as a sister shop to Encore/Hollywood, doing bread-and-butter post on TV spots. Its clients were mainly editorial companies (like FilmCore) and production companies. "We had a nice business -- telecine, Henry, Flame -- but we needed to do something more," says Michael Taylor, managing director. "The business was changing so fast. I said, 'My clients are buying computers -- they're becoming my competition. If I don't do something different, I'll be out of business in three years.' " Taylor opened Riot, based around a single Flame artist, Verdi Sevenhuysen, raided from Rushes, London. Flame artists have become huge stars in some cases, and Verdi (as he's known) shows up on the set, advising the agency and director about how best to shoot for post. "Boards walk in here before the director is hired," Taylor says. "The agency will ask Verdi, 'Can we do this?' That's the key to the future of this business." Verdi, Taylor says, is essentially the "creative director" of Riot. "We're starting small -- we hired four people to support Verdi," Taylor notes. "I have to adapt. In three years, Verdi could be our core business. You just don't know."

Some owners divide their larger, traditional post houses into small, more independent divisions. The benefits: expansion of possible revenue streams; more flexibility for artists to grow; and clients don't suffer intra-job rivalries. Bobby Smallheiser started First Edition, New York, 25 years ago, but has tinkered constantly with the structure. With 35 employees, the shop does everything "except color correction," he says. Nevertheless, Smallheiser recently opened Aural Fixation, an audio house, and Splash, a graphics/design shop. "The tape operator can learn about Henry; the Mac artist can learn about the Flame," he explains. "Not that they'll necessarily switch jobs -- but it makes them better and it keeps them happy."

Keeping talent happy -- paid well, challenged, excited -- is a major problem, especially on the West Coast, but one Canadian company found an interesting solution. Topix/Mad Dog, Toronto, an animation production shop and post house, started establishing relationships with new companies formed by ex-employees. One example: Toronto's Red Giant, of which Topix/Mad Dog owns about 50 percent. Together, the two companies have produced three seasons of Splat, a 30-minute magazine show that explains the world of animation, which airs on Canadian TV and The Discovery Channel. Two animated shows are in development. Topix/Mad Dog also owns about 40 percent of Toronto's Head Gear, a stop-motion animation shop with which it actually competes for work -- no longer an irony. "Post is a great business," says Sylvain Taillon, a co-founder, "but there's only so much room to maneuver. Owning content is even more exciting."

Sometimes, post houses can be highly successful, yet fall victim to a kind of "Old Wives Club" syndrome, as new, young ad agency creatives search for new, hot talent. And that twentysomething talent might not notice an established facility. Blue Rock Editing, New York, completely jettisoned its old identity as Palestrini Post and opened Spontaneous Combustion, an auton-omous effects and design shop. It recently gave birth to Blast Digital Audio, stealing Joe O'Connell from SoundTrack, Boston. Henry Edit, New York, is a new boutique, built just for Quantel-happy agency producers. And, very much like FilmCore and Green, Blue Rock opened Raw Talent, a boutique for young editors. "It's an extraordinary effort -- how do you communicate that you have all this brand-new talent?" says Ethel Rubenstein, president at Blue Rock. "This is all a great

Bruce Stockler
View all articles by this author 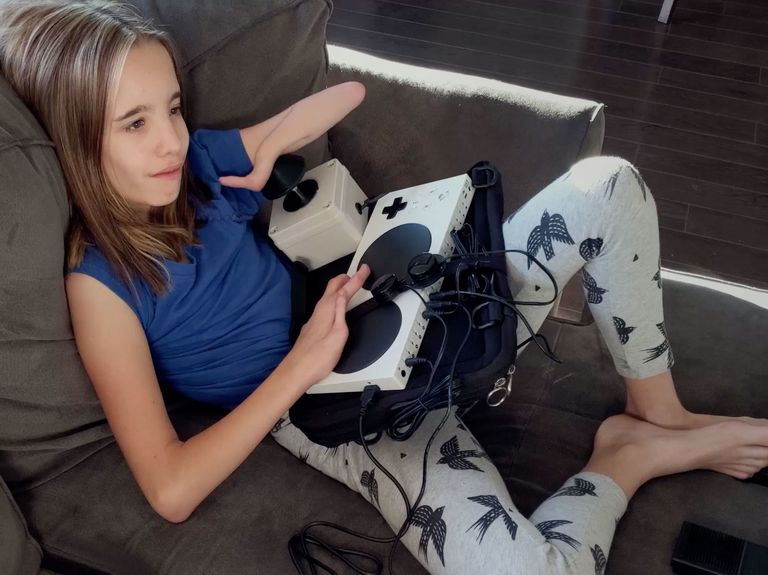