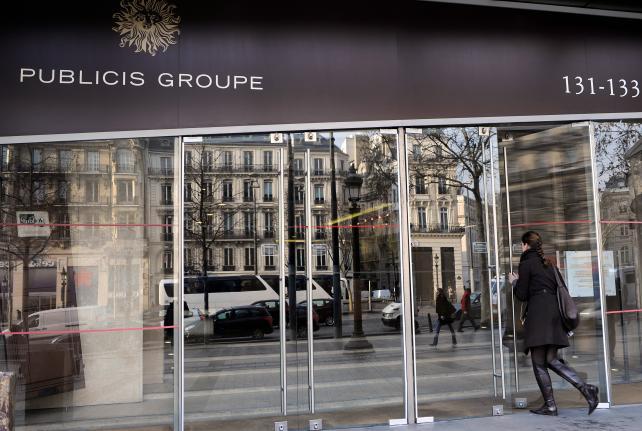 Publicis Groupe reported a "decent" third quarter Thursday on the back of several new business wins and stronger organic growth, while announcing that it will divest its volatile Publicis Health Services business.

This comes after a weaker-than-expected second quarter for the holding company, whose agencies include Leo Burnett, Starcom and Digitas. The holding company reported organic growth decline of 2.1 percent in the second quarter, saying it had yet to see the benefits of new accounts won in the first quarter and that some clients had temporarily suspended campaigns in the quarter amid uncertainty with the implementation of GDPR in Europe.

Liberum analysts said in a note they were somewhat surprised by Publicis shares' strong reaction — shares were up as high as 8 percent on Thursday, they said — given that results were "OK but nothing spectacular."

"What was made clear was that Publicis sees there is an interdependence between creative and media and that it sees winning media contracts as impossible without owning the former," analysts said. "One takeaway from that should be that, despite creative's secular issues and the fact it is probably in decline overall with low margin contribution (high single digits at best), the agency groups are unlikely to exit an area that essentially has become a drag on the business."

Publicis says it is divesting its "volatile" outsourcing business Publicis Health Services following a strategic review. Last quarter, net revenue took a hit in North America because of the unit, leaders said at the time. "We are committed to transforming, and what we are announcing today with regard to PHS is proof of this," Chairman and CEO Arthur Sadoun said in a call with analysts. Sadoun told Ad Age the business wasn't core to Publicis' goals.

Publicis said the third quarter growth benefited from accounts won earlier in the year, including Daimler and Carrefour in Europe and Campbell's and Marriott in North America. New business wins in the third quarter itself included Cathay Pacific globally, Western Union, Nestle media in Southeast Asia, the Government of Singapore and the Mondelez International media budget in several markets.

In a statement, Sadoun added that its most recent business win, GSK's $1.7 billion global media account, announced in October, was won after four separate pitches thanks to its "unique approach to data" and its new Marcel platform.

Publicis says it plans to invest in "strategic game-changers" in the areas of data, dynamic creativity and digital business transformation. In a research note, Pivotal Research senior analyst Brian Wieser — who characterized the results as "decent" — wrote that, "While we see plenty of reasons for concern in the organic revenue trends and because of observations we have on the industry regarding insourcing and reduced use of creative agencies with AOR-based relationships, we continue to see reasons for optimism, too, including Publicis' aforementioned focus on strategic game-changers."

Earlier this week, the Association of National Advertisers released new research saying 78 percent of its members have some form of in-house agency — a sharp upward swing from the ANA's most recent report on the topic, published in 2013.

Sadoun didn't seem too concerned about the trend, telling Ad Age that even while clients are in-housing capabilities they are also "out-housing" them back to agencies. "It comes and goes, to be honest."