A quarter of restaurants may be doomed, and Screenvision looks beyond cinema: Friday Wake-Up Call | Ad Age
Skip to main content

A quarter of restaurants may be doomed, and Screenvision looks beyond cinema: Friday Wake-Up Call

Plus, Playboy has masks and a PSA, and Amazon has a new video game
READ THIS NEXT
Trump's TikTok ban blocked by federal judge 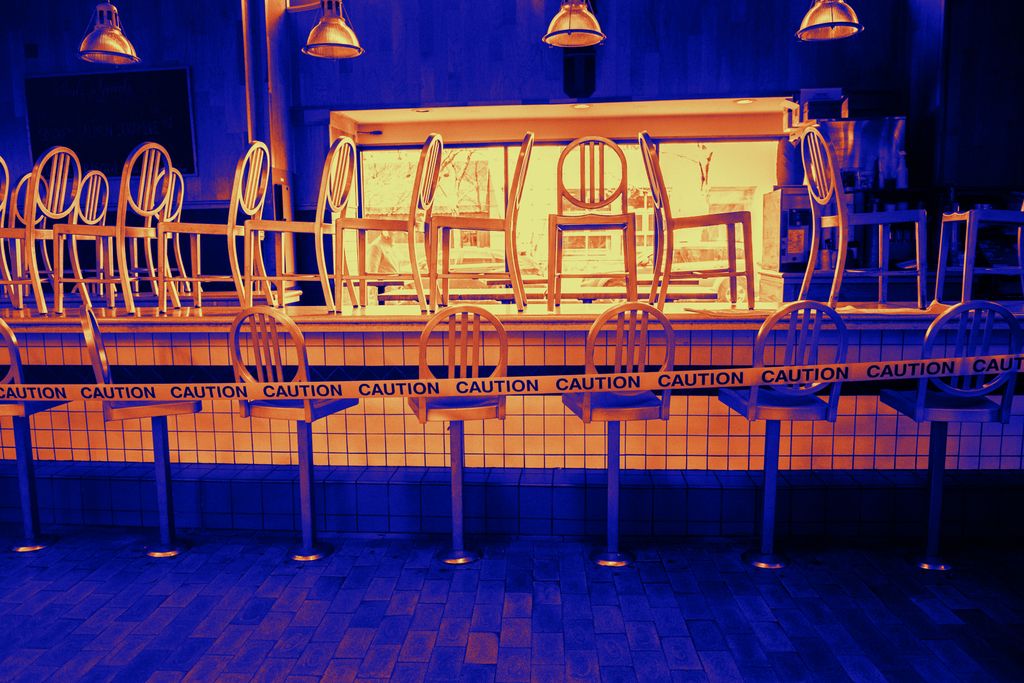 Eat our hearts out

Foodies, lament. Dining reservation service OpenTable predicts that a quarter of American restaurants will go out of business before the pandemic passes. That’s thanks to a total loss of $80 billion that hit the industry over March and April due to social distancing closures that will continue for the foreseeable future in some fashion. Earlier this week, reservations and walk-ins at restaurants on OpenTable were down 95 percent year-over-year.

The situation poses plenty of questions about what the dining landscape will look like in a few years. Big chains and fast feeders seem better positioned to weather mandated closures, though individual franchisees may not fare as well. Mom-and-pop restaurants and low-margin, high-end establishments will have a tough go of it, too, which will have a huge impact not just on restaurant workers but on the character of dining destinations like New York City.

Restaurants in states that are beginning to relax social distancing may get a temporary reprieve, though whether that lasts depends on new outbreaks of coronavirus. Salud!

Cinema ad seller Screenvision is branching out beyond movie theaters, nearly all of which have been closed, completely wiping out box office receipts. “The company is partnering with Volta, which will give Screenvision access to 1,300 ad-supported electric vehicle charging stations located in retail, grocery, sport venues and movie theater parking lots,” writes Ad Age’s Jeanine Poggi.

Screenvision has had to lay off about 25 percent of its staff due to pandemic-related revenue losses. Prior to the shut-downs, the company had begun selling ads in minor league sports stadiums, and it is also looking at locations like restaurants, bars and elevators. “We aren’t called Cinemavision, we are called Screenvision,” CEO John Partilla told Poggi.

Nearly 3 million people filed for unemployment in the last week. The running total for those keeping track is more than 36 million filings in the last two months. That’s even as some stores and restaurants begin to reopen—though often at reduced capacity. And workers called back from furloughs or rehired are often greeted with lower pay or less than full-time work.

The pain throughout the economy has been uneven, as nearly 40 percent of people in households bringing in less than $40,000 a year have lost a job since the beginning of the pandemic. And though red states have fared a bit better than blue states in terms of unemployment claims thus far, the states with the biggest increase in claims since March are Georgia, Kentucky, New Hampshire, Florida and Louisiana.

Playboy is getting in on social distancing, with a new PSA from Preacher that translates familiar tropes from high-school sex-ed to the coronavirus age. “‘Wear Protection’ is updated to reflect the recommendation of wearing masks in public; ‘Ask Permission’ says to ask about boundaries before stepping closer to individuals; ‘Limit Social Partners’ reminds viewers to stay away from gatherings,” writes Ad Age’s Ilyse Liffreing.

“’Wash Before and After’ instructs on the importance of washing hands; ‘Communicate’ encourages viewers to tell those they’ve come in contact with if they think they’re infected; ‘Abstain’ refers to resisting ‘natural urges’ to leave home and see friends.”

The brand is also selling face masks bearing the iconic bunny logo. Each sale spurs a donation of a mask to charity.

Goodby Silverstein & Partners’ Chief Creative Officer Margaret Johnson says the last thing she’s been captivated by lately is advertising. “There is someone who is going around my neighborhood and writing the name of each tree in chalk on the sidewalk, the scientific name and its origin, and that is so cool,” she says, on the latest episode of the ‘Ad Lib’ podcast.

That’s not to say that the agency, where Johnson is a partner, isn’t doing a lot of work during the lockdown caused by the COVID-19 pandemic. The shop, which has a number of clients that have done well or held steady during the outbreak, such as Pepsi and Comcast, has so far avoided layoffs. Using its suite of production tools remotely, Goodby has produced more than 30 pieces of creative for clients like Panera Bread while working outside the office.

She also talks about film school and how she got her start in advertising by literally cold-calling agencies she found by ripping out a sheet of the Yellow Pages found in a New York City phone booth. Her advice to new graduates having trouble finding work? “Reach out to anyone you have ever admired in the industry” and ask for advice, she says, noting that the “hungry will win.”

The literacy of hope: FCB and the Chicago Public Library brought Barack and Michelle Obama to screens to read the picture book “The Word Collector” to kids. Oh, the initiative also features city notables Oprah Winfrey, Jane Lynch and Mayor Lori Lightfoot. “The program also taps into many of Chicago’s cultural institutions like The Second City and Steppenwolf Theatre Company, as well as some of the city’s sports franchises like the Cubs and the Blackhawks,” writes Ad Age’s Alexandra Jardine.

Above it all: Ever wanted to get away from it all? Ty Montague, founder of co:collective, still can, thanks to his pilot’s license. He talks about his 20 years in the air, his love of “aerobatics” and the dangers of runaway artificial intelligence on the latest episode of the “Ad Block” podcast.

Twitchy controller fingers: Amazon is making a multiplayer arena shooter game to go up against hits like “Fortnite” from Epic Games. “Amazon is promoting its game through its streaming platform, Twitch, by having popular streamers such as KillyKAPOWsk or EvilToaster showcase game play to fans prior to its May 20 release,” writes Ad Age’s George Slefo. “That might be enough to spell success for Amazon. Games similar to Fortnite, such as Apex Legends, briefly dethroned video-game phenomenon Fortnite strictly from popular streamers playing the game on Twitch.”