Neiman Marcus and Target 's holiday collaboration hit both stores nationwide on Saturday , and the brand partnership is undoubtedly the most complex, extensive one in either retailer's history. Not only has America's biggest luxury department store linked logos with America's biggest competitor to Walmart, but the duo also convinced 24 high-end designers to participate in the co-branded line of clothes, accessories and home goods.

Curiously, those designers -- including Michelle Obama favorites Prabal Gurung and Jason Wu -- were nowhere to be found in Target and Neiman's elaborate TV commercials, which aired during the Nov. 11 episode of ABC hit nighttime soap "Revenge." Several of the show's actors wear the designer-created clothing in the campaign, which aired on live TV, as well as on ABC.com and Hulu.com, and focused on the products without mentioning the designers' names.

A similar approach went into Starbucks' unusual pairing with Los Angeles-based design team Rodarte. There's minimal Rodarte branding on the line of nylon sleeves, gift cards and mugs that the label, by sisters Laura and Kate Mulleavy, created for the coffee shop's holiday 2012 product push. To promote the line, which starts at $4.95 for a fabric coffee sleeve, Starbucks created custom in-store stands that prominently feature the product and distinguish it from the rest of the holiday offerings.

Why leave marquee names out of such elaborate schemes? Because unlike the collaborations of years ago, today's efforts need to be about more than a name. Mass brands that partner with smaller labels recognize that while buzz is great, the only way to really make money off these partnerships is with excellent product and advertising that will bring in the masses.

What's more, the business model for these deals is evolving. A decade ago, collaborations were buzzy, not-in-it-for-the-money projects that gave mass brands a hip boost and designers broader exposure. Today, they're a de rigueur aspect of doing business as a mass merchant -- and often expected to recoup the investment of hiring the designer. Pre-recession, a designer would earn as little as $20,000 to participate in a mass collaboration. Today, the payouts start at $100,000, and many reach $1 million or $2 million. "Every deal is different -- they depend on where the designers are in their careers, other obligations -- but almost every one of these deals is now between six and seven figures," said Marc Beckman, founder of New York-based Designers Management Agency, who brokers many of these deals. (In the past, he's worked with Proenza Schouler, Christian Siriano and Derek Lam, among others. More specifically, he brokered Mr. Siriano's long-running deal designing shoes for Payless.)

For the Rodarte sisters, collaboration can help keep the company afloat, which explains their willingness to team up with Starbucks. "If you read between the lines, it's simply another example of very talented women who don't earn enough," said Mr. Beckman. "They're trying to find new streams of revenue." For Starbucks, it's a subtle way to draw in an affluent consumer. 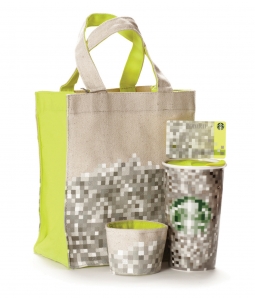 The idea of a collaboration can also be enough to "excite the Wall Street community, which tends to get optimistic on Target 's performance when the collaborations hit," according to longtime Target watcher Brian Sozzi, chief equities analyst at New York-based NBG Productions.

In most cases, revenue from such collaborations makes for a small percentage relative to the overall businesses (mass retailers rarely break out specifics on how much money individual collaborations have generated), but creates broader excitement for retailers, both among consumers and investors. Mass merchants hope that excitement equates to higher sales. When H&M teamed up with Chanel Creative Director Karl Lagerfeld, the collection offered an indication of the potential: It made its debut in November 2004, and sales grew 24% year-over-year for that month, compared with 7%-15% in the prior 12 months.

High-low collaborations are not a new thing—Halston famously designed products for JC Penney in the early 80s. But before Isaac Mizrahi joined Target in 2002 to design a line of affordable stylish clothes, most partnerships reeked of desperation. A few years later, Mr. Lagerfeld's link with H&M gave a free pass to designers to go mass. (Mr. Lagerfeld, now informally known as the King of Collaborations, has since worked with Macy's , Repetto and even Orrefors crystal.)

But collaborations don't always work, and more and more instances will prove failures as the market continues to dilute, leaving big brands unhappy and designers without additional financial backing. A deal Mr. Beckman himself made in 2008 -- Christian Siriano's line of activewear for Puma -- was an on-the-record stinker. ("It wasn't executed well, and the designs were weak," he said.)

Mr. Beckman wasn't impressed with the Target -Neiman deal, either. "I think it's actually bad for Neiman from a branding perspective," he said. (Both Target and Neiman Marcus spokespeople reaffirmed that the companies were proud and enthusiastic about the partnership.)

Regardless, next year brings more collaboration. Mr. Gurung, who participated in the Target -Neiman bonanza, will launch his own Target collection in February. Designer Chris Benz teamed up with the Cambridge Satchel Company -- makers of school bags sold at stores including J.Crew -- on a capsule collection of pastel totes. There are already rumors that H&M's next 2013 collaboration will be with storied French fashion house Givenchy. And Donatella Versace announced in late November that Versus, her Italian fashion house's younger-skewed label, will no longer work exclusively with hip British designer Christopher Kane. Instead, the collection will consist of a series of designer collaborations.

"I can tell you this, there's no doubt in my mind that we have not reached the end," Mr. Beckman said. "My deal flow alone -- what we have in the pipeline -- is huge."