Mascots Become Target of Activists in Obesity Wars
READ THIS NEXT
Tesla is Interbrand’s fastest-growing brand of 2021
Ronald's become an advocate of activity.
Credit: Bloomberg

It strikes some as ridiculous to compare a "smooth character" who extols smoking with a floppy-shoed clown meant to represent the joy of mini hamburgers. But to many activists on the frontline of the war on obesity, the McDonald's mascot is pushing a product they claim is as dangerous as a cigarette.

It strikes others as ludicrous to suggest that fast-food marketing will go the way of tobacco advertising, which abdicated from TV in 1971 and is today a shadow of its former self. Then again, in the early 20th century it was unthinkable that cigarettes would one day be vilified—just as there was little inkling in 1979, when McDonald's rolled out the first Happy Meals, that more than 30 years later they would become a whipping boy for the national obesity epidemic.

This is why the fast-food industry seems to be taking proactive steps to raise its image by focusing on moderation, new kids' meals, exercise and health initiatives.

"To compare Ronald McDonald to Joe Camel is unfair and inaccurate," said Neil Golden, chief marketing officer at McDonald's USA. "Ronald McDonald represents the joy and fun of the McDonald's brand and brings happiness to people of all ages. He delivers messages to families on many subjects, such as safety, literacy, anti-bullying and the importance of physical activity." Indeed, Ronald's role nowadays is focused less on the food and more on the chain's charitable work.

But that the comparison has been made to Joe -- who was voluntarily dropped by the tobacco industry as part of the 1998 Master Settlement Agreement -- raises an important question: Just how did fast food become the nutritional bad guy?

History and Happy Meals
Ronald -- played initially by Willard Scott -- made his debut in 1963, a more innocent time in which Julia Child was pushing butter-rich recipes on TV's "The French Chef" and Charles Schultz's "Happiness Is a Warm Puppy" was on best-seller lists. Ronald's legend was stoked when, eight years later, Needham Harper & Steers created a magical place called McDonaldland, where French Fry Bushes and Apple Pie Trees grew. There, regulation revolved around the likes of the Hamburglar, Mayor McCheese and Officer Big Mac.

The Happy Meal made its debut in 1979, post-women's liberation, and was seen as a savior by working moms who deserved a break today. This menu breakthrough of child-sized burgers, fries and toys appealed to kids because they were especially for them.

Burger King followed McDonald's footsteps and launched its own kids' meals, but it wasn't until 1989 that it launched the Burger King Kids Club meals, marking the first time the chain had characters, which were a multiethnic group of fictional kids.

Kids' obesity was barely a blip on the health radar when Happy Meals arrived, but there was a foreshadowing of things to come. In 1978, the Federal Trade Commission embarked on an ill-fated crusade to ban advertising to children. The big villain was sugar, the concern kids' teeth. 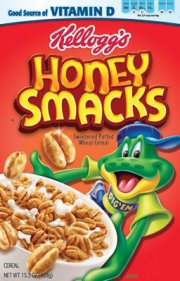 Not surprisingly, at a time when Tony the Tiger, Lucky the Leprechaun and the Trix Rabbit were highly visible brand mascots, the category that took the brunt of the sugar shellacking was cereal. Brands with the word "sugar" in the name, such as Sugar Smacks, were given more innocuous titles like Honey Smacks. Super Sugar Crisp was redubbed Super Golden Crisp, though its cartoon mascot remained.

After considerable lobbying, the FTC backed down and said that while the pursuit was a worthy one, there was no workable solution.

Obesity battle heats up
It wasn't until 2001 that child obesity became a major public-health concern. That year, Surgeon General David Satcher declared that the nation's obesity epidemic had gotten so dire that it could overtake tobacco as the leading cause of preventable deaths and called on everyone from school administrations to food companies to get back to a skinnier America. 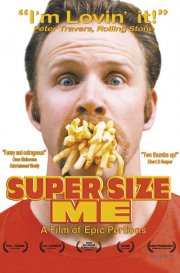 While the surgeon general did not initially single out fast-feeders, they quickly became a target . Packaged foods by then had already been required to include nutritional information labels. At the time, restaurants did not. In fact, fast-feeders were in an arms race of bigger servings of sodas and fries. It was the perfect setup for a work like Morgan Spurlock's "Super Size Me," which made for stark visuals and easily digestible entertainment that drew consumer attention to the issue.

Where does advertising fit in to all of this, especially when dealing with the subject of childhood obesity? Dale Kunkel, professor of communication at the University of Arizona and longtime kids' marketing researcher, called it a "significant contributor." But he also pointed to a number of other contributing factors, including the decline of activity among kids, fewer family meals and the proliferation of fast-food outlets in the latter part of the 20th century.

"In the last 10 to 12 years there's been much more attention paid to childhood obesity ... [but] no one is suggesting that advertising is the sole contributor," Mr. Kunkel said.

"Quick-serve restaurants have gotten a great deal of attention because kids like [fast] food," said Dan Jaffe, exec VP-government relations at the Association of National Advertisers. "Anything that 's of significant interest to kids is going to get a lot of focus."

"For the children," of course, is an effective rallying cry. But aside from the 1990 Children's Television Act (which in part limits the amount of time broadcasters can devote to ads in children's programs) and the 1998 Children's Online Privacy and Protection Act (which deals with parental consent and data collection), self-regulation is still the order of the day in adland.

In June 2004, the National Advertising Review Council issued its white paper, "Guidance for Food Advertising Self-Regulation," with a section on marketing to kids. The Institute of Medicine, at the request of Congress and sponsored by the U.S. Centers for Disease Control and Prevention, released a 2006 report, "Food Marketing to Children and Youth: Threat or Opportunity?" about the effects of marketing to children and obesity.

That report sparked wide response from both sides, with those in the industry saying that the report couldn't find a relationship between childhood obesity and advertising. Mr. Kunkel, who sat on the report panel, said that marketing-industry advocates quoted it out of context, and that the tobacco industry did the same thing when it came under fire. "The report says that we cannot point at food marketing unequivocally as the direct cause of obesity....[But] food marketing to children is a clear contributor to childhood obesity."

The Children's Food and Beverage Advertising Initiative , a self-regulating body that focuses specifically on foods and how they're marketed to children, came about after the Institute of Medicine's report. The voluntary initiative includes 16 of the biggest food marketers; McDonald's and Burger King are the only restaurants on the list.

Elaine Kolish, VP-director of CFBAI, said that when it comes to fast food, McDonald's and Burger King, after revamping kids' menus, among other efforts, are "leading children's advertising for fast food...I think that 's a really positive thing, because it helps popularize fruit and dairy to kids."

Indeed, McDonald's has introduced a Happy Meal featuring apple slices, fewer fries and a low-fat dairy option. In 1979, its hamburger meal was about 630 calories. Today, the hamburger Happy Meal is about 465 calories.

Whether demand is there is another issue: You can lead a kid to carrots, but you can't make him eat. Sales of kids' meals at U.S. fast-food restaurants have been declining since 2007, according to NPD Group, with visits last year dropping 5% over the previous year. Whether this is through parents being more health conscious in their choices for their children or their kids snubbing better-for-you foods is debatable.

As part of McDonald's education effort, its characters have been pressed into service urging children to exercise rather than to eat. Marlena Peleo-Lazar, chief creative officer at McDonald's USA, said that the chain is using new characters, such as a young boy named Ferris who teaches his pet goat the importance of a balanced diet, to make nutrition interesting for kids.

"We think lecturing about nutrition doesn't make kids embrace the subject, so [we're trying a] highly inventive and creative way that kids will process and enjoy it," Ms. Peleo-Lazar said.

McDonald's is far from alone in those initiatives. The National Restaurant Association launched its LiveWell program last year. Nineteen chains, including Burger King, Chili's and IHOP, pledged to offer and promote a selection of items that meet nutritional criteria based on health organizations' scientific recommendations, including the 2010 USDA dietary guidelines.

Burger King in November 2011 rebranded its entire kids' platform and introduced the BK Crown program. The chain stopped automatically including fries in kids' meals and offered oatmeal as part of its kids' breakfast menu.

As for the future of self-regulation, the prospect of new guidelines from the government is uncertain. The Interagency Working Group -- comprising the Federal Trade Commission, Food and Drug Administration, Agriculture Department and Centers for Disease Control and Prevention -- was instructed by Congress to prepare voluntary guidelines that would limit the marketing of certain foods and beverages to children.

The group in the last year released a draft of the guidelines. They were met with strong resistance from industry advocates, who considered them draconian, extreme and unprecedented. Some said that the guidelines, though nominally voluntary, were essentially back-door legislation that could be in violation of the First Amendment.

Among the proposed restrictions, marketers would not be allowed to use kid-oriented animated or licensed characters, which could implicate everyone from Ronald McDonald to Snap, Crackle and Pop.

As part of an attempt to counter the stronger proposals drafted by the Obama administration, the CFBAI said it would, for the first time, enforce the same nutritional standards for all 16 of its voluntary members rather than letting the companies pick their own rules.

By December, a rider was tacked onto the omnibus spending bill that required the IWG to do a cost-benefit analysis of food-marketing guidelines, weighing a possible reduction in childhood obesity, with what opponents say will be an inevitable reduction in advertising jobs and the loss of sales for marketers.

Susan Linn, director at Center for a Commercial-Free Childhood, said that the cost-benefit-analysis move was "just another way of postponing" government recommendations and added that the industry did a huge amount of lobbying to diminish the IWG's ability to release guidelines. "Self-regulation doesn't work when it comes to marketing to kids," she said. "We shouldn't be marketing anything to kids. We should be marketing to parents."

Ms. Kolish said that the CFBAI intends to continue on its path of self-regulation regardless of whether the government is able to issue recommendations.

"The heat is going to stay on," said Mr. Jaffe. "I can assure you, it may not happen right now, but we will see more legislation and more efforts in this area. There's a tremendous amount of effort to try and link advertising to obesity."

And like it or not, Ronald McDonald -- like Joe Camel before him -- is the most-recognizable face of advertising in an embattled category.